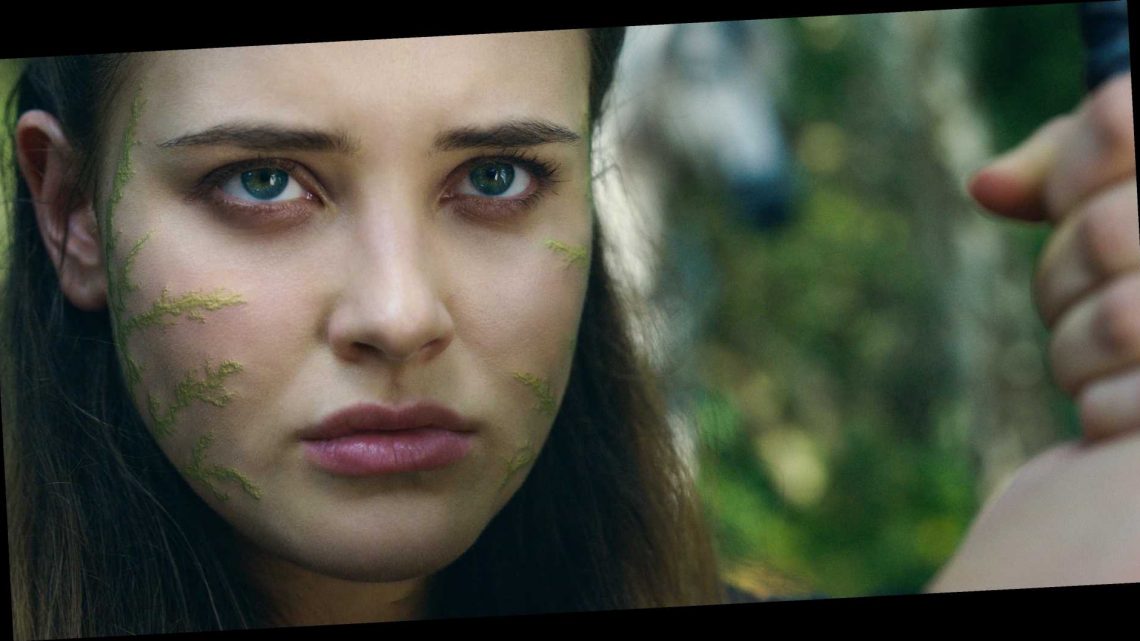 Based on the New York Times bestselling book, Cursed is a re-imagination of the Arthurian legend. 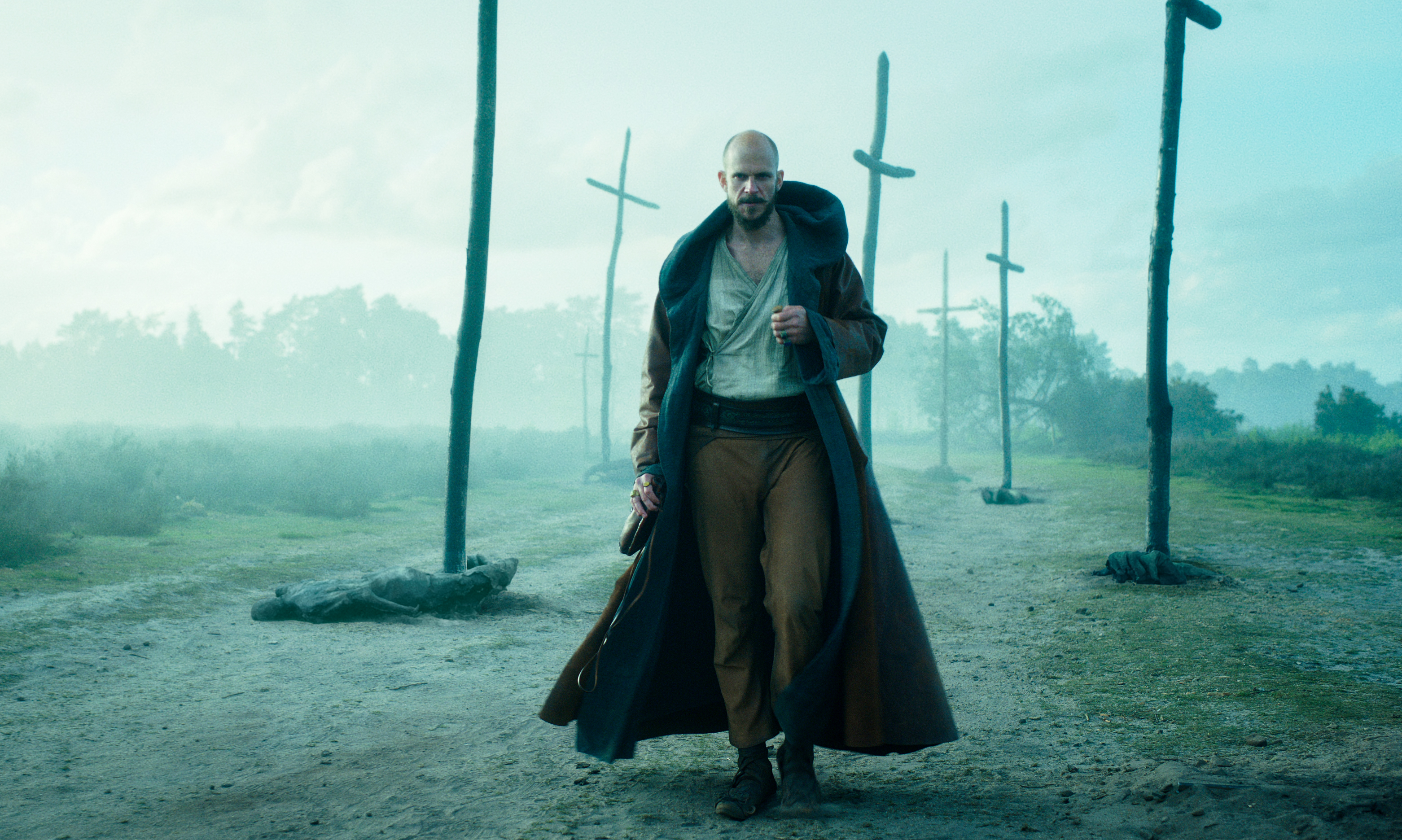 13 Reason's Why star Katherine Langford plays Nimue, a young woman with a mysterious gift who is destined to become the powerful – and tragic- Lady of the Lake.

After her mother's death, she finds an unexpected partner in Arthur, a humble mercenary, in a quest to find Merlin and deliver an ancient sword.

The new trailer shows the moment Nimue is given the magic sword by her mother before they are torn apart as their village is burnt down.

In a cave, her mother tells her: "There is something you must do, take this to Merlin". 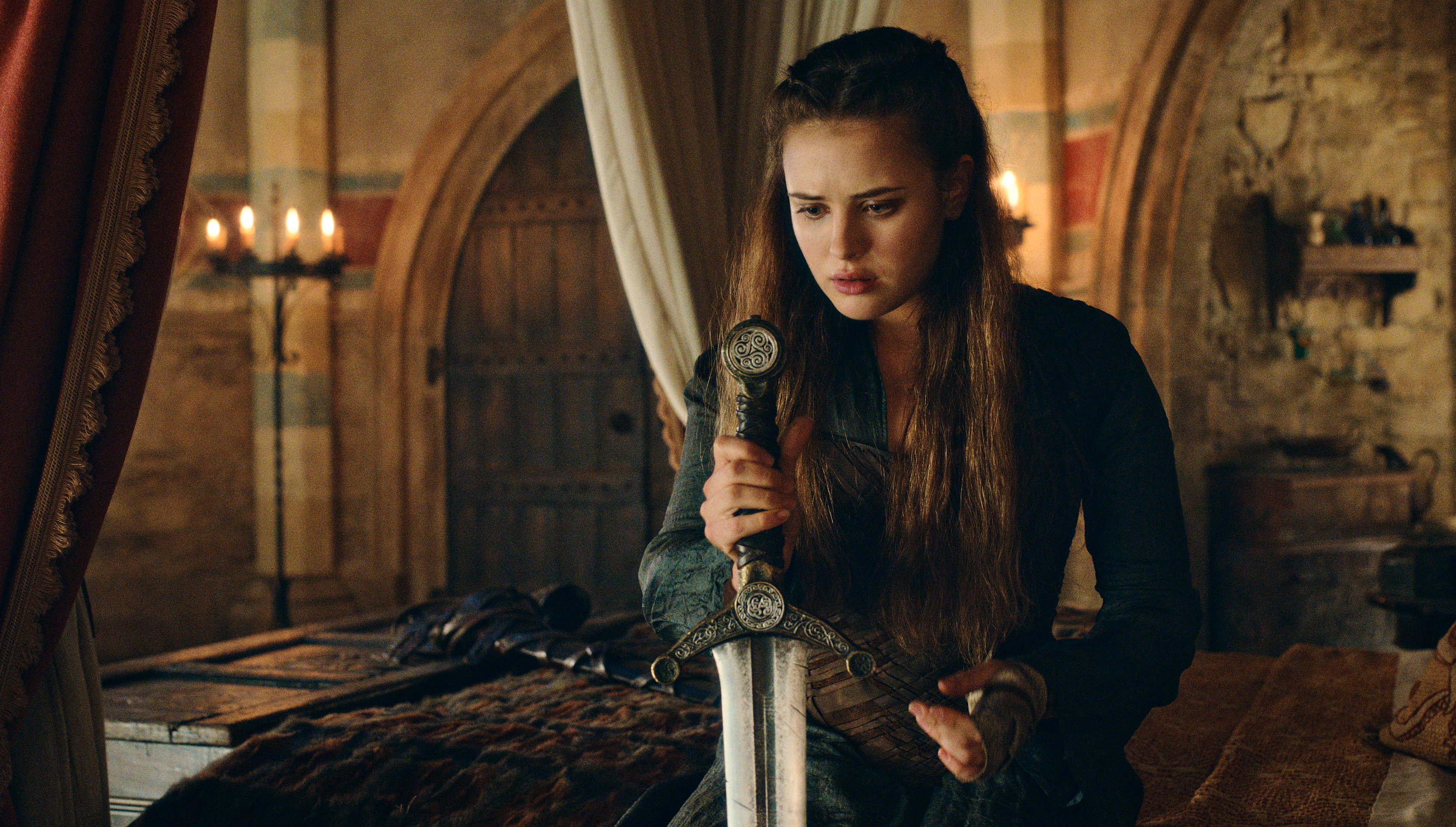 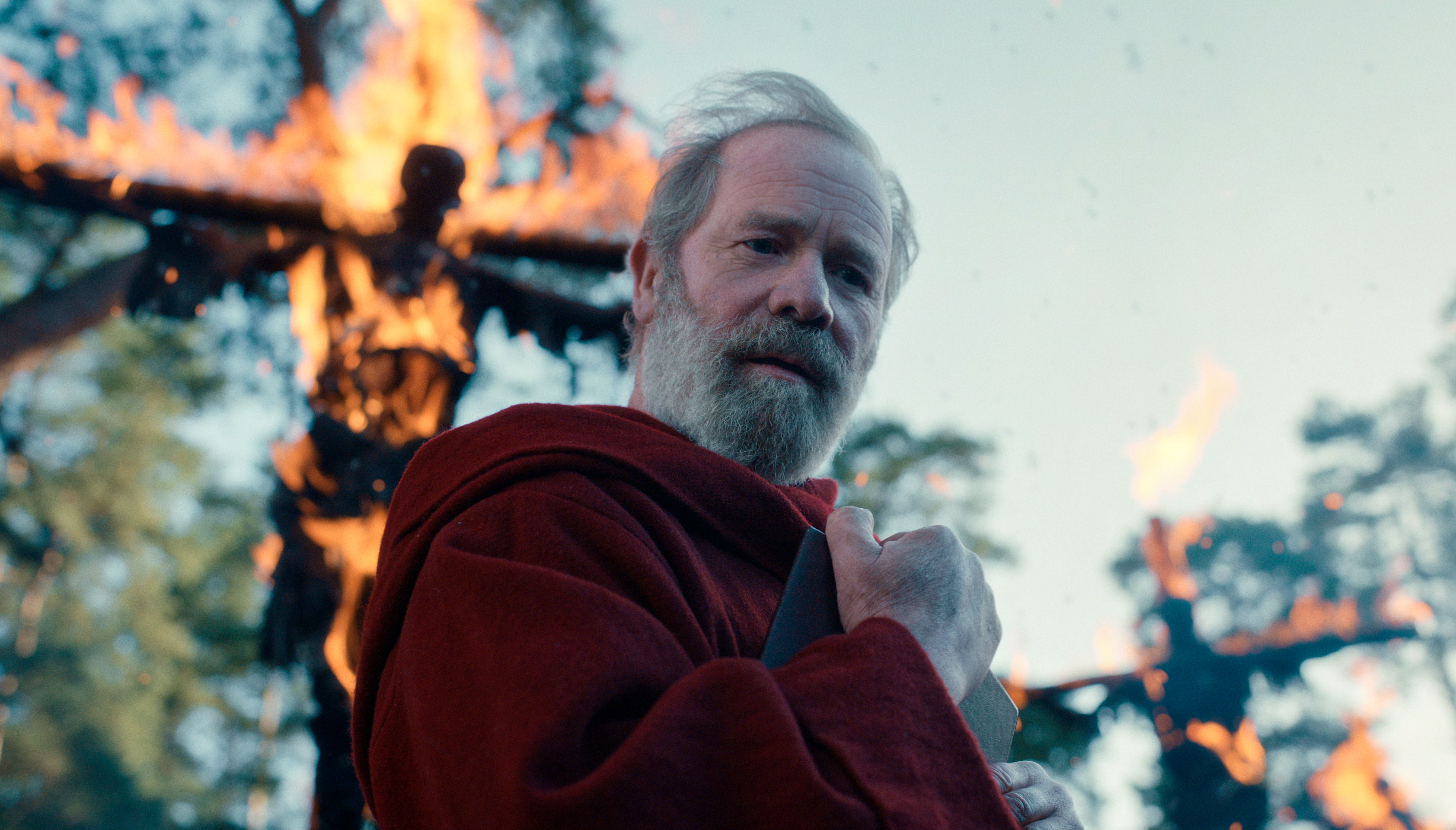 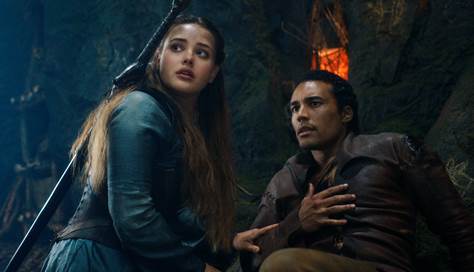 Nimue is then seen telling Arthur: "I promised her, and Arthur, I will keep that promise."

Over the course of her journey, which is full of sword fights, horse chases and fear, Nimue will become a symbol of courage and rebellion against the terrifying Red Paladins, and their complicit King Uther.

However, the Red Paladins are a fierce foe, with a male voice revealing: "Our mission is the extinction of magic."

"This is war. In war there can be no mercy. We can end them." 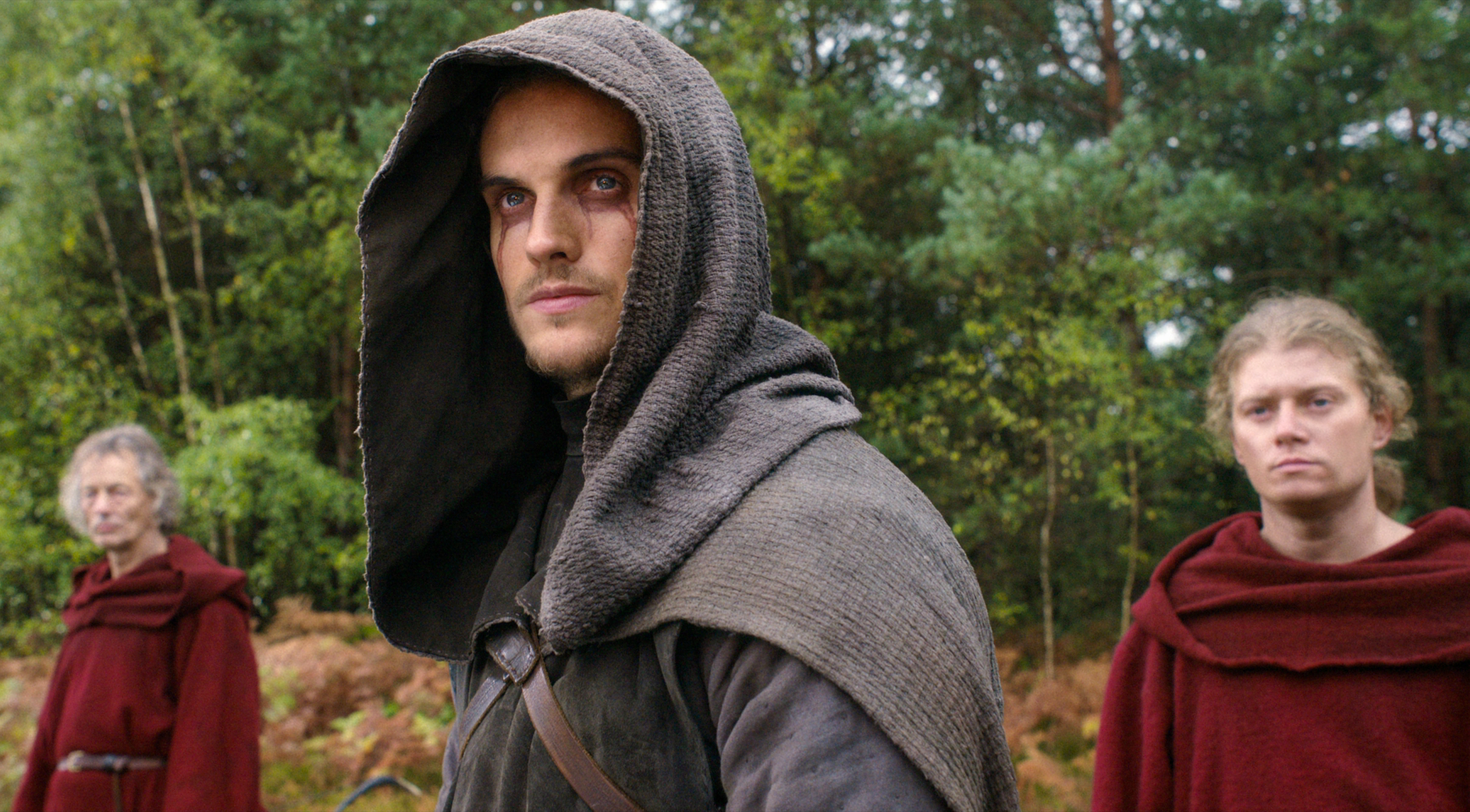 Meanwhile Merlin, (Gustaf Skarsgard) has his own battle as he reveals: "I have no magic, that's what the sword took from me."

A male voice over then adds: "The sword is cursed and will corrupt all who wield it." 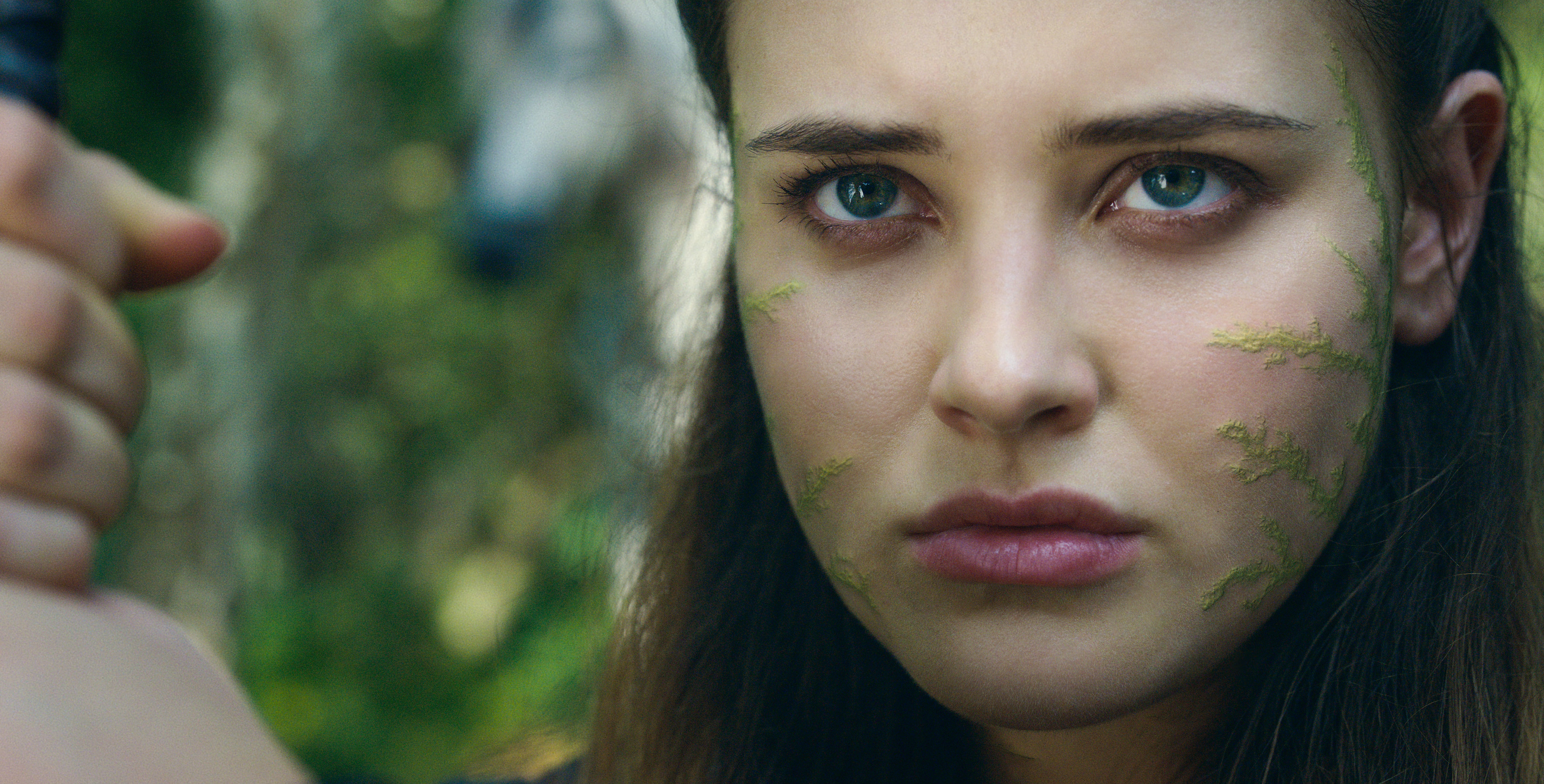 The trailer then returns to Nimue, who is being told to lead her people.

But with the magnitude of her task and what is happening across the land clearly affecting her, she cries: "Lead them where? To more slaughter?!"

But she is told: "You are not some fragile maid, you are a warrior."

As more action from the series flashes on screen, Nimue then declares: "This is our only chance of survival".