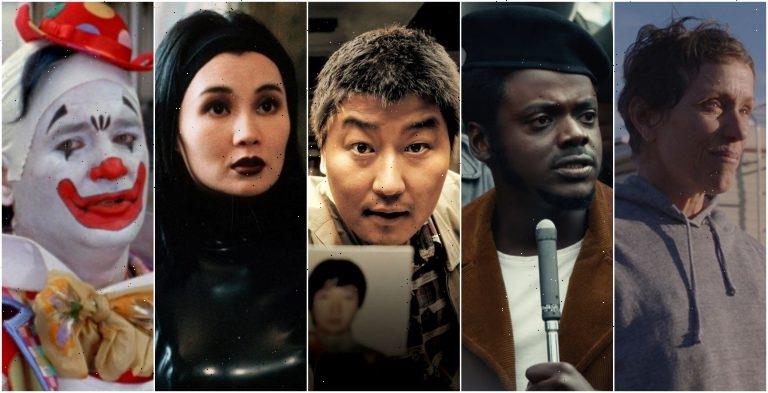 Still clinging to physical media like a drowning person clinging to a life preserver? Me too, reader. Me too. Which is why I’ve compiled a round-up of some recent Blu-ray releases you’re going to want to check out.

Bong Joon-ho‘s 2003 masterpiece returns, restored by the Criterion Collection. The film remains just as haunting and memorable as it was all those years ago – perhaps even more so now. At the time the film was made, Memories of Murder was inspired by a real series of unsolved murders. In the years since its release the killer has been caught, which makes the film’s unsettling, open-ending ending extra eerie. Memories follows three very different cops – the cocky Park Doo-man (Song Kang-ho), who thinks highly of himself and his detective skills; his violent, angry partner Cho Yong-koo (Kim Roi-ha); and Seo Tae-yoon (Kim Sang-kyung), a quiet, methodical, brilliant cop who comes from Seoul to assist with a case. The case involves a series of brutal serial killings targeting young women. The killer strikes on rainy nights, and seems to be unstoppable. Like David Fincher’s Zodiac, which owes a huge debt to Memories of Murder, this isn’t really a murder mystery as much as it is about men who grow obsessed with solving that mystery, only to come up short despite their best efforts. Bong is exacting in how he lets this unfold – he spends most of the time with the cops, but also cuts away to the killer stalking his prey in the rain. One particular sequence, where a young woman realizes she’s being followed and tries to run away – only to run right into the killer – is one of the creepiest scenes ever captured on film. This was only Bong’s second feature film, and the fact that he was able to deliver something like this so early in his career is nothing short of amazing.

No question here, this is a must-have. For one thing, Memories of Murder has never been available on Blu-ray here before. For another, Criterion has restored it with Bong’s approval. Like the recent Wong Kar-wai box set from Criterion, there’s been some criticism about the color correcting on this new release – it doesn’t look the same as it did when it arrived in 2003, and the color tones are darker. This may turn off some folks, but again, Bong approved this remaster and cinematographer Kim Hyung Ku supervised things, so I think we should give them the benefit of the doubt since it’s their movie. In addition to that you get a new interview with Bong talking about the real case that inspired the film, and also a new featurette where Guillermo del Toro talks about what makes the film so damn great.

“Unclassifiable” is probably the best word to describe Olivier Assayas‘s odd, wonderful Irma Vep. A movie about making movies – or rather, trying to make movies and not really getting anywhere – Irma Vep stars jaw-droppingly gorgeous international superstar Maggie Cheung as herself. She’s been brought to France to star in a remake of Les vampires, a French silent crime serial from the early 1900s. But once she arrives on set she finds things falling apart quickly. The director (Jean-Pierre Léau) is obsessed with perfection while also being doubtful of the very material he’s working on, and the costume designer (Nathalie Richard) develops an understandable crush on the star. Cheung is caught in the middle of it all, unable to speak the language and often left behind as crew members speed off for the night. The end result is a film both playful and strange.

This is another purchase. Irma Vep is so hypnotic and uncanny that it inspires multiple viewings. It feels like the type of movie to get lost in; even if you’re unsure of exactly what’s happening the film’s atmosphere and tone are so outstanding that you’re swept up in it all. Throw in a new restoration and you have yourself something great.

The recent Oscar winner for Best Picture, Best Director, and Best Actress really is as good as you’ve heard, and maybe better. Chloé Zhao‘s quiet, gorgeous, heartbreaking film follows Fern (Frances McDormand), who works a seasonal gig at Amazon and lives out of her van. She travels the country in a nomadic lifestyle, always moving, always encountering either new or familiar faces. She drifts, and she finds an America that is both terrible and beautiful. There’s been some criticism regarding Nomadland‘s lack of criticism for a company like Amazon, but that’s not what the film is about. Plus, I’d argue that a movie where the main character works at Amazon and still has to live out of a van and go to the bathroom in a bucket is criticism on its own. Zhao excels at finding quiet, reflective moments, and McDormand’s layered, subtle performances anchors it all.

Nomadland is currently streaming on Hulu, so you could always just stream it there. But streaming is fleeting, physical media lasts forever. If you’re fond of Nomadland, this should be a purchase. Plus, since it’s technically a Disney title, it helps to show the House of Mouse that physical media still matters – because make no mistake, they’ll phase it out soon if they feel like it.