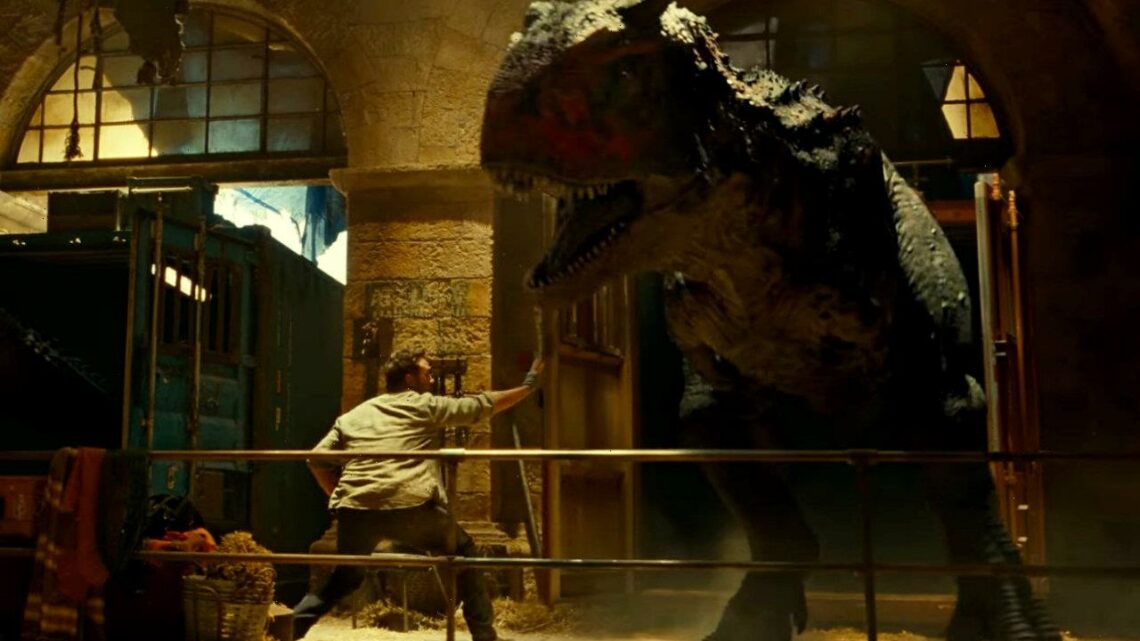 As the doomsday clock is ticking, Chris Pratt’s Owen Grady needs the original trio’s expertise to save mankind while he sets out on a quest to deliver a baby raptor.

AceShowbiz -“Jurassic World Dominion” is likely to outlive its predecessors with bigger and more menacing dinosaurs. Universal Pictures has debuted a new trailer for the upcoming movie, giving a look at some new prehistoric reptiles that are bringing threat to humankind.

The video opens with a glimpse Owen Grady’s (Chris Pratt) secluded life on a snowy mountain with Isabella Sermon‘s Maisie Lockwood. He once again runs into Blue and learns that it has a baby, which is soon kidnapped by a group of thugs. Owen, showing his loyalty to Blue, promises that he will bring back the baby raptor to its mom.

As Owen sets out on a quest to deliver Blue’s baby, a bunch of dinosaurs wreak havoc everywhere around the globe. Owen realizes that he needs some expertise to deal with the matter and that’s when the original trio, Jeff Goldblum‘s Ian Malcolm, Laura Dern‘s Dr. Ellie Sattler and Sam Neill‘s Dr. Alan Grant, are back into the fold.

“Genetic power has now been unleashed,” someone ominously warns, while Dr. Henry Wu (B.D. Wong) is seen admitting, “We made a terrible mistake.” In another scene, Ian predicts, “The doomsday clock may be about out of time.”

The trailer also teases the Giganotosaurus, a theropod which has been described as having a Joker-like personality, or as Alan calls it, “the biggest carnivore the world has ever seen,” as it terrorizes our protagonists. Director Colin Trevorrow has previously said he “wanted something that felt like the Joker” and promised that it “just wants to watch the world burn.”

Billed as “a bold, timely and breathtaking new adventure that spans the globe,” “Jurassic World: Dominion” takes place four years after Isla Nublar has been destroyed. Dinosaurs now live-and hunt-alongside humans all over the world. This fragile balance will reshape the future and determine, once and for all, whether human beings are to remain the apex predators on a planet they now share with history’s most fearsome creatures.

The third installment and the end of the “Jurassic World” trilogy will invade theaters on June 10.

Liam Smith vs Jessie Vargas time: When are ring walks in UK and US for fight this weekend?
World News