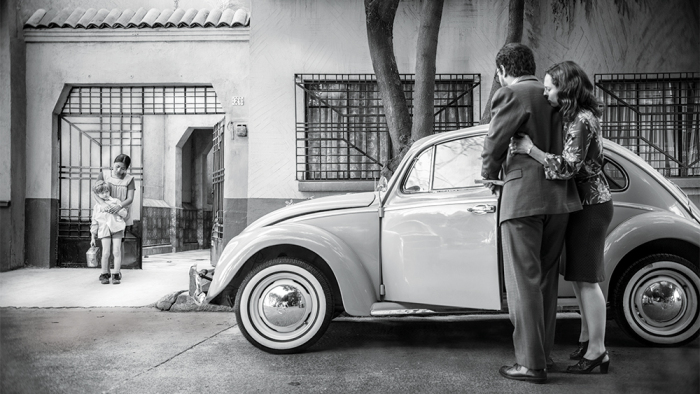 Netflix will expand Alfonso Cuaron’s “Roma” to more than 100 theaters in the United States and will open the awards contender in more than 500 theaters internationally in over 40 countries.

Netflix will start streaming the awards contender on Dec. 14. Its announcement of the specifics of the expansion Friday indicates that the company wants to show that it’s giving “Roma” more than a cursory showing in theaters — even though it has defied Hollywood convention by not disclosing any theatrical grosses so far.

The theatrical presentation of the black-and-white film began in the United States and Mexico on Nov. 21. Netflix says “Roma” has sold out theaters in New York, Los Angeles, Mexico City, London and Toronto.

The Mexico-set drama has created “passion and pride” and “Roma fever” from viewers in Mexico,” leading to an increasing number of theaters reaching out to exhibit the film. “Roma” will be in nearly 100 theaters throughout that country this weekend and screen in nearly 50 theaters in the U.S. and over 200 theaters internationally this weekend.

“Roma” premiered at the Venice Film Festival where it took home the Golden Lion for best film. It was named Best Picture of the year by the New York Film Critics Circle and received three Golden Globe Award nominations.

“We love this film and our goal is to bring this cinematic experience to audiences everywhere, and our theatrical plan, combined with the reach of our service, has made ​’Roma’ ​an event film and cultural moment,” said Scott Stuber, head of Netflix’s film group. “​’Roma’​ has played in festivals all over the world and we’re expanding our theatrical engagements, not only in major markets, but also in places like Honduras, South Africa, and Iceland. When the film premieres on December 14, we will be in 600 theaters worldwide.”

“Alfonso and everyone at Participant believe strongly in the theatrical experience,” said David Linde, CEO of producer Participant Media. “Choice and increased audience diversity around the world are also very important, and this incredible combination of the two worlds is something very exciting.”

“Roma” highlights Yalitza Aparicio as a live-in housekeeper in the middle-class neighborhood of Roma in Mexico City. It has been selected by Mexico as the country’s foreign-language submission for the 91st Academy Awards. The film, produced by Esperanto Filmoj and Participant Media, is also considered a strong contender for a best picture nomination. In the past 20 years, foreign-language films “Life Is Beautiful,” “Crouching Tiger, Hidden Dragon,” “Letters From Iwo Jima,” “Babel,” and “Amour” have all scored a best picture nod.