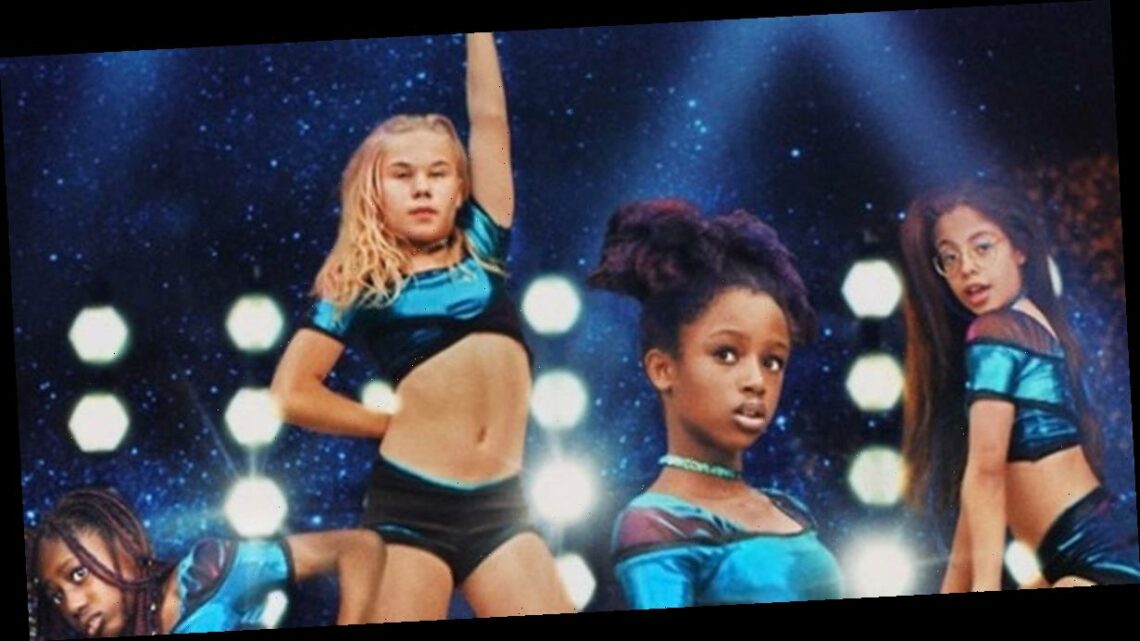 Netflix apologises for Cuties poster amid backlash for ‘sexualising kids’

The steaming service faced backlash for a poster that was accused of "sexualising" little girls.

Addressing the negative comments, Netflix tweeted: "We're deeply sorry for the inappropriate artwork that we used for Mignonnes/Cuties.

"It was not OK, nor was it representative of this French film which won an award at Sundance.

The movie follows follows 11-year-old Amy, a Senegalese Muslim immigrant who becomes obsessed with, and secretly joins, a dance troupe.

In one promotional poster for the flick, Amy and her pals could be seen wearing crop tops and hot pants, with knee pads, as they cut sexy dance poses under the backdrop of stage lights, which has caused a great deal of outrage on social media.

In contrast, the French edition of the poster shows the four lead characters laughing and dancing, toting shopping bags – albeit wearing bras and underwear over their clothes, but appearing more lighthearted.

Angry fans were left unimpressed, with one writing: "After researching the film and reading articles from the director and people who’ve seen it, you grossly misadvertised the content of the film and made it seem like it was everything it was trying to make a point against."

"I hope you’ll be publicly apologising to the director too."

Another ranted: "How in the hell was it approved to begin with?"

'I feel like the #Netflix marketing team has a lot to answer for.'

The original synopsis reads: "Amy, an 11-year-old girl, joins a group of dancers named “the cuties” at school, and rapidly grows aware of her burgeoning femininity – upsetting her mother and her values in the process."

The description for the movie now reads: "11-year-old Amy stars to rebel against her conservative family’s traditions when she becomes fascinated with a free-spirited dance crew."

The film, which stars 11-year-old Fathia Youssouf as Amy, premiered at this year’s Sundance festival in the World Cinema Dramatic Competition, winning a Directing Jury Award.

Cuties is Maïmouna Doucouné debut directorial venture, after she impressed critics with her short films.

Strictly's Neil Jones beams as he steps out with girlfriend Luisa