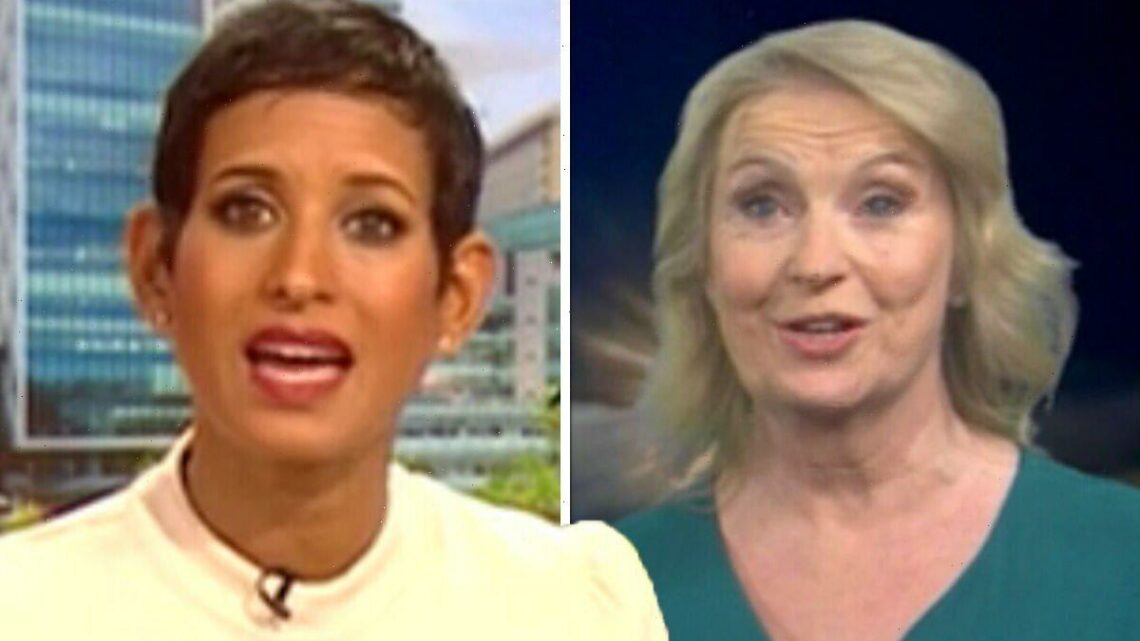 Naga Munchetty took a cheeky dig at Carol Kirkwood on Wednesday as she and Charlie Stayt shared the news of the first coins bearing King Charles’ image going into circulation with BBC Breakfast viewers. As Carol reflected on the coins she has seen come and go, Naga couldn’t resist making a joke about the weather presenter’s age.

Charlie continued: “Five million are being distributed to post offices and will be given out to customers.

“The sculptor Martin Jennings used pictures of King Charles on his 70th birthday to create the new image.

“He said it’s his smallest piece of artwork to date.”

Naga remarked: “I imagine when he drew it, he didn’t draw it that small.”

Puzzled, Charlie replied: “Well I don’t know I don’t know the answer to that. Maybe he did miniaturise one of his own pictures.”

Continuing, Naga asked: “Do you remember those days, I don’t know if people do it now because we don’t use cash as much, when you used to be really excited about getting a new coin?”

Charlie agreed before Naga asked Carol who was preparing to share the latest weather report.

“There’s the nostalgia,” Naga said. “Carol, do you know that feeling?

“Do you remember you’d get really excited because you’d have a new picture of the Royal Family or a special minted coin.

“You’d be excited about it and you’d keep it and not spend it.”

Carol replied: “That’s absolutely right and when the new coins came out as well I remember that.

“We lost the thrup’nny bit and we picked up a half pence and a one pence.”

“Oh you do go back, don’t you?” Naga cheekily quipped.

Laughing, Carol smirked: “Why did I say that?”

“Thrup’nny bits, you never want to lose them,” Naga joked.

Carol then delivered the latest weather forecast in the usual fashion.

Before Thursday’s BBC Breakfast, Carol warned her Twitter followers of the cold day ahead.

BBC Breakfast airs on BBC One daily at 6am.