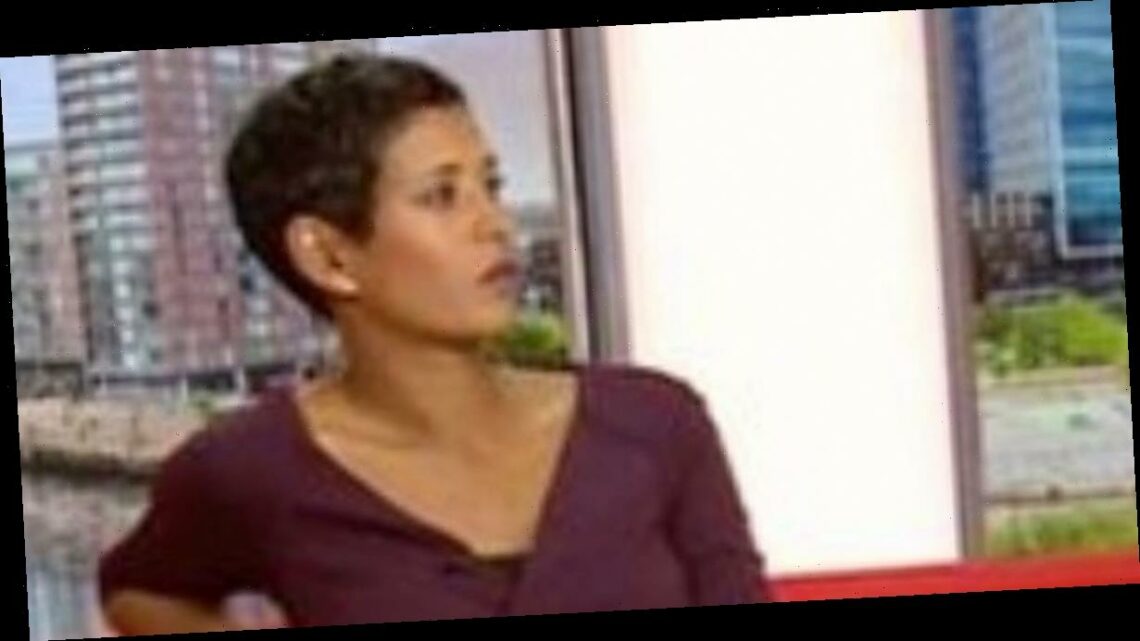 BBC Breakfast presenter Naga Munchetty wasn't thrilled today before Carol Kirkwood did her usual weather segment on the Thursday edition of the show.

As Carol began her segment, she accidentally slipped up on Naga's name, prompting the host to snap at her to "get it right".

Naga kicked things off by introducing Carol and weather just after the show started at 6am, saying: ""It's time to talk to Carol and find out what's happening with the weather.

"Now, Carol, I thought it was gonna be really rainy and horrible today but I'm feeling optimistic. Good morning." Carol replied: "And well you should too, Nana…" before she quickly noticed her mistake and corrected herself.

Naga jokingly hit back: "Get it right, Carol. Come on!"

Composing herself, Carol got into the swing of things, as she hit back: "Naga, it's only 10 past six for goodness sake."

She then referenced her awkward slip-up after finishing off the report, joking to the Naga and Charlie Stayt: "And I will get Naga's name right then too."

Charlie was clearly loving the drama as he asked: "I quite like – what do you think about the Nana thing?"

Naga did not seem thrilled as she hit back: "I'm not talking to her anymore." Charlie then reminded Naga that they had a colleague called Nana who is "lovely", and he told her she should take the mix-up as a compliment.

However, the BBC Breakfast host was not keen to let it go, as she told Carol: "So we've worked together, let's think, oh, 12 or 13 years.

"And you mistake me now with a gentleman from the office – I do know Nana, I think he is a very lovely gentleman.

"You just can't be bothered to say my name anymore, no?"

Luckily, the trio quickly made amends as the conversation quickly moved back to the news, presumably much to Carol's relief.

BBC Breakfast continues tomorrow at 6am on BBC.

Woman who had twins via surrogate 'broken' as one contracts meningitis