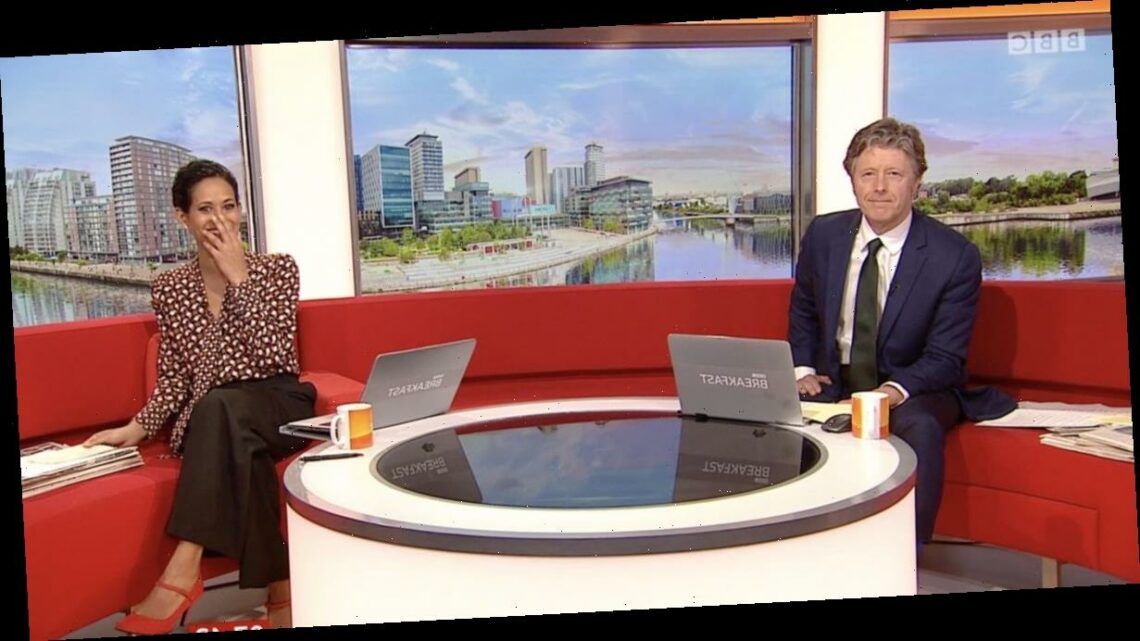 Naga Munchetty and Charlie ‘reminded of responsibilities’ after flag furore

BBC Breakfast hosts Naga Munchetty and Charlie Stayt have been reprimanded by BBC bosses after joking about an MP’s visible union flag.

The pair were “reminded of their responsibilities” after joking about the flag being “not up to standard size government interview measurements” last week, the Metro reported.

Charlie added at the end of the interview: “I think it’s just a little small, but that’s your department, really.”

But MP Robert Jenrick, speaking via video call from Westminster, did not reply.

Naga, meanwhile, collapsed into laughter, adding: “There’s always a flag. They had the picture of the Queen though. In the Westminster office I am assuming.”

She was forced to apologise for liking tweets that were “offensive in nature” after the programme.

She wrote: “I ‘liked’ tweets today that were offensive in nature about the use of the British flag as a backdrop in a government interview this morning.

“I have since removed these ‘likes’. This does not represent the views of me or the BBC. I apologise for any offence taken. Naga.”

The BBC has now revealed it received complains from viewers who were “unhappy” about the comments made on air, and the subsequent social media activity.

The broadcaster released a statement which read: “At the end of a long, serious interview with the Housing, Communities and Local Government Secretary Robert Jenrick, Charlie Stayt made an off the cuff remark about the size of the flag behind Mr Jenrick.

“It was meant as a light-hearted, off the cuff comment and no offence or disrespect was intended. Naga and Charlie have been spoken to and reminded of their responsibilities, including the BBC’s impartiality and social media guidelines.”

The BBC’s new director-general Tim Davie issued a warning to BBC staff about social media use in September last year.

New employee guidelines warn now to bring the corporation “into disrepute” with online behaviour, including avoiding bias through follows, likes or shares.

It also came under fire for appearing to ban its staff members from attending events such as LGBTQ+ pride parades.

The guidelines said BBC News employees shouldn’t attend marches about “controversial issues”, with some reportedly told they may not be able to join Pride events.

However, Tim Davie later clarified that journalists could attend Pride as long as they were not “taking a stand on politicised or contested issues.”

BBC employees should not “express a personal opinion on matters of public policy, politics, or controversial subjects.”