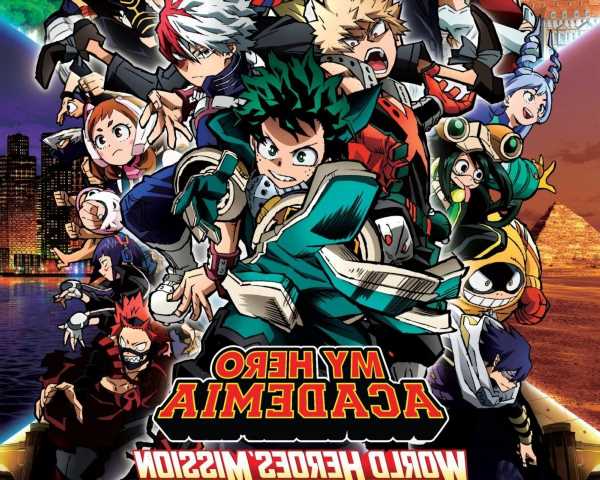 My Hero Academia: World Heroes’ Mission makes its U.S. debut on Oct. 29, and the movie promises to shake things up for the anime’s main characters. The trailer and synopsis tease Deku and his friends going undercover in the film. Deku in particular needs to make sure he’s not recognized — and fans find the reason for that hilarious.

Deku is a wanted man in ‘My Hero Academia: World Heroes’ Mission’

“When a sinister organization threatens to wipe out all superhuman powers, the fate of the world is on the line. With two hours until the collapse of civilization, Deku, Bakugo, and Todoroki manage to work as a team, but there’s still one problem. Deku’s on the run for murder.”

Of course, anyone who’s watched a few episodes of My Hero Academia knows how ludicrous that accusation is. Deku is one of the kindest characters on the show. That’s not to mention his penchant for saving people — even those who don’t necessarily deserve it.

And seeing Deku on a “wanted” poster in the My Hero Academia: World Heroes’ Mission trailer is entertaining fans ahead of the movie’s release. It’s just that hard to imagine him as a violent criminal.

There’s no denying that Deku is a force to be reckoned with when he’s using One for All. However, All Might’s successor shows mercy toward just about every villain — and he’d never hurt an innocent person.

Perhaps that’s why fans are finding his storyline in the new My Hero Academia movie so amusing. In most Reddit discussions of the upcoming film, people are questioning how anyone could think Deku is a mass murderer.

“That picture of Deku they used definitely strikes fear into everyone who sees it,” one fan joked on Reddit. “Face of a mass murderer indeed.”

“That pic of cute friendly Deku juxtaposed with MASS MURDER has me laughing,” another Redditor wrote.

That sentiment prevails throughout the thread, driving one point home: fans are really getting a kick out of this plot point. To be fair, it is a pretty ridiculous concept. One has to wonder how it came about.

How did Deku get accused of murder in the new ‘My Hero Academia’ movie?

Fans might know Deku would never kill anyone, but that doesn’t change the fact that he’s wanted for murder in My Hero Academia: World Heroes’ Mission. So, how did the anime’s main character wind up in this situation?

Viewers won’t know for sure until the new My Hero Academia movie arrives. However, it’s safe to assume the villain has something to do with it. Although we don’t know much about the film’s Big Bad, the trailer alludes to him being some type of cult leader. He also has a huge problem with Quirks.

It’s possible the villain framed Deku for a crime he committed. Painting hero society in a negative light would certainly provide a talking point for his vendetta against Quirks. What better way to get civilians on his side?

Of course, that doesn’t explain why the villain would go after Deku of all people. That’s a question best answered by the upcoming movie — and fortunately, fans don’t have long to wait.

My Hero Academia: World Heroes’ Mission hits select theaters on Oct. 29. The film will explain why Deku and his friends are incognito. Hopefully, it will also show them finding a way out of their predicament.

Gogglebox fear that fan favourites have secretly QUIT as they're mysteriously absent from tonight's ep – did you notice?
World News