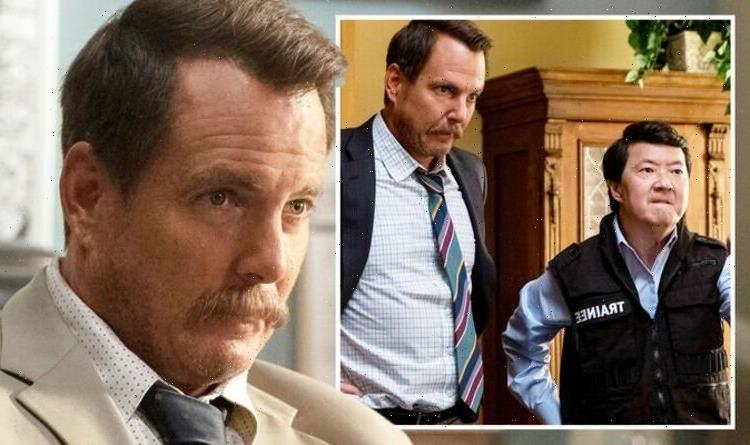 Murderville: Will Arnett calls himself a millennial in outtake

The Hangover star Ken Jeong took on the role of trainee detective alongside Will Arnett’s Terry Seattle in the season one finale of Netflix’s improv comedy, Murderville. Together, the pair finally had a break in a cold case that had haunted Terry for years revolving around the murder of his ex-partner Lori (played by Jennifer Aniston).

However, while the show was no stranger to leaving the actors’ slip-ups and laughter in the final edits, one scene between Ken and Will wasn’t allowed in.

And Ken was keen to share the moment with his Instagram followers as he reposted the moment from the Netflix Is A Joke page.

The outtake was captioned: “We are so happy this Murderville outtake of Will Arnett‘s millennial rant exists. @arnettwill.”

In the axed moment, Terry, Ken, Daz (Philip Smithed), Amber (Lilan Bowden) and Chief Ronda (Haneefah Wood) return to the scene of Lori’s murder and try to get Ken to recreate the position she would’ve been found in.

Amber reaches over Ken for a clue as she says: “And there’s this infamous mystery card.

“Three rectangles cut out,” she adds. “We’ve never been able to figure out what it was.”

“What do you think, Ken?” Terry asks prompting the Murderville guest to improvise and reply: “Could this be like, you remember back in the day, in the 70s, you had these IBM-like computers and those are like information cards.”

But Arnett spotted the perfect chance for a joke as he improvised through Terry: “Of course I don’t remember back then!

However, while the hilarious reply was comedic gold, Ken’s raucous laughter could be heard over the top.

As Ken struggles to keep a poker face, Terry continues: “Okay? And we’re all… I’m a millennial.

“Okay, I’m a millennial,” Terry protests to his colleagues while they argue back and Ken continues to burst into laughter.

Taking a swipe at the younger generation, Terry goes on: “And my job is not creative enough for me, okay?

“And I wanna be able to do what I wanna do and I wanna work from home and I don’t wanna have to work too hard.”

Ken’s laughter continues to get louder as Arnett’s character adds: “Okay, and if it’s not fun, then it’s not worth doing and everybody is my enemy.

“And everything is wrong with everything and nobody does anything right,” his rant concludes.

The hilarious moment may not have made it to the final edit, but after being shared online, it soon became clear Ken wasn’t the only one who found it amusing.

Replying to Ken’s Instagram, The Walking Dead showrunner Angela Kang was one person who reacted, simply commenting with a crying with laughter emoji.

Instagram user @gioardio added: “Awesome! Such a fun show and it was a joy watching your reactions to the unfolding craziness.”

“Hahaha watched this last night!! Haven’t gotten to your episode. Love the improvisation, I was crying laughing at some of these. Can’t wait to watch your episode!!” @adris_world220 echoed.

Murderville is available to stream on Netflix now.

Who is Nick Heise?

Devin Hester, the record-setting Chicago Bears returner, misses out in his 1st bid for the Pro Football Hall of Fame. Here’s a look back at his ‘ridiculous’ career. – The Denver Post
World News