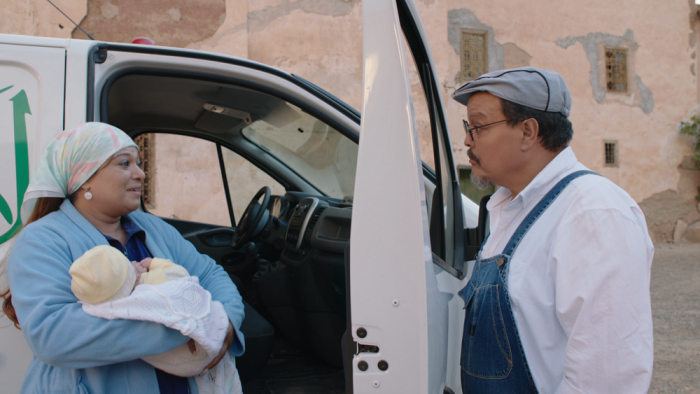 Morocco is becoming a popular destination for international film and TV shoots, while Moroccan talent is producing cinema and TV content that is traveling widely abroad.

Earlier this year Morocco implemented a new 20% cash rebate scheme that has helped generate a foreign production spend of $60 million up until last month, up on the $48 million spend recorded last year, according to Sarim Fassi Fihri, head of the Moroccan Cinema Center.

The main international TV series to shoot in the kingdom include “Baghdad Central,” produced by Euston Films, which tells the story of the Iraqi capital in 2003, Italian-American eight-part series “Zero Zero Zero,” from the creators of the 2014 hit “Gomorrah,” and French TV series “Spy” by Gideon Raff, starring Sacha Baron Cohen, based on Israel’s Mossad spy Eli Cohen in Syria.

The total budget available for the cash rebate scheme in 2018 was $11 million and Fassi Fihri says that he knows of several producers that are waiting to file new projects in January 2019 to take advantage of the scheme.

In terms of domestic film production, Moroccan films continue to maintain a high level of popularity amongst local audiences.

The two biggest local hits this year, which occupied the top two positions in the national box office, were Abdellah Toukouna’s comedy road movie “Korsa” and Driss Mrini’s comedy “Lahnech,” about a police impersonator. Each films clocked up more than 120,000 admissions, and were the opening and closing films in the Marrakech film fest’s open-air screenings at the city’s iconic Place Jemaa el Fna. Other popular local films in 2018 were Nabil Ayouch’s dystopian drama “Razzia,” and Noureddine Lakhmari’s thriller “Burnout,” each with more than 60,000 admissions.

One of the main challenges facing Moroccan cinema is the lack of screens, with many old picture palaces closed in recent years. Current total admissions in Morocco are 1.5 million, but new multiplexes are due to open soon.

The country’s main exhibitor, Megarama, re-opened two three-screeners in 2018 – Le Colisé, in Rabat and Le Goya in Tangier, and will open an 11-screener in Rabat in spring 2019.

Megarama CEO Jean-Pierre Lemoine nonetheless states that the sector continues to be ravaged by rampant piracy which undermines the business.

French exhibition chain Pathé is rumored to be planning to build a multiplex in Casablanca but no investment dossier has been presented to date.

Streaming platforms such as Amazon and Netflix offer an important new window for local filmmakers – for example the rights to “Razzia” were sold to Amazon.

Domestic production this year was hindered by delayed payments of tranches of awarded subsidies, which has meant that some local producers have had to take out bank credit or postpone shoots.

This has led to a recent petition to resolve the situation, signed by Moroccan filmmakers and actors, but there are expectations that the problem will be resolved in 2019.

The filmmakers interviewed by Variety at Marrakech were upbeat about the rising presence of Moroccan films in leading international fests in 2018.

Narjiss Nejjar, whose “Stateless” premiered in Berlin in 2018, is now the head of the National Cinematheque in Rabat, which has two 320-seat screens.

She has been reinforcing partnerships with other cinematheques in Europe, the Arab world and Africa.

During the Marrakech fest she said she had the opportunity to discuss issues of film preservation at length with Martin Scorsese and hopes to cement stronger ties with his The Film Foundation.

“Martin has such incredible enthusiasm, passion and inner energy and tremendous generosity. I ask for nothing and he proposes new ideas. It’s amazing.”

The Cinematheque’s current restoration projects include two pics directed by veteran local helmer Jilali Ferhati, who was honored with a career tribute at Marrakech – “A Hole in the Wall” (1978) and “The Beach of Lost Children” (1991).

Nejjar is convinced that Morocco has a unique opportunity to pioneer film restoration and film education initiatives that can have a vital impact on the Arab and African world.

As a woman filmmaker she is also delighted by the new women’s voices that are emerging in Morocco and across Africa.

Benm’barek, whose debut feature, “Sofia,” won the screenplay award at Cannes in 2018, echoes this idea and believes that a new wave of male and female Moroccan filmmakers is arriving. She plans to shoot her next feature in France.

Tala Hadid, who served as jury member in this year’s fest and now lives in Marrakech, is prepping the second part of the trilogy that began with her Berlin-player “House in the Fields.” She is also developing two other projects that explore the boundaries between fiction and documentary.

She says that after growing up in London, her move to the historic center of Marrakech has opened up a new universe: “Here every time you leave your door, you’re in close proximity with the local culture. I have become part of a true neighborhood. I love the city and the surrounding mountains and countryside. All the different tribes and local cultures are fascinating.”

Faouzi Bensaidi is planning to shoot his next project, “Deserts,” in Ouarzazate and the Sahara desert, next year, and says that he is also fascinated by the interior of Morocco.

Ayouch is in production on “Positive School,” set in his Sidi Moumen cultural center and “Adam,” the debut feature from his wife, Maryam Touzani, the lead actress of “Razzia.”

Mohamed Zineddaine, whose “The Healer” had its world premiere at Marrakech, is working on his next project, a fusion of documentary and fiction, set in Bologna, Italy where he lives. He says that it is essentially auto-biographical and is about a writer suffering from writer’s block, as he tries to develop a character based on the fool. As with “The Healer” the narrative mixes his own memories with contemporary events, for example his memory of his grandmother who was a healer, who prepared potions using herbs and scorpion venom, and the hairdresser he went to as a child who used to cure people’s “bad blood” by extracting blood from the back of their necks.

Adil el Fadili is completing his debut feature, “My Dad Is Not Dead,” a hyper-realistic film set in the bleak 1960s period known as the “Years of Lead,” under the previous king, Hassan II. Instead of creating a dour visual universe, Fadili’s film abounds in color and a magical world associated to a traveling funfair.

Faical Laraichi, president of the Moroccan pubcaster SNRT, believes that Morocco has a strong talent base and is optimistic about the future of Moroccan production.

He sees a new generation of tech-savvy producers and directors which he aims to nurture through a variety of initiatives including annual production of 40 short films, each with a budget up to $30,000.

Local talent has also been nurtured by scriptwriting workshops such as an event recently hosted by the American Embassy in Rabat.

SNRT has competition from more than 1,000 Arabic satellite channels but has succeeded in maintaining an audience share above 50%, which makes it one of the strongest pubcasters in the region.

It co-produces 20 domestic feature films per year as well as TV movies and TV series based on a format of 52-minutes, and over 20 episodes.

Laraichi believes that the pubcaster is well placed to take a leading role in the Arab and African markets and hopes to seal coproductions with international companies investing in the region, such as Netflix.

“I hope that Netflix will trigger something new in the region. There is a new momentum for TV series and cinema and we really meet this new paradigm. We produce popular programs and are very cost-efficient. I think that content produced in Morocco has the potential to travel throughout Africa and the Middle East.”

Tension between Harry and Wills is ‘real reason behind Windsor move’

Ariana Grande Premieres Part 2 of ‘Thank U, Next’ Behind the Scenes Series – Watch Now!
World News