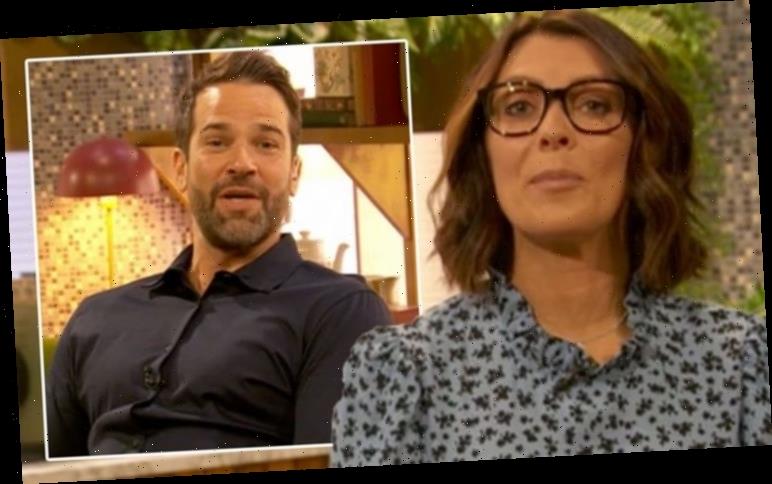 Former Coronation Street star Kym Marsh and The One Show regular Gethin Jones fronted the first-ever episode of Morning Live today to bring an all-new look to BBC’s breakfast schedule. On the talk show this morning, the pair were discussing the effectiveness of mask washing as well as chatting with Strictly Come Dancing judge Craig Revel-Horwood. But despite the topical discussions, it was the look of the show which had fans locked in debate.

Kicking off at 9:15am shortly after BBC Breakfast, it didn’t take long for BBC One viewers to weigh in with their thoughts on the look of Morning Live.

Several fans were particularly distracted by the colour of the set, branding it as aged and outdated.

“The set is so fussy and distracting #morninglive,” vented one fan on Twitter.

A second added: “#morninglive the studio looks like it’s been dragged out of the 60’s there is too much going on. Why was he gardening in a mask?” 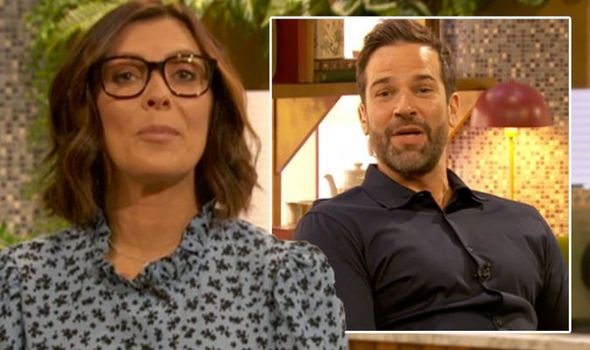 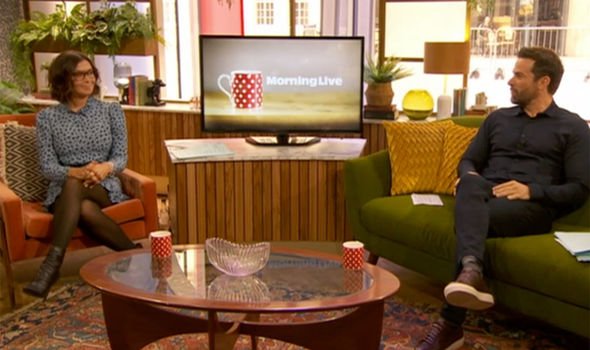 While a third weighed in: “Why does the set of the new #MorningLive set look like a time warp from the 1950’s? Brown isn’t a good look guys.”

And a fourth drew comparisons with its ITV rival, defending its look: “Brand new BBC One ‘This Morning’ rival #MorningLive has just launched in the One Show studio at NBH.

“Personally like the warm ‘living room’ set. Interesting to see that studio space changed from the One Show. Though not sure about the TV screen shot of the front of NBH.”

Another praised: “I actually like the mid-century look of the set #MorningLive.” 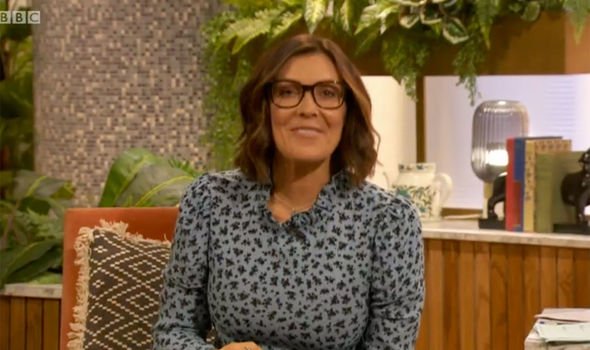 “The set very much follows biophilic design principles which is huge right now in workplace design. I really like it, especially the rug!”

Despite the divisive look of the show, the first episode of Morning Live went without a hitch and will return every weekday at 9:15am.

Prior to its launch, Kym expressed her excitement at taking on the new presenting role, saying: “I’ve always enjoyed morning TV, it’s a great way to start the day (with a cuppa in hand of course).

“I love nothing more than a good catch up, although this will be on a slightly different scale, more of a daily conversation with our lovely viewers.

“I think variety is key so I’m really excited to work with Gethin and our fantastic guest presenters to bring the latest in lifestyle, health and consumer concerns.”

Gethin was similarly enthusiastic, branding the role on Morning Live as “a dream”.

“A presenting role on a morning show like this is a bit of a dream for me,” Gethin told BBC.

“What I’m most excited about is the opportunity to delve in to some of the biggest issues at the heart of our everyday lives right now.

“My parents have been shielding and my sister works in a hospital so, as is the case for lots of people, this year has been such a worry.

“For me, this show couldn’t come at a better time. I’m looking forward to working alongside Kym to bring viewers across the UK a much needed boost and of course the important information they need.”

Morning Live continues weekdays at 9:15am on BBC One.

Gemma Collins' changing face after 3 stone weight loss and £8.3k worth of treatments

Everything Dropping at Palace This Week
World News