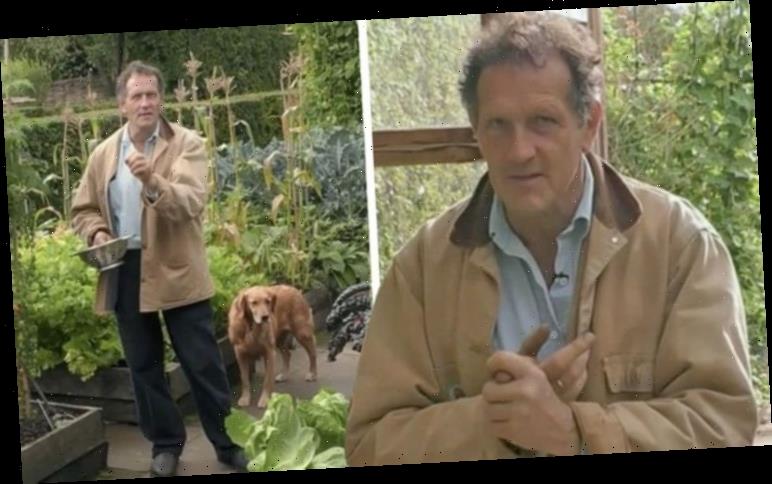 Monty Don was back at Longmeadow, revelling in the early autumn colour in his garden as well as reviewing how his tomatoes have grown in tonight’s edition of Gardeners’ World. However, BBC Two viewers saw the expert reveal his disappointment when he went to take his final harvest of the fruit, only to notice a fungus had robbed some of his crop.

“My outdoor tomatoes – which I hope you have been growing along with me – have done really well, and I’m very happy with them,” Monty began.

“But, in the last couple of days, they have been struck by tomato blight.

“Do you see on these fruits, how they are shrivelled and brown and look as though they’re rotting?” He remarked as the camera moved closer.

“And you can see it on foliage, where you get these chocolate stains that if very quickly spread, they will kill all the leaves and there’s been a lot of it about this year.” 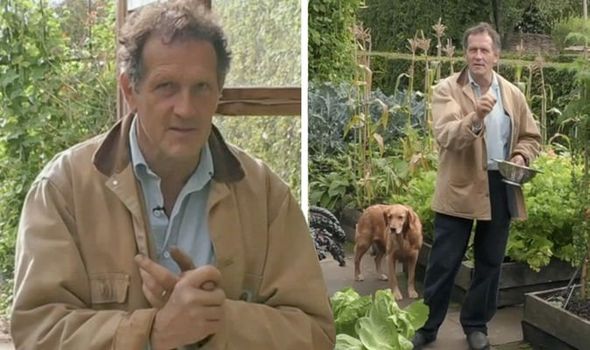 But why is this the case? Well, Monty explained: “It’s down to the weather; the combination of high humidity and high temperatures means the fungus can spread.

“The good news is, it is at the back end of the year, it’s when they get blight just as the fruits are forming, that’s when it’s disastrous.

“Now, it doesn’t harm any of the plant that isn’t visibly affected, so you can eat a tomato that is next door, to one that’s got blight – perfectly edible and will do you no harm at all.”

The gardener then went onto reveal his plans for the crop and told those watching at home: “So, what I’m going to do is harvest all these today. 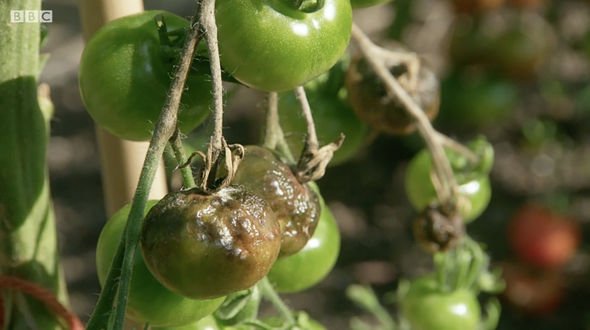 “When I’ve finished collecting the fruit that is edible, I will not compost the plants.

“By and large, it is much safer to burn them, or bag them up and have them taken away.

“Although we’ve been hit by blight later in the season, I think these outdoor tomatoes have been an unqualified success, but my indoor tomatoes are another story,” he continued.

He told BBC Two viewers how he has grown tomatoes in “greenhouses and poly tunnels all his life with great success”. 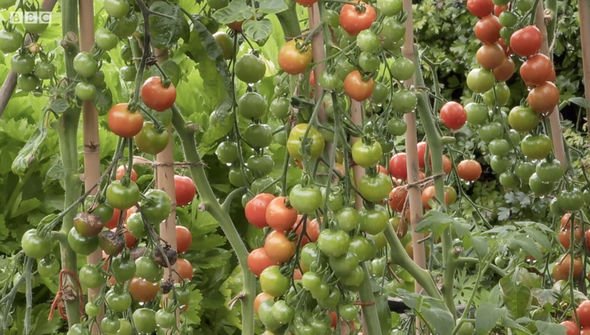 “Until last year, because last year, like this year they have been extremely disappointing,” Monty remarked.

“But I have thought this through and I think there are two elements which has changed.

“The first affects us all and that’s climate change; because for the past few years – and this is becoming a trend – June and July, might be dry and warn but they’re not terribly sunny.” 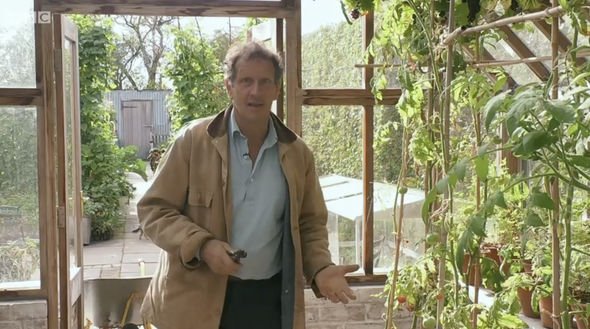 Monty said the weather Longmeadow had had during these months was more “overcast” and the tomatoes were “not getting the sunshine they need when they need”.

He also mentioned the vine he is growing in his greenhouse.

“Of course, the vine is getting bigger, year on year, so these poor tomatoes are being starved of light,” he added.

While it was time to clear the plants, he made a startling admission at the end: “I don’t think I’ll be growing tomatoes in this greenhouse again!”

Gardners’ World is on every Friday night at 9pm on BBC Two.