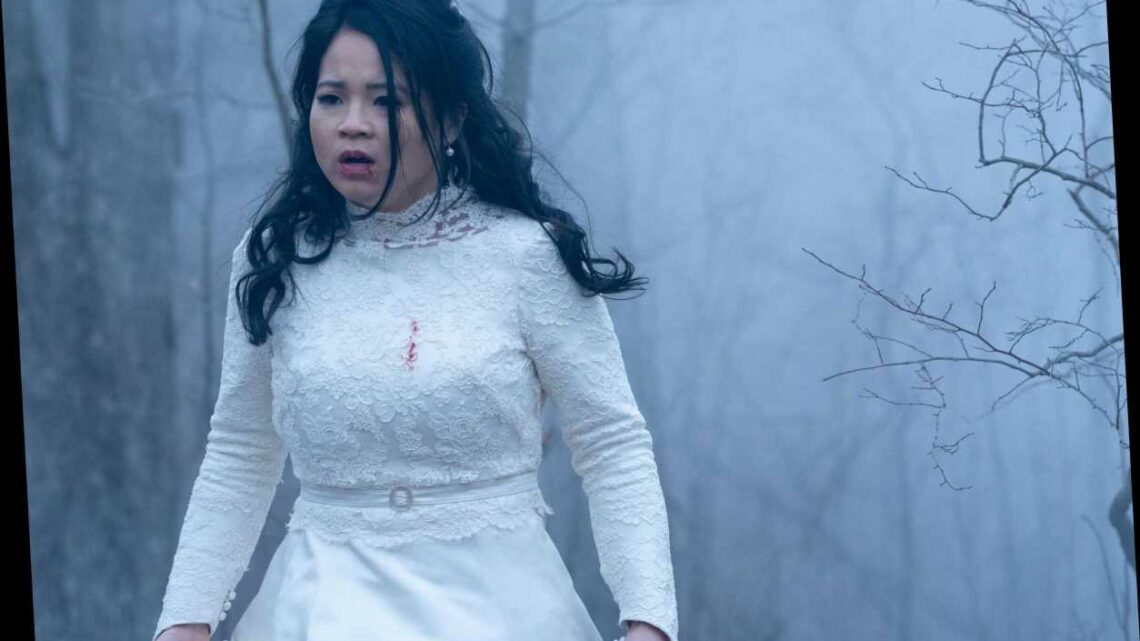 The uptick in horror anthologies over the last few years has been interesting to deconstruct. Seemingly gone are the days of productions like “Tales From the Crypt” which always winked at the camera while sating audiences’ thirst for blood. While that sentiment remains in the likes of Shudder’s “Creepshow,” most anthologies in that vein blend in social commentary, turning the horror inward to leave us with the message, more often than not, that the true monsters are within us.

It’s trite, it’s simplistic, and it’s at the center of Hulu’s new anthology series “Monsterland.” Based on Nathan Ballingrud’s novel “North American Lake Monsters: Stories,” “Monsterland” tells eight different stories about people dealing with loss, regret, guilt, and loneliness with a slight tinge of actual monsters thrown in. Those seeking more overt scares, a la “Channel Zero,” the aforementioned “Creepshow” or even AMC’s “The Terror” will easily be left disappointed — but what remains behind is a cerebral and, at times, brutally uncomfortable series for anyone navigating 2020.

Nearly everything focused on within “Monsterland” is gloomy, depressing, and a little too keyed in to what we’re seeing on the news, and that is part of the fear found within. Creator Mary Laws, who wrote the equally mind-altering “Neon Demon,” creates a world where modern-day monsters are found within our minds, our interactions, and, most terrifying of all, the decisions we make. This is clearly laid out in the pilot episode (“Port Fourchon, LA”) where a waitress (Kaitlyn Dever) meets a mysterious man (Jonathan Tucker) who takes a shine to her.

Dever’s character is one of the more overt throughlines connecting all eight episodes, the closest thing passing for any type of establishing device. Her Toni is a woman who has made numerous decisions, with the audience left to interpret whether they were good, bad, or at least justified. Her meeting with Tucker’s shadowy Alex could easily devolve into discussions of gender, and how interactions between men and women always come with an air of fear, but things take an unexpected turn — as they will throughout. What remains is the beginnings of a modern-American horror series that trades in scares for more existential emotions.

Some episodes are bit more heavy-handed than others. “Eugene, OR” follows a young boy, played by Charlie Tahan, who joins a group of online members who presume their bad luck is because of shadow monsters. Tahan’s character, clad all in black and finding acceptance, love, and community with a group of like-minded individuals who all believe they’re not responsible for what’s befallen them, will easily conjure up images of all manner of groups online. At times it’s downright uncomfortable watching the characters hype each other up, particularly in the wake of our current racial and gender divides. Other episodes, like Wesley Strick-penned “New York, NY” draws comparisons to the work of Ken Russell with its ponderous tale of a corrupt businessman whose body might be possessed by a demon, or God himself.

The main issue with “Monsterland” is because the message feels so simple, the stories take on a grandiosity that last far too long. The majority of the episodes push to nearly an hour — a common issue with horror anthologies of late — and certain episodes feel like they have more filler, or become enmeshed in pretty visuals, than others. The lack of any significant scares and the general dour tone can often leave the series feeling more like a chore than a binge. 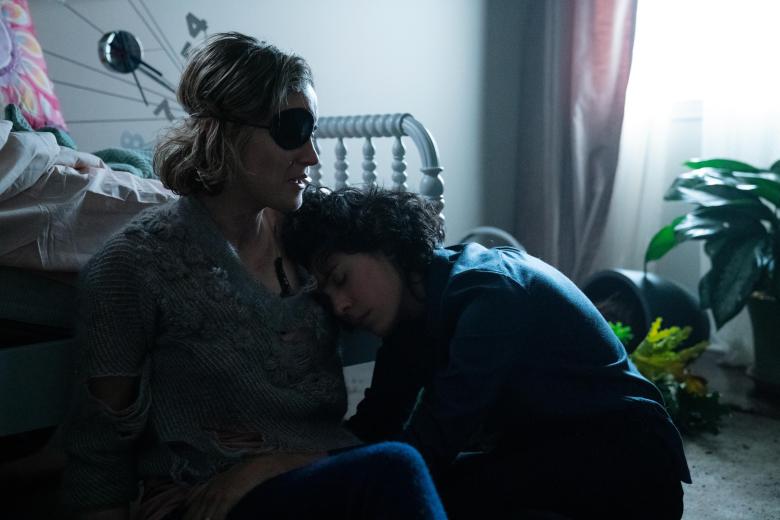 This isn’t to say the series is devoid of entertaining episodes, they’re just limited to a few in the eight-episode season. The aforementioned pilot, written by Laws and directed by Anne Sewitsky, is a fantastic character study of struggle and our chronic desire to pick up and start fresh, a theme that continues in several episodes. As one of the characters says, “You have to live with the shit you’ve done, just to live” — and that’s a mentality the whole series runs with. Characters are eager (or self-sabotaging) to set fire to everything they have, but at what cost?

The other two standout episodes are so well-done it might make you sadder that the rest of the series never lives up to them. “Plainfield, IL,” written by Emily Kaczmarek, expertly takes the horror trope of reanimation/zombies and uses them to tell a heartwrenching story of a married couple (Taylor Schilling and Roberta Colindrez) crumbling under the weight of mental illness. Not only is Kaczmarek’s script so heartbreaking, it uses the horror to look at the nature of relationships when someone is mentally ill. What does it mean to give up? Or to live knowing that the pain of failing is omnipresent? Schilling and Colindrez are especially wondrous, with the latter conveying so much pain, hope, and anger with just a look. The final frames will leave you in tears.

“Iron River, MI” is another must-watch, starring “Star Wars” actress Kelly Marie Tran as a woman who, on her wedding day, is accused of having something to do with a high school friend’s disappearance. If you’ve only seen Tran in “Star Wars” this is a beautifully executed 360. Tran’s Lauren is at times pathetic, manipulative, jealous, yet always garnering the audience’s sympathy.

Directed by Desiree Akhavan and written by Kaczmarek, the episode, one of the shorter ones, plays the most overtly with fantasy and fairytale tropes to create true horror. By the end you’ll be questioning every decision Lauren makes, but always with an air of understanding both sides. It is interesting, considering several episodes deal with performers of color and situations that would lend themselves to a racial reading, there are no writers of color credited on the eight episodes.

“Monsterland” is a mixed bag. The few episodes that are great leave you thinking and shuddering, but there are too many that are overwrought and on-the-nose in their message. That being said, it’s a fantastic actor’s showcase. Those seeking actual scares, though, should seek refuge elsewhere.