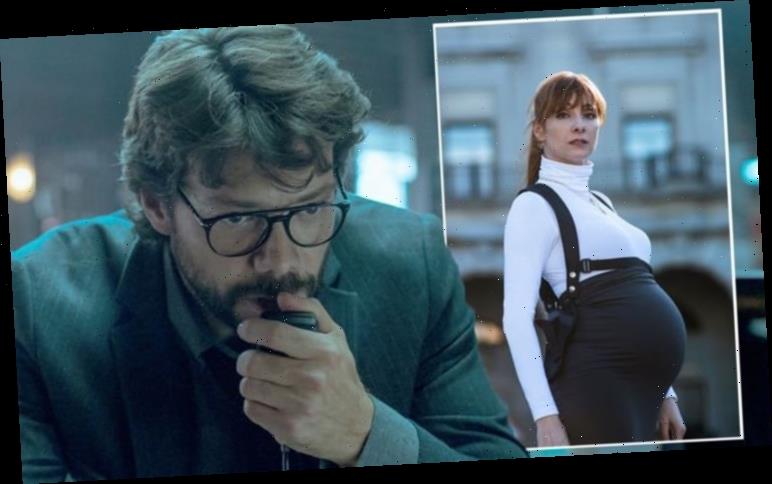 The fourth season of Money Heist saw The Professor (played by Alvaro Morte) declare war on the Spanish police after Nairobi (Alba Flores) was killed and he believed Lisbon (Itziar Ituño) was dead. His actions to take revenge ended with Alicia Sierra’s (Najwa Nimri) torture of Rio (Miguel Herran) made public and she was forced to step down as Inspector. Wanting to take revenge herself, she hunted down The Professor to find his hiding place and La Casa De Papel ended with her holding a gun to his head.

There have been many theories about what will happen between Alicia and The Professor in season five with fans split between thinking she will kill him or join the gang.

However, one fan has come up with a new theory which suggests Alicia will actually use her current hold over The Professor to influence how the rest of the heist pans out.

They think with The Professor in a life or death situation, Alicia will manipulate him into ruining his plans for the heist and put the gang in danger.

Could Alicia redeem herself in the eyes of her colleagues by getting The Professor to end the heist and for the gang to be captured? 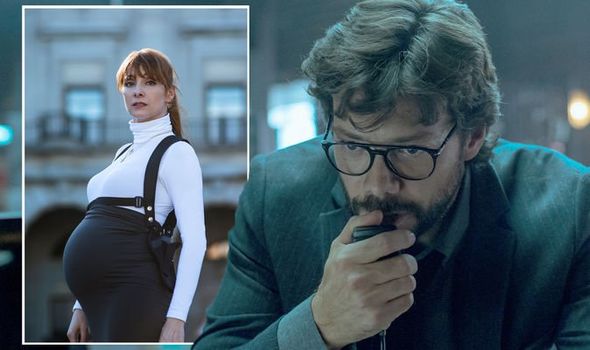 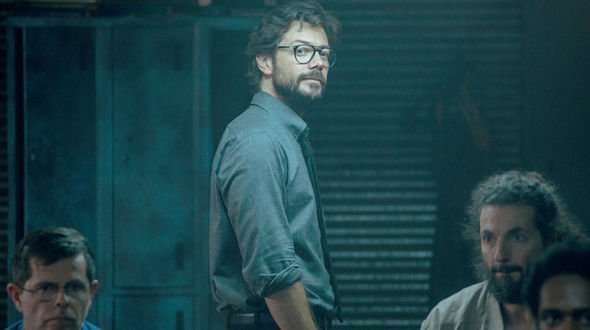 Reddit user ivan_vranic0 theorised: “I personally think that Alicia Sierra might use her current position and the gun pointed to Professor’s head to destroy the heist piece by piece.

“My theory is that she will manipulate the Professor and use him to command the team inside and create chaos that would eventually create a perfect opportunity for the police to end the heist.

“Alicia could also use her position to make up for torturing Rio and become an inspector again.”

This theory is certainly plausible as it’s like the fifth season will mark the end of the Bank of Spain heist. 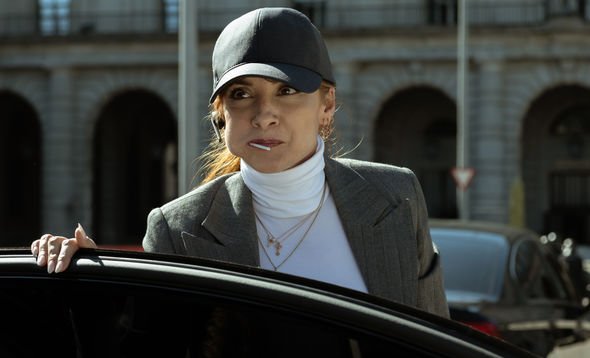 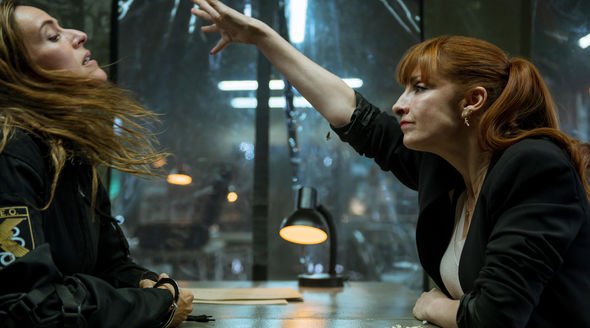 Fans have already seen the gang go on the run and it wasn’t until Rio was caught by the authorities that they undertook another robbery.

So many lives have been lost and the gang are in a very difficult situation with their fate in The Professor’s hands.

Would he really give up his life and abandon them so they had some chance of surviving?

Or, would he strike a deal with Alicia – he gets to live and escape if he manipulates the heist so the gang are captured?

Actor Alvaro has already teased he could abandon the gang as last month he spoke about The Professor ending the series alone.

“The Professor was a very weird guy, a very lonely guy and what happened with the band and finding love, it’s really small chapter in his life.

“If we’re talking about the end of the character, I think at one point, I’d like to see him go back to that loneliness, that solitary life that he’s more used to and seems more comfortable in.”

While the theory Alicia could manipulate The Professor is plausible, one fan pointed out a major issue with it – Lisbon and Palermo (Rodrigo de la Serna) know the plan to escape.

One fan explained: “That’s a really interesting theory and I also thought about the possibility that she might use The Professor as her own hostage to coerce the team into doing what she wants them to do.

“But she probably won’t do it undercover by making them believe that the orders come from The Professor himself because Palermo and Lisbon already know the whole plan.

“They will definitely notice it if The Professor’s orders suddenly make no sense and contradict what they previously established together.”

Money Heist seasons 1-4 are available to stream on Netflix now.