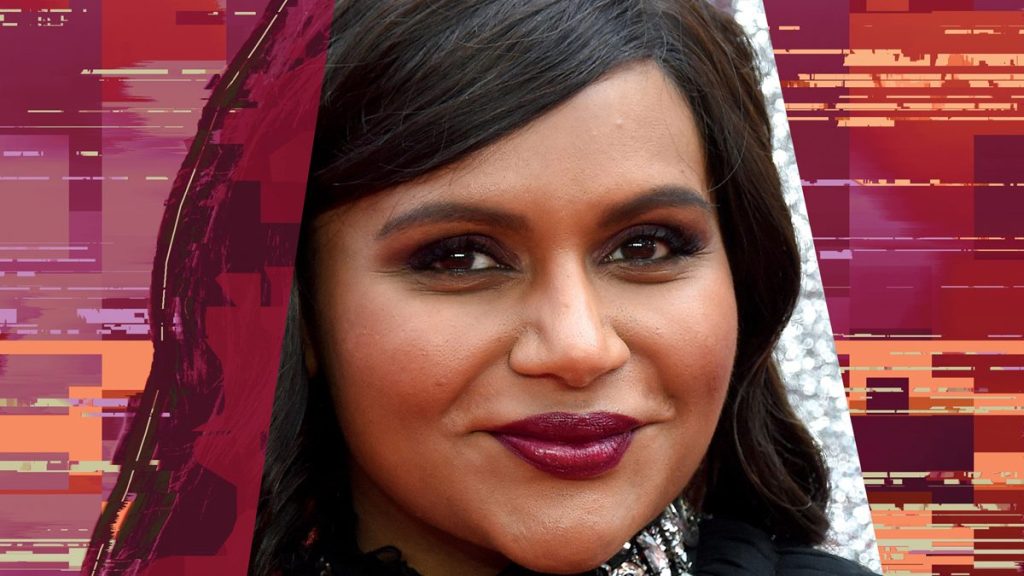 Mindy Kaling was just 24 when she became both the first woman and the first person of color to join the writing staff of The Office. 14 years later, this January, her production company Kaling International sold the film she wrote, Late Night, in a record deal with Amazon at Sundance. She also just had her newest film project snapped up at auction by Universal, inked an overall deal with Warner Bros. TV, and has a 10-episode order from Netflix for her new show. All this aside from extensive acting achievements and two New York Times bestselling memoirs.

Not only has Kaling proven that getting a seat at that first table is what a talented creative needs and deserves, but her work has powerfully referenced the underserved Indian-American experience, in shows like The Mindy Project, NBC’s Champions, and now in these upcoming films, one of which tells the story of a diversity hire (played by Kaling) in the writers’ room of a leading TV show—inspired by her own experience on The Office.

Always an unstoppable, disruptive, creative force, Kaling is nonetheless straightforward about what it felt like to be a diversity hire in those “terrifying” early Office days. “It used to really embarrass me because I thought I had the scarlet letter on me,” she recalls. “‘Diversity hire’ inherently meant, ‘less talented but fulfilling that quota.’” She keenly recalls how it felt to not have those connections, and to wince whenever the subject came up. And this is the subject—with a hilarious comedic bent, of course—of Late Night.

The world of comedy, Kaling came to understand, is far from meritocratic. She had once thought, “If you’re funny, it’s funny and you’ll get noticed. But that isn’t true,” she says. “If you don’t know the right people to get into the rooms, you will just never be seen. I love talking about it in the movie because it’s really real, and the stigma’s really real, and it truly is a helpful thing. It helped me personally.”

Her pride now in having been a part of NBC’s diversity writing program is utterly unmitigated. “I really admire NBC for doing that program,” she insists. “I think if more people like me who are successful after coming through something like that talk about how the experience helped them, then there will be less of a stigma to it.”

Kaling hired Nisha Ganatra to direct Late Night, a woman who has previously referenced her own long struggle for directing opportunities, and co-star Emma Thompson, who might otherwise have been overlooked in the comedy film realm. “I’ve been amazed at the number of roles that are being created in TV—much more than film—for women over the age of 45-50 years old,” Kaling says. “The problem is that they’re largely in drama. So if you are an actress and you can play a widow, or your son died in a war, there are these very wordy juicy parts in drama, but for comedy it’s like, ‘Good luck.’”

Thompson is a vastly underused comedic actor, Kaling believes. “Her comedy is like you could time it to a metronome; it’s just so quick and so funny. It’s those kinds of roles I don’t get to see women perform. I just wanted to see her in a role like that, so I felt like I just would have to write it if I wanted to see it.”

But diversity hiring and storytelling is not a token gesture in Kaling’s work. Rather, it’s an integral part of her authentic creative process. “It’s nice to hire people and create opportunities for people whose mere existence is aligned with my politics,” she says, “but when I wrote it, I wrote it because I just wanted to tell a funny, true story.”

Holding open the door for others is a responsibility she enthusiastically embraces, even though such pressures aren’t placed as heavily on the shoulders of, say, a white man in a position of power. “I think there is a different standard for me as a show creator, as someone to provide employment, than there is for someone in a lot of these other TV shows that you see with predominantly white casts and with white writing staff,” she says. “They don’t get the scrutiny, and it used to frustrate me a lot when I was younger because I was the first Indian-American woman to have my own show in the States, and I was the first woman of color to get nominated for an Emmy in writing.”

Along with those firsts came an expectation for her to be better than everyone, she says, “including white male writers who’ve been doing this for 20, even 30 years longer than me. When I was younger that used to frustrate me; I would not be held up to the same scrutiny as some of these other people who frankly had more resources than me to make a bigger difference.”

Now, Kaling sees that earlier frustration as “kind of an immaturity” on her part. “Especially during these new shows, I realized that the only way that people will have these kinds of opportunities—there’s literally been so little change for women of color—is if people like me make a difference. So it’s just the fact of the matter. We have to be the ones to open the doors for other people.”

And she has her eyes open to “making sure that every project I have is lifting other people up who look like me, who don’t have back-up. That’s my responsibility. I became used to the fact that there will never be the same scrutiny on successful white male showrunners, there just will never. They will never be on a panel where they are asked those same questions, and I’m kind of OK with it now.”

Kaling’s newest film, the as yet untitled story of an Indian wedding, will be co-produced by Priyanka Chopra’s Purple Pebble Pictures. Both women will also star. Will Kaling add the title of director to her own slate? “Honestly, there’s such a dearth of minority directors, particularly women of color,” she says. “I feel like morally it might be a good thing to do, but I know that I can’t make the decision to direct something from a moral political viewpoint. I need to decide that I really want to tell that story.” So instead of deciding now, Kaling will write first, choose later, she says. “It’s just very exciting to me, but also most of this movie is set in India so it would be very daunting for my first feature to be set mostly in another country. That’s a little scary to me too.”

Also in the pipeline is Kaling’s new Netflix semi-autobiographical show, focusing on her own childhood. Plus, she has Hulu’s Four Weddings and a Funeral series—a project that resonated because of both her love of Richard Curtis’s original “perfect movie” from her youth, and the new incarnation of its story. “I just think there’s so many great, underrepresented people in London that the movie—which is so amazing—didn’t necessarily have the opportunity to show the stories of,” she says. “Doing an adaptation of that through the lens of a British-Pakistani man falling in love with an African-American woman felt interesting to me, and different enough from the source material, and it felt like I could be creative, but also pay homage to what was so great about the movie.”

Perhaps part of the reason Kaling has carved out space and opportunity so effectively is because she never strays into didactic territory in her storytelling. “No one wants to buy a ticket to a movie because they think someone woke is going to preach at them,” she says. “I don’t. Politically I probably fall in line with a lot of people where I’m worried about the world that we are living in right now, but at the same time I don’t necessarily want to go get lectured when I turn on a TV show. While I think that my movie, and a lot of the things that I write about, have a lot of political elements to them, I want to do something that can be enjoyed by everybody. I don’t want to make niche shows for only certain groups of people.”

Even now, despite all of her success, Kaling has a “superstitious feeling” about resting on any laurels. “I think luxuriating and thinking that you feel successful feels like a little bit of hubris. And in comedy, the minute a character starts thinking they’re celebrated is the minute when something terrible happens to them.”