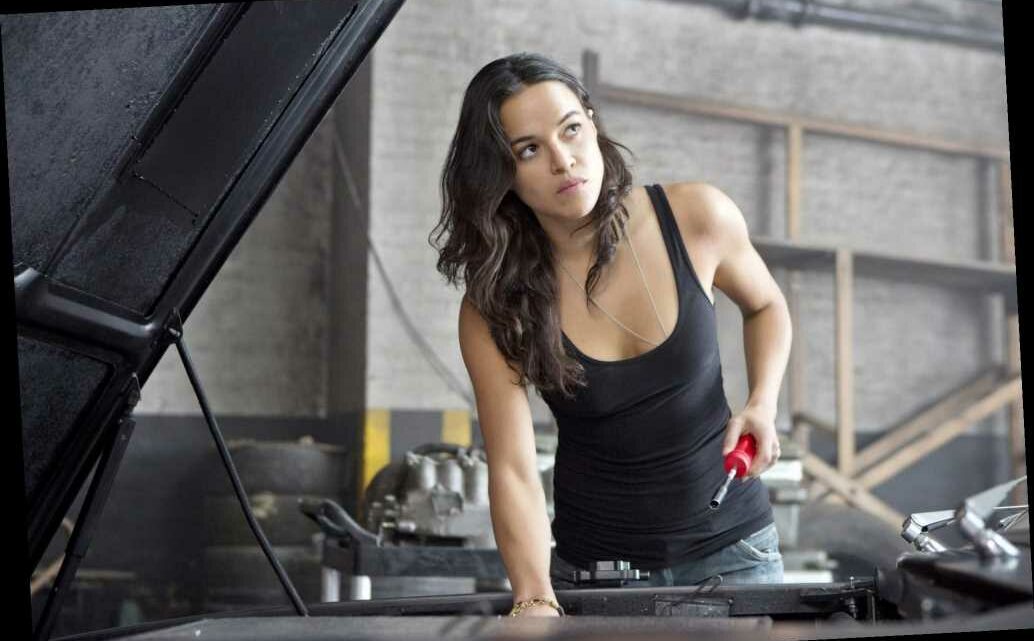 The next installment of The Fast and the Furious is sure to be out of this world — literally.

Michelle Rodriguez, who plays Letty Ortiz in the action franchise, appeared on Sirius XM's The Jess Cagle Show Thursday, where she seemingly confirmed earlier rumors that a future installment in the franchise, possibly F9, will bring some of its stars into outer space.

"Are you in space with Ludacris?" co-host Julia Cunningham asked the actress.

"Oh, no way! How did you guys find that out?" Rodriguez exclaimed. "See what happens? People start talking behind the scenes, man. When a movie doesn't come out and forget about it, things get out."

"Nobody was supposed to know that," she added.

F9 was originally supposed to hit theaters in May 2020 but was pushed back to April 2021 due to the coronavirus pandemic.

While Rodriguez, 42, allegedly confirmed the space rumors, she shared that her character was not going to be a part of those scenes.

"I'm not lucky enough to hit space," she revealed. "But we did get a female writer and showed a lot of love, I think, on this one. Thanks to, you know, thanks to Justin Lin. We were able to find a little bit more attention and love for the girls in the movie. And so I'm really hopeful that that, that shows through in the final product."

Following Rodriguez's interview, Seth Rogen chimed about the first time he heard about the possibility of taking the franchise into space.

"About ten years ago, me and @evandgoldberg were with one of the producers of The Fast and Furious franchise. Evan said as a joke, 'they should go to space!' The producer looked at us, dead serious, and said…'not yet,'" Rogen tweeted Friday.

Rapper and F9 actor Ludacris first floated rumors about space travel during his appearance on The Jess Cagle Show in July.

Cunningham shared different scenarios that she imagined could happen in F9, including going to space, which Ludacris then teased could be a possibility.

"I will say that you are very intuitive because you said something right, but I'm not going to give it away," he said.

When Cunningham guessed that he was alluding to space travel as the correct plot, the rapper pretended he couldn't hear her, teasing, "I don't know what you said."