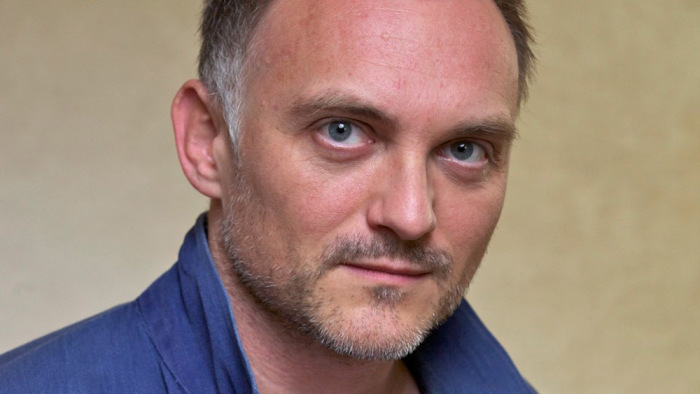 An acting coach, casting director and performer himself, Markus Schleinzer has been a fixture of the Austrian film industry for over two decades. In 2011, he became an internationally renowned director in his own right once his feature debut “Michael,” about a pedophile who holds a child captive, premiered in Competition in Cannes.

Now he’s back on the festival circuit with his long-awaited follow-up, “Angelo,” which played in competition at San Sebastian and at Toronto. Loosely inspired by an enigmatic historical figure, the incendiary film follows an African boy sold to a 17th-century countess and raised as a curio in the Viennese court.

On hand this week to present the film at the Marrakech Film Festival, the well-connected director spoke to Variety about his work and career, including his next project, and about some of the idiosyncrasies of the Austrian film scene.

Could you tell us about the project you’re developing?
The film is called “Rose.” I wasn’t initially planning on making it about gender, but that’s the direction it’s going […] I did some research and found a pretty interesting crime case about this woman who lived [in Prussia] as a man with another woman [in the early 18th century], and was the last lady [in Europe] to be executed for a crime they called “sodomy”. What interests me is the idea of how far you can go, how free you are to live the life you want, and to be yourself. And then, where does it stop?

Are there any Austrian romantic-comedies?
[Laughs] Yes there are! But they’re so bad that they don’t find an audience anywhere else but Austria, I’m afraid. I know we have this saying that Austrian cinema is all about feel-bad movies, and I understand why we developed such a style of filmmaking historically, but yes, of course, there are comedies. Next month we have a movie heading to the cinema called “The Love Machine” – it’s about a fat guy who’s the best lay in the world, so you can see what kind of comedy it will be.

The question was somewhat tongue-in-cheek, but it is true that Austrian cinema has developed an international reputation for severity.
Maybe it’s something in the water… [Laughs] It has to do with this country, with the earth we walk. It makes complete sense to me that Sigmund Freud developed all his tricky black magic in Vienna, because we are that kind of society. Vienna is on the border [between Eastern and Western Europe]; we have this pain in our soul and these dark feelings in us. After the Hapsburg monarchy fell apart we had such a hard time, and we didn’t create a new individuality. We have problems denying who we are, so to me it makes complete sense that, as an artist in this country, one has to point out our dark and dirty side.

It has to do with money, as well. Germany is ten times bigger than Austria, so with a German movie you can make money off a theatrical release. That’s not possible in Austria because we have much fewer people. We’re free from the need to please the audience, to make movies for the masses. For the most part, it’s not towards the audience but towards the artist.

How important are festivals for the national industry?
It’s the most important. Without festival tours and successes they would have already shut us down. Our audience in Austria is very limited. I don’t know why, but there are certain arts that have it a lot easier. We’re all about classical or contemporary music, for instance, but it’s harder to find money for films. Showing that we have success in international festivals makes it easier.

Like many countries, Austria has swung towards the far-right in recent years. Do you think the hardline government will make production more difficult?
It will, I think, I fear. Things already are changing, but the focus has been mostly on television and who is or is not allowed to work. I never gave a shit about television – I don’t even own a TV set – so it doesn’t bother me!

In terms of your career as a director, how have your years as a casting director shaped the way you run a set?
Everything I know about directing actors came from my experience as a casting director. I’m working completely the same way, [sifting out] what’s good and bad, and at the end of day trying to achieve a goal. As a casting director, you have to convince a director to choose someone; as a film director, you have to convince the audience. So it was a very interesting practice to have for almost 17 years, nearly every day. It was even effective for the screenwriting process. You learn why a situation can or cannot work, or why some lines sound interesting on the page but do not work once spoken.

In both “Michael” and “Angelo,” you’ve used child characters to explore morally fraught and often very disturbing situations. How much do you let those young actors know about the overall context when they’re on set?
Everything. You have to, otherwise it would be abuse. If a child grows up and sees themselves in such situations they did not understand at the time, they would have an awkward feeling towards their parents who had given them to this kind of work. So I refuse to do this, I refuse everything that I cannot explain to someone and that I cannot be sure that this person understands or is able to cope with.

In older films from Bergman, children get beaten and you can sense that they are really afraid in this moment. This is something that is very hard for me. Today, you could never put a child in such a sexual situation as Louis Malle did with Brooke Shields. They would kill you on the street.

It starts with the writing process. There’s a scene in “Angelo” where a young child has to get punished or tortured. I wanted to give the impression that something is happening without needing to show it, so I came up with the idea of the child trying to run out of the room, and suddenly he runs out of frame.

Then there’s the casting process. I look for strong children, who are far away from that part they have to play. I don’t want them to tap into their own pain, in order to give me the certainty that they can survive the process. Then we talk a lot, and I try to empower them on set.

How connected do you feel to the tradition of European intellectual cinema?
I don’t know. I went to the movies as a child, but I saw Disney films. Then I started as a casting director, and I learned this kind of cinema from people like Michael Haneke, Ulrich Seidl, or even Jessica Hausner, who I’ve worked with a lot. When I was in Cannes with my first feature, a reporter wanted to discuss the similarities between “Michael” and some works from Bresson, and then I had to tell him that I had never in my entire life seen a single Bresson movie! When I got back I was so embarrassed I watched all of Bresson’s work, and then all of Bergman’s, and so on. I’m still in the process of learning. But I don’t know how important that is for me, because I wouldn’t have done “Michael” or “Angelo” any differently had I known more about people’s work.

I want to make my own mistakes. I don’t like my friends seeing my work and offering advice. Maybe sometimes people could help me and make my movie better, but then it would never be my own movie again. Maybe this is a weird way of thinking, but I work like this, I’m sorry! [Laughs] I have to apologize to my colleagues who call and ask if we can share things, because the other way around, I love reading their scripts and talking to them about it.