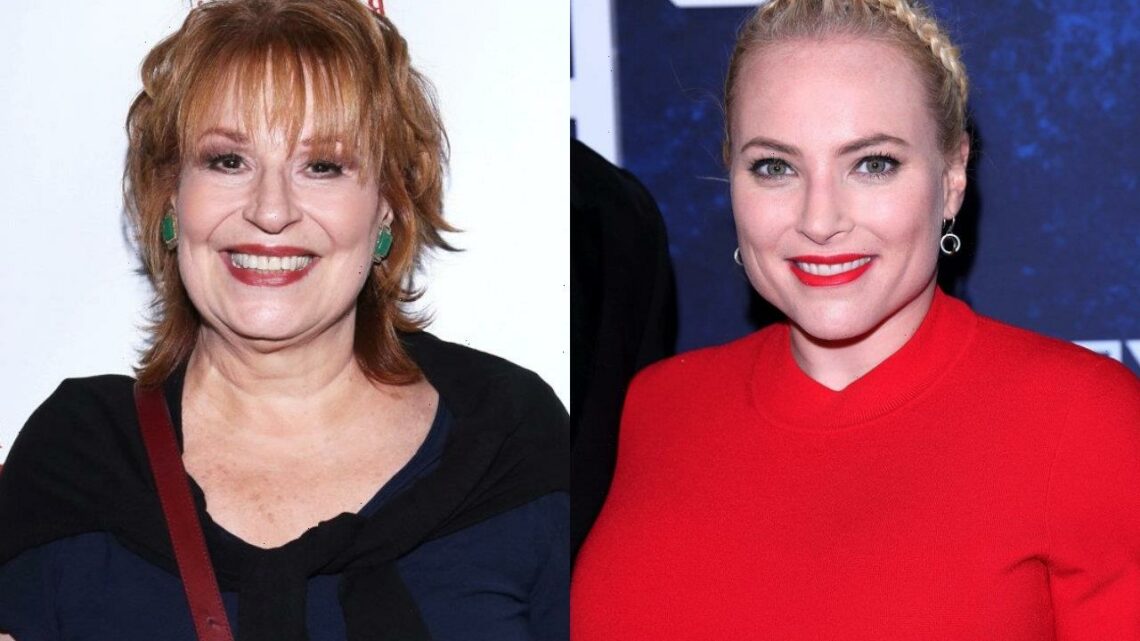 After ABC News President Kim Goodwin urges the show’s co-hosts to cut out personal attacks, the conservative panelist reportedly storms out because she feels ‘attacked.’

AceShowbiz -There is still beef between Meghan McCain and Joy Behar following their heated argument on “The View“. In the Wednesday, May 26 episode of the daytime talk show, the co-hosts could be seen not speaking or interacting with each other.

Meghan and Joy were caught in an on-air debate on Monday, May 25. In the wake of their clash, newly-named president of ABC News Kim Goodwin reportedly called a last-minute meeting with the show’s stars and producers in an attempt to “improve the culture behind the scenes at the show.”

On what prompted the virtual meeting, TMZ claimed that the network received pleas to fire the daughter of late Senator John McCain following her clash with the 78-year-old TV personality. Also, the former allegedly stormed out during the discussion because she felt “attacked.”

On Monday, Meghan first lashed out at co-host Whoopi Goldberg for cutting her off for a commercial break. At that time, they were discussing Congresswoman Marjorie Taylor Greene’s comments comparing House mask mandates to the Holocaust. After the break, Meghan continued sharing her thoughts by saying, “I just wish we could bring that same energy towards hate crimes directed towards Jewish people as we do with every other minority, which we should.”

Meghan’s statement was met with disapproval from Whoopi and Joy. “Hey, we bring dislike for all hate crimes,” Whoopi stressed, before Joy added, “I resent that. I resent that remark.” Standing up for herself, Meghan pointed out, “Well, I resent a lot of things, so we’re even.”

Joy then slammed Meghan by saying, “I’ve been talking about anti-Semitism on this show for 25 frickin’ years. Don’t tell me what I’m supposed to be saying, Meghan.” She further raged, “You do your thing, we’ll do ours.”

Not stopping there, Meghan shot back, “I’m well aware we do separate things on this show, Joy, okay? And I know you’ve been here 25 years. I’ve been here four.” Agreeing to her remark, Joy replied, “That’s right, that’s right. You should have some respect for that once in a blue moon.”