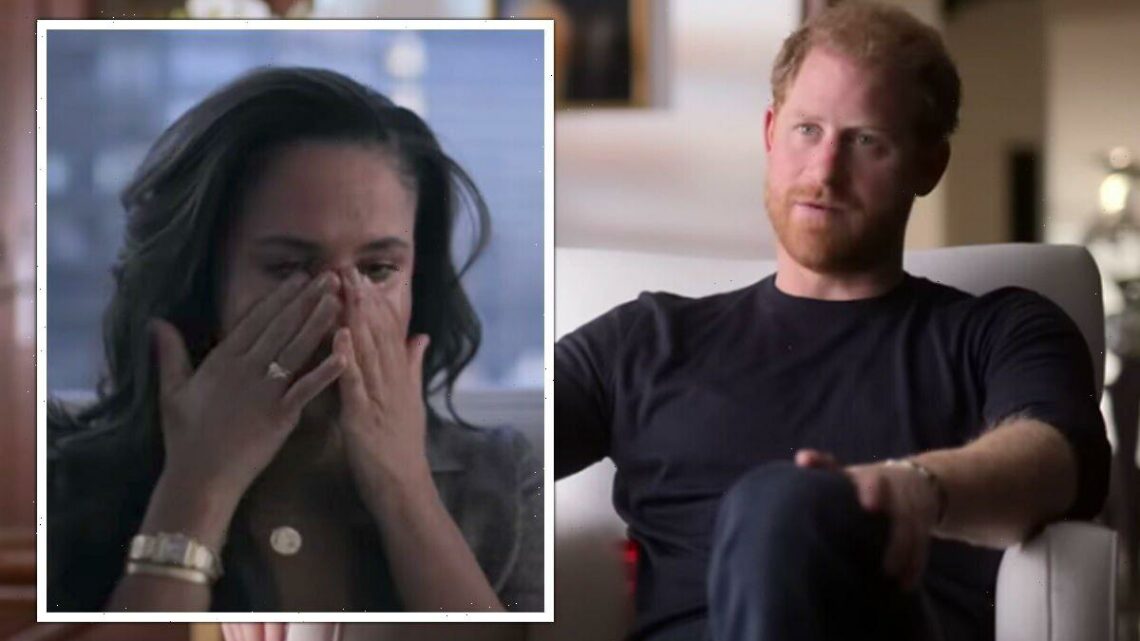 Harry and Meghan star in trailer for Netflix documentary

The Duke and Duchess of Sussex’s Netflix documentary, simply titled Harry & Meghan, now has its first minute-long teaser from Netflix. The documentary promises to go into detail about the pair’s exit from the Royal Family as Harry vows during the promo he “had to protect” his family.

It comes after it was rumoured the series could be pushed back until 2023 but Netflix has promised it’s “coming soon”.

A Netflix insider previously told Page Six: “Harry and Meghan are panicked about trying to tone down even the most basic language.

“But it’s their story, from their own mouths,’ one Netflix source told the website last month.

“They’ve made significant requests to walk back content they themselves have provided.”

Fans swept to the comments section of the trailer to share their thoughts on the upcoming series.

Sing Torres posted: “I love how Harry looks at Megan everytime. You could see the love they have for each other. A power couple.”

“Whatever the truth and story might be, I think we all agree this is going to make some major waves in the world when it comes out,” Khushi Sharma wrote.

Elect Ekara shared: “So many negative attacks on these two – the way IC it, they living their lives. That’s just the way it is.”

Vic Amiller remarked: “The documentary is about them don’t judge it until you watch it.”