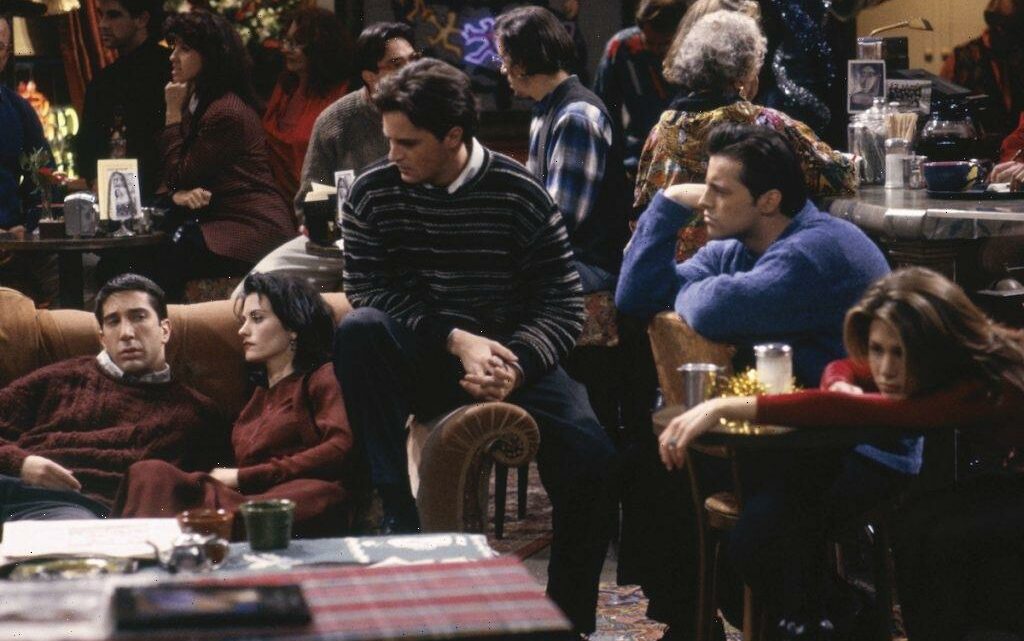 Friends: The Reunion is almost here. The trailer for the special dropped, and Matt LeBlanc, who played Joey Tribbiani, called out one of his co-stars in it. This is what happens in the trailer and what the actor had to say.

HBO Max previously revealed LeBlanc, Jennifer Aniston, Matthew Perry, Courteney Cox, Lisa Kudrow, and David Schwimmer are reuniting for a Friends reunion. It will be totally unscripted and will be focused on them reflecting on their time making the show.

The trailer for the HBO Max reunion is finally here. It starts with the cast sitting on set playing a Friends trivia game together. It looks like Schwimmer is asking the questions, and a live audience is there to react. We also see them on the set of the couch and fountain that is used in the show’s opening credits.

The cast is very playful with each other. LeBlanc walks into the kitchen with Kudrow and Aniston. He looks at the dining table and asks, “Does Courteney still have her lines written on the table?”

It looks like the cast members recreate some of their funny scenes. LeBlanc and Perry are seen sitting in their recliner chairs together, calling back to an episode.

James Corden is also seen asking the cast members questions. There are scenes of the cast members talking to each other about table reads and reading scripts together once again. It looks like there will also be many guest stars. Tom Selleck, who played Dr. Richard Burke, makes an appearance. Maggie Wheeler, who played Janice, is also back saying some of her famous catchphrases.

The special will be full of nostalgia. The cast has already been reflecting on their time making the show ahead of the premiere.

LeBlanc makes it sound like Cox sometimes hid her lines on set. Well, she talked about the reunion with Ellen DeGeneres and revealed she struggled with filming the opening credits for Friends.

“We were in that fountain for a long time. I don’t know who, somebody thought that would just be really fun,” she said. “Let me tell you what happens. It’s not fun to be dancing in a fountain for hours and hours.”

She claimed Perry said at one point, “Can’t remember a time that I wasn’t in this fountain.” At least their work paid off because it’s hard to imagine the episodes without that opening scene.

The Friends: The Reunion will be streaming on HBO Max starting May 27.

Ex-Marine gets 30 years for prostituting hundreds of women

Kylie Jenner: How She May Have Hinted At Plans To Launch Swimwear Line With A Cryptic Post Months Ago
World News