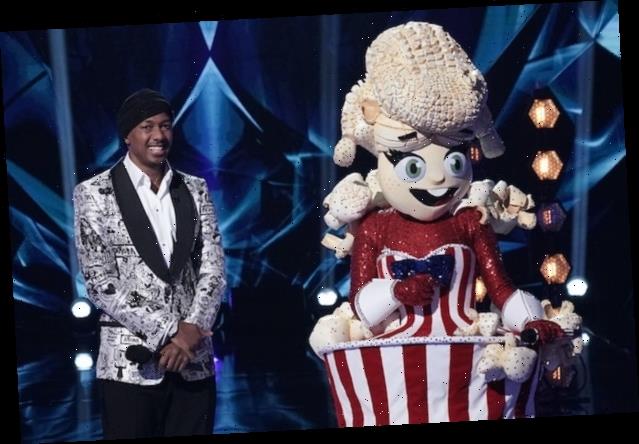 No hand-to-hand deliveries this season

Two episodes into the “The Masked Singer’s” fourth season, we thought we’d seen every COVID-related safety precaution and alteration that the Fox singing competition had made to its format. But TheWrap’s exclusive sneak-peek from tonight’s hour reveals the most extreme measure the series has taken so far: enlisting drones to deliver clues to the judges.

In the clip from Wednesday’s Group A playoffs, which you can view via the video above, you’ll see host Nick Cannon standing next to contestant Popcorn while telling judges Ken Jeong, Jenny McCarthy, Nicole Scherzinger and Robin Thicke they’ll be getting “major” hints about the competitors’ identities during the episode.

“But in this age of social distancing, who is willing to hand deliver our panel these important messages? Well…” he says, as “The Masked Singer’s” clue-dropping drone makes its epic debut.

As the drone flies above the judges heads holding some kind of ball, Thicke jokes this is how he wants his dinner delivered and, honestly, same.

Here’s the official description for tonight’s episode of “The Masked Singer.”

The celebrity contestants return for the GROUP A playoffs and their second performances of the season. Play alongside host Nick Cannon and panelists Ken Jeong, Jenny McCarthy, Nicole Scherzinger and Robin Thicke as this masked bunch of celebrity singers wearing all-new custom made costumes perform as America tries to guess who they are. The Season Four celebrity contestants combined have sold more than 281 million records worldwide, appeared in more than 5,120 episodes of television and 204 films, appeared in five Super Bowls, have four stars on the Hollywood Walk of Fame and one of Time magazine’s 100 Most Influential People. One singer will be unmasked.

You can find out more about what “The Masked Singer” did to prevent the spread of COVID-19 during its Season 4 shoot by reading TheWrap’s inside look at production here.