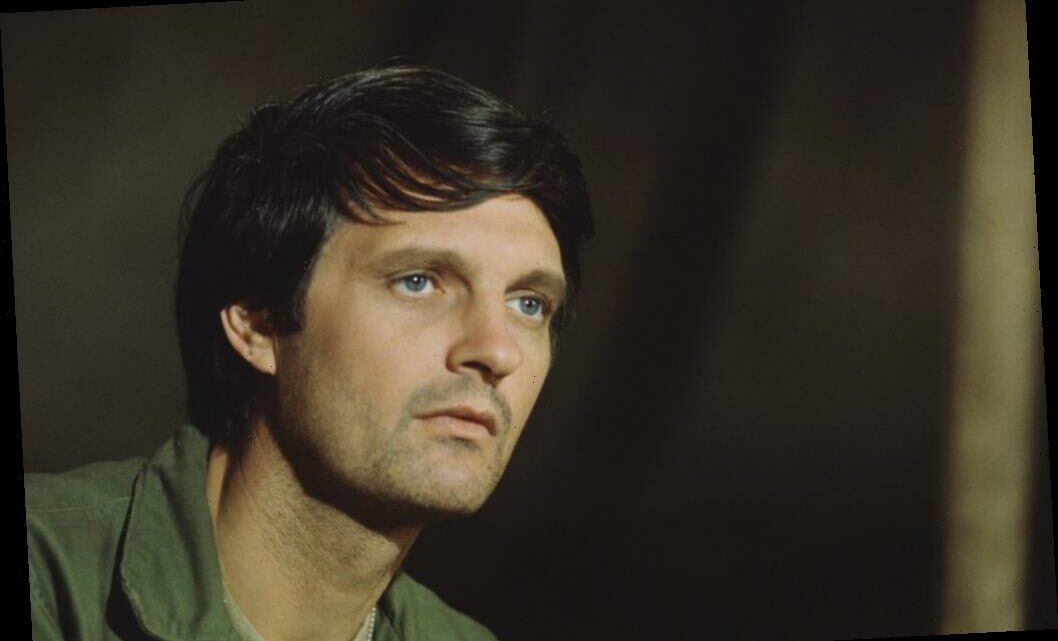 'M*A*S*H': 1 Storyline Was Cut Because It Was Too 'Unpatriotic'

M*A*S*H has gone down in history as one of the most beloved TV shows of all time. It was something of a marvel for its time: a show about war and medicine that actually managed to be funny. That’s not to say it was always comedic, however.

During its run, M*A*S*H had plenty of controversial episodes and plotlines. One storyline was rejected because it was deemed too “unpatriotic.” Here’s the story of the time M*A*S*H suffered some network blowback and had to change gears.

An ensemble comedy built around its star Alan Alda, M*A*S*H was based on a feature film about medical doctors operating a M*A*S*H unit during the Korean War.

The show was built around the fun-loving and rabble-rousing Hawkeye Pierce (Alda’s character) and his friends Trapper John and BJ Hunnicutt. Other characters included Margaret “Hot Lips” Houlihan, Radar O’Reilly, the buffoonish Frank Burns, and Max Klinger, the character who attempts to appear like a person with a mental illness to earn a discharge.

The show had a very successful run. According to IMDB, the series aired for 11 seasons from 1972-1983. How popular was M*A*S*H? To give you a better idea of how beloved it was, consider that its series finale is still the most-watched TV show of all time, with over 120 million viewers.

Why ‘M*A*S*H’ was as brilliant as it was

What made M*A*S*H such a marvel of modern television was the subject matter and the way the show handled those tough topics. Think about it: How many shows could be set during a war, dealing with constant death and destruction, and still find a way to label itself a comedy?

M*A*S*H was hilarious, with well-drawn characters and relatable, believable scenarios. The jokes were good and the writing was sharp.

That said, the show’s humorous approach didn’t make light of the reality of war. The show often had dramatic storylines, asking tough moral questions and putting its characters into hard situations. M*A*S*H didn’t run away from these; instead, the show embraced them.

The show also attempted to stay mainly pro-U.S. as it was an American show depicting American soldiers and Army doctors. One storyline crossed a somewhat unpatriotic line, however.

According to the book Watching M*A*S*H, Watching America, series creator Larry Gelbart said the network often pushed back on the show’s “serious overtones.” They either didn’t understand or approve of the show’s lack of conformity with sitcoms of the time. It seems like an unreasonable complaint; after all, one couldn’t expect a show dealing with a war to feature 100 percent laughs.

For the most part, the show wasn’t censored. The show’s creators had the freedom to do whatever they wanted within reason. In one interview, Gelbart noted that the network often had ideas, but that the creative team behind M*A*S*H were given complete autonomy.

The network was mostly supportive of the show but there was one storyline they couldn’t agree to. In one proposed plot thread, several members of the M*A*S*H unit stood outside in cold temperatures, attempting to get sick so they would be sent home. The network saw this as a decidedly anti-war, unpatriotic stance and therefore made the show’s creative team throw it out.

It may seem like a harsh stance to take, but seeing as the show tackled so many sensitive topics, it’s fairly impressive that only one plotline was wholly rejected. For the most part, M*A*S*H was able to move between comedy and drama without interference from the network, and the show was stronger for it.

When will Pennsylvania count mail-in ballots?