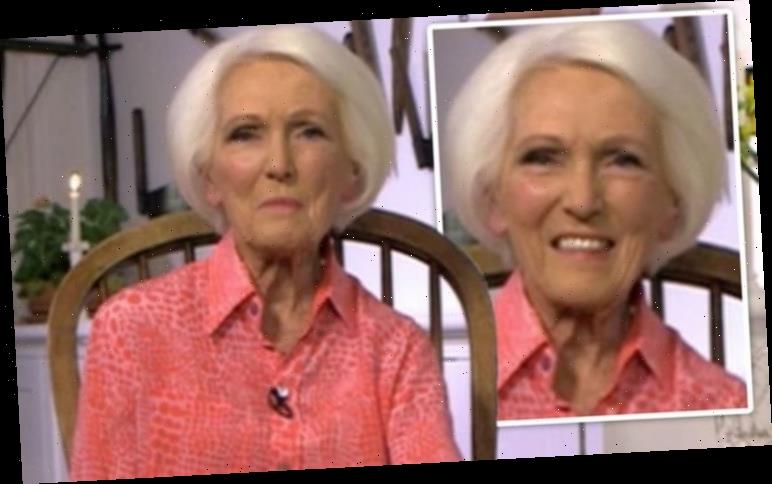 Mary, 85, and her Best Home Cook co-star Claudia Winkleman, 49, joined The One Show hosts Alex Jones, 43, and Jermaine Jenas, 37, to promote the first-ever celebrity edition of the BBC programme. The world-renowned baker was also asked about getting the coronavirus vaccine and how she would encourage others to get the jab. However, viewers seemed to notice the presenter mispronounced the word COVID and took to social media to comment.

The former Great British Bake Off presenter said: “I’m lucky that I’ve had the vaccine and so has my husband.”

Explaining a more personal reason for getting the vaccine, she added: “When I was young, about 13, I had Polio.

“There was no vaccine then and now, nearly all the world has been vaccinated against Polio and there’s not much of it around.

“And let’s hope, in a while, that will be the same case for COVIS,” she commented, supposedly meaning to say COVID. 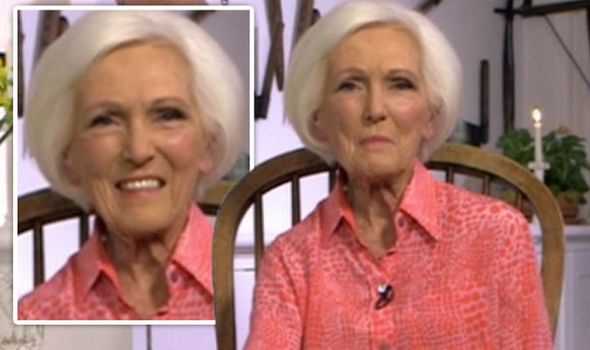 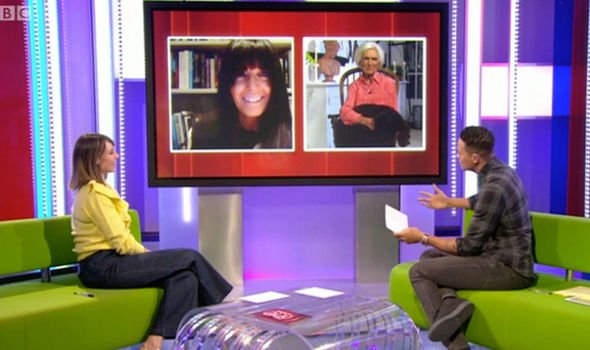 “What’s Covis?! Posh Covid Mary! #TheOneShow,” a third remarked but their eyes were quickly swayed to something else.

Mary was joined on the show by her dog Freddie, which sat quietly on her lap as she spoke with the presenters.

“Can I adopt Mary Berry’s dog, Freddie?! Couldn’t help but admire how adorable he was and being so chilled on her lap #TheOneShow @BBCTheOneShow,” a fourth commented. 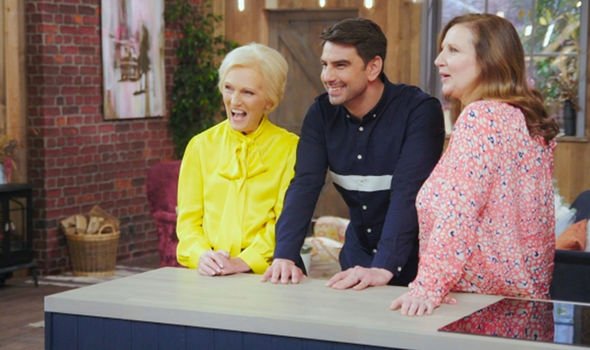 The One Show viewer

A fifth shared: “Love Mary’s pink shirt where is it from?” as they seemed more distracted by what the cook was wearing.

The baker will be back on screens from tonight to judge the latest season of Best Home Cook as a number of all-stars compete.

Mary will be once again be joined by host Claudia and her fellow judges Angela Hartnett, 52, and Chris Bavin, 40.

Trying to impress the panel will be The Only Way Is Essex Ferne McCann, 30, and stand-up comedian Ed Byrne, 48.

The Prime Minister’s sister Rachel Johnson, 55, will also be in the kitchen with former Strictly Come Dancing contestant Karim Zeroual, 27.

Too Hot To Handle hostDesiree Burch, 43, will be cooking up a storm with former rugby player Gareth Thomas, 46.

Speaking of the new series, Mary said: “Viewers will see enthusiastic celebrities with good cooking skills and they gain experience, getting better week by week.

“And there are lots of surprises! I’d tell the celebrities to make a plan before you start and get organised.

“And put the oven on – some celebrities may forget this,” the presenter told What’s On TV Magazine.