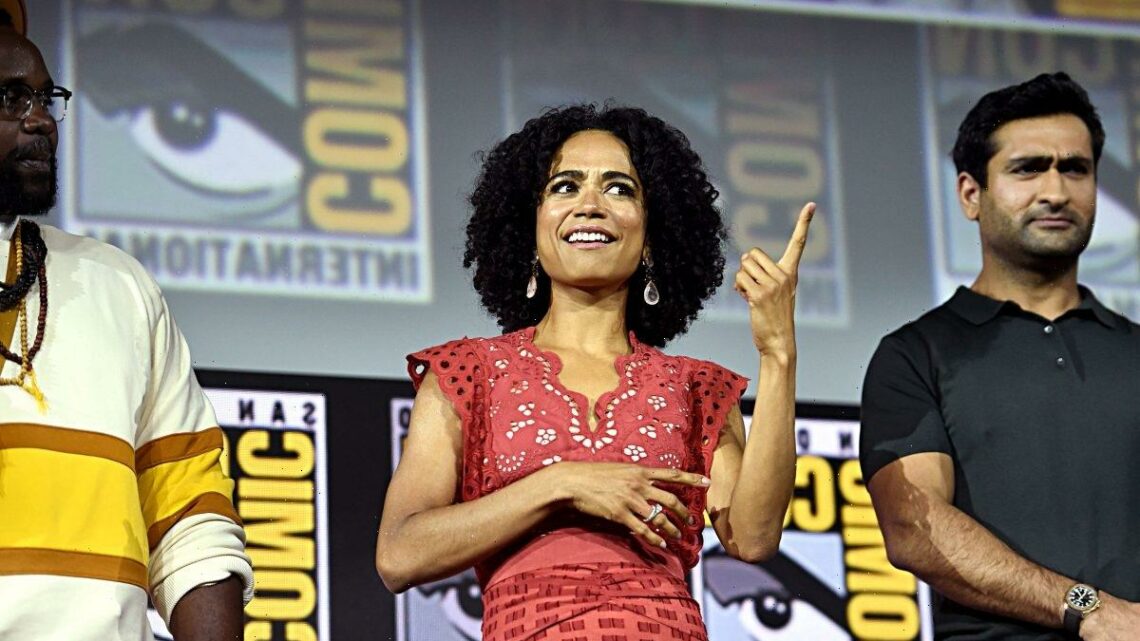 Marvel's 'Eternals': New Clip Reveals Jaw-Dropping Battle Between the Eternals and the Deviants

Eternals is the next film that Marvel will release as a part of Phase 4 of the Marvel Cinematic Universe. The film features an ensemble cast who all play never-before-seen characters in the MCU. Although, these characters have existed for a lot longer than Iron Man or even Captain America. A new clip from Eternals shows just how old these new heroes are. In the video, the titular heroes face off against their sworn enemy, the Deviants.

New clip shows the Eternals fighting the Deviants in the past

In a new clip from Eternals, five Eternals arrive on Earth to save humans from the Deviants. It stands to reason that this interaction could be one of the first times the team faces off against the Deviants since it took place thousands of years ago.

In the Eternals clip, three heroes are seen up close: Richard Madden as Ikaris, Lauren Ridloff as Makkari, and Kumail Nanjiani as Kingo. Ikaris, who has the power to fly and project cosmic energy beams from his eyes, takes on one of the Deviants by himself. Meanwhile, Makkari, who has the power of super-speed, and Kingo, who can project cosmic energy projectiles from his hands, save a child from another Deviant.

The CGI and special effects in the Eternals clip are nothing short of extraordinary. But what else can you expect from Marvel Studios in 2021? If this scene is only a sampling of what the rest of the fight sequences in the film will look like, fans are in for a treat. You can watch the new clip in the tweet below.

Who are the Deviants?

In the comics, the Celestials visited Earth millions of years ago and performed experiments that created two divergent races; the Eternals and the Deviants. The Eternals swear to protect Earth from the Deviants, led by general Kro, an immortal shapeshifter.

As seen in the Eternals clip, these heroes are not allowed to interfere with humans unless the Deviants are involved. Many fans wondered why the Eternals had not been seen in the MCU before, and that’s thanks to the Celestials. These cosmic beings dissuaded the Eternals from helping in Earth matters that aren’t related to the Deviants.

ComicBook.com interviewed producer Nate Moore regarding the upcoming MCU film. Moore said, “In the past, we see the Eternals, who in our version of the mythology, are immortal aliens from a planet called Olympia. The Deviants are these parasitic aliens who go from planet to planet, and as they kill the apex predators on a given planet, they sort of take the characteristics of those predators and wipe out intelligent life. Well, the Eternals are heroes, so they’ve come to Earth to eradicate the Deviants and allow humanity to thrive.”

Everything we know about ‘Eternals’

Eternals‘ premise reads, “After the return of half the population in Avengers: Endgame ignites ‘the emergence,’ the Eternals—an immortal alien race created by the Celestials who have secretly lived on Earth for over 7,000 years — reunite to protect humanity from their evil counterparts, the Deviants.”