Home » TV & Movies » Marvelous Mrs. Maisel Season 2: Here's How They Pulled Off That Ambitious Catskills Cottage Set Piece — Without a Single Cut (Plus, Watch It Again!) 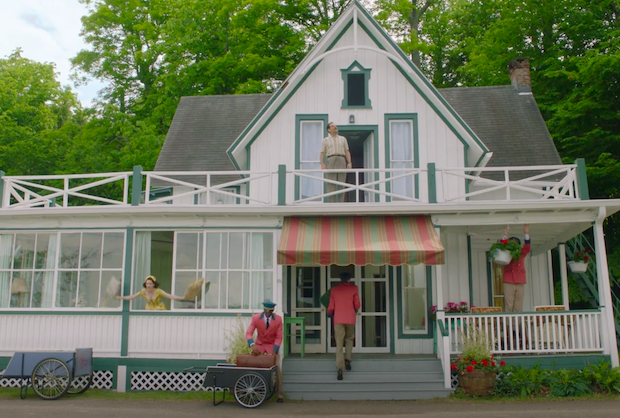 Marvelous Mrs. Maisel Season 2: Here's How They Pulled Off That Ambitious Catskills Cottage Set Piece — Without a Single Cut (Plus, Watch It Again!)

“It’s definitely one of the most ambitious scenes we ever shot,” Marvelous Mrs. Maisel exec producer Daniel Palladino concedes of the sequence in Season 2’s fourth episode, which revolved around Midge and her family getting rambunctiously resettled in their (summer) home-away-from-home in the Catskills.

Even by the Emmy-winning Amazon comedy’s lofty production standards, the highly theatrical set piece — which ran for nearly two uninterrupted minutes, included a half-dozen overlapping vignettes and featured nary a single cut — was quite the visual and auditory achievement (watch it above).

How’d they pull it off? TVLine sat down with Daniel, who wrote and directed the installment (titled, appropriately, “We’re going to the Catskills”), series creator Amy Sherman-Palladino and leading lady Rachel Brosnahan (whose Midge is front and center in the sequence) to find out.

All 10 episodes of Marvelous Mrs. Maisel Season 2 are currently streaming on Amazon Prime.