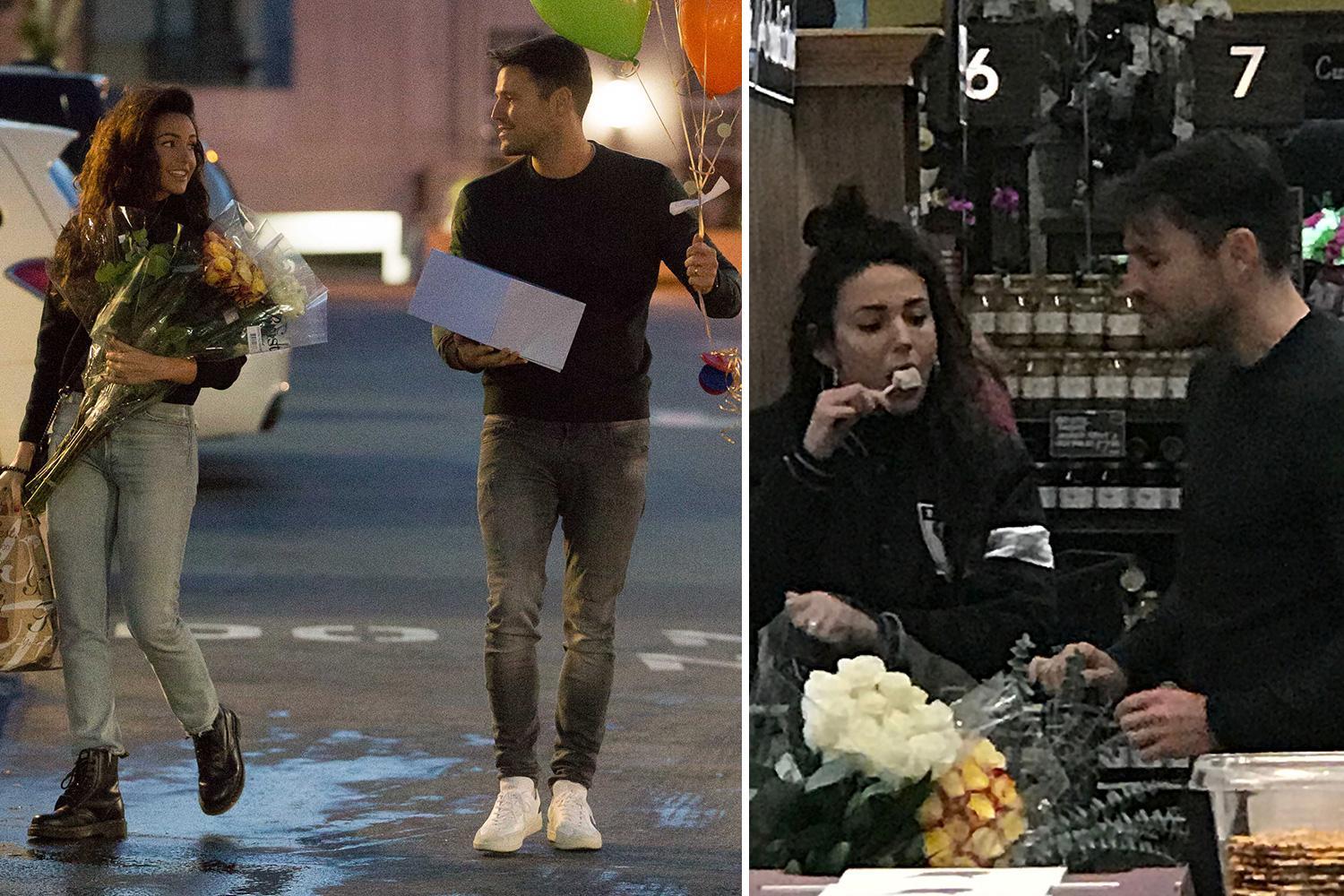 The couple – who are rarely pictured with one another – were seemingly stocking up for a party, leaving the store with multiple helium balloons and flowers.

Mark and Michelle, both 31, visited the local grocery store in Beverly Hills, with the pair also enjoying some food samples before making their final purchases.

She had her long, dark hair half-up in a topknot, completing her look with gold, hoop earrings.

Mark was dressed simply in dark jeans and a jumper with white trainers. 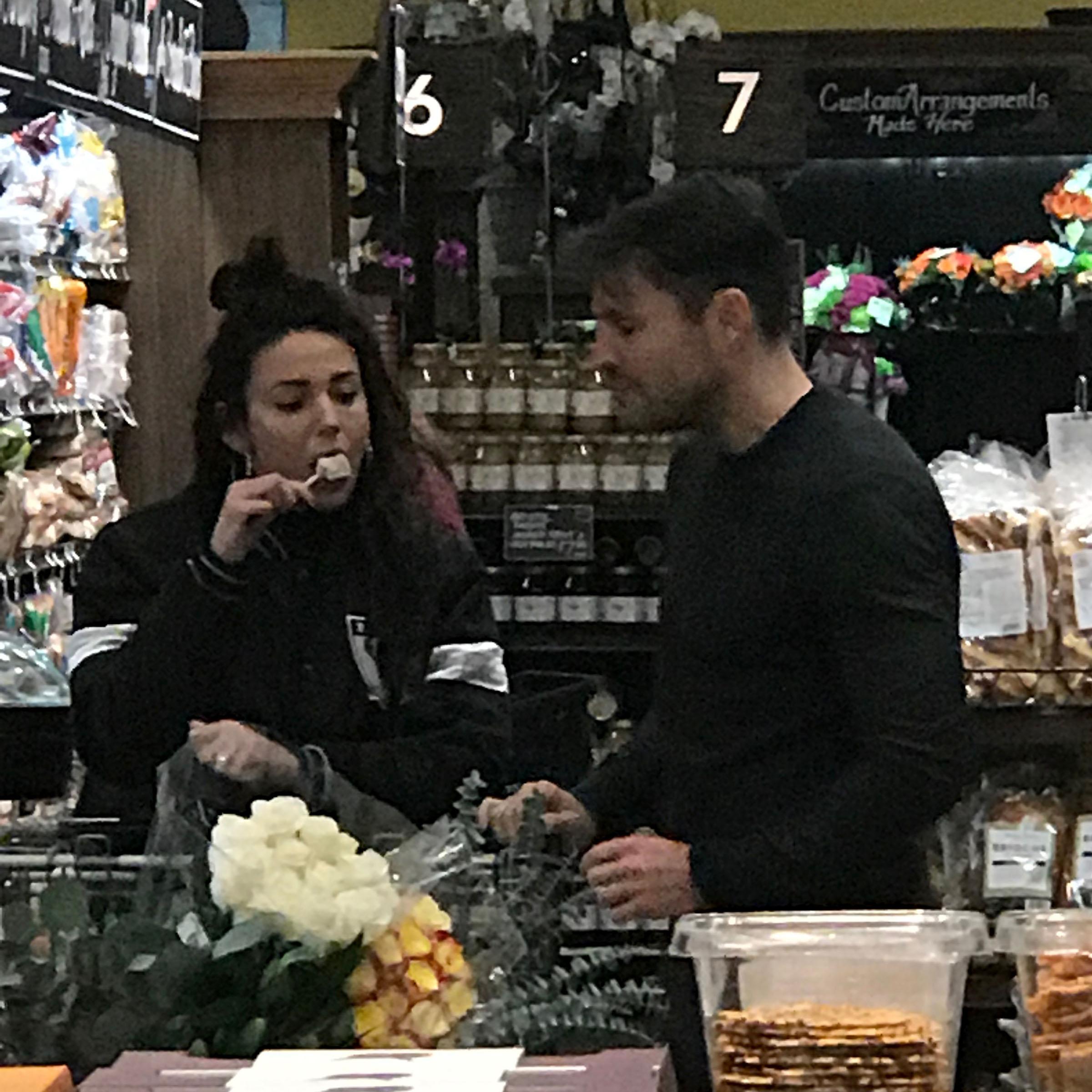 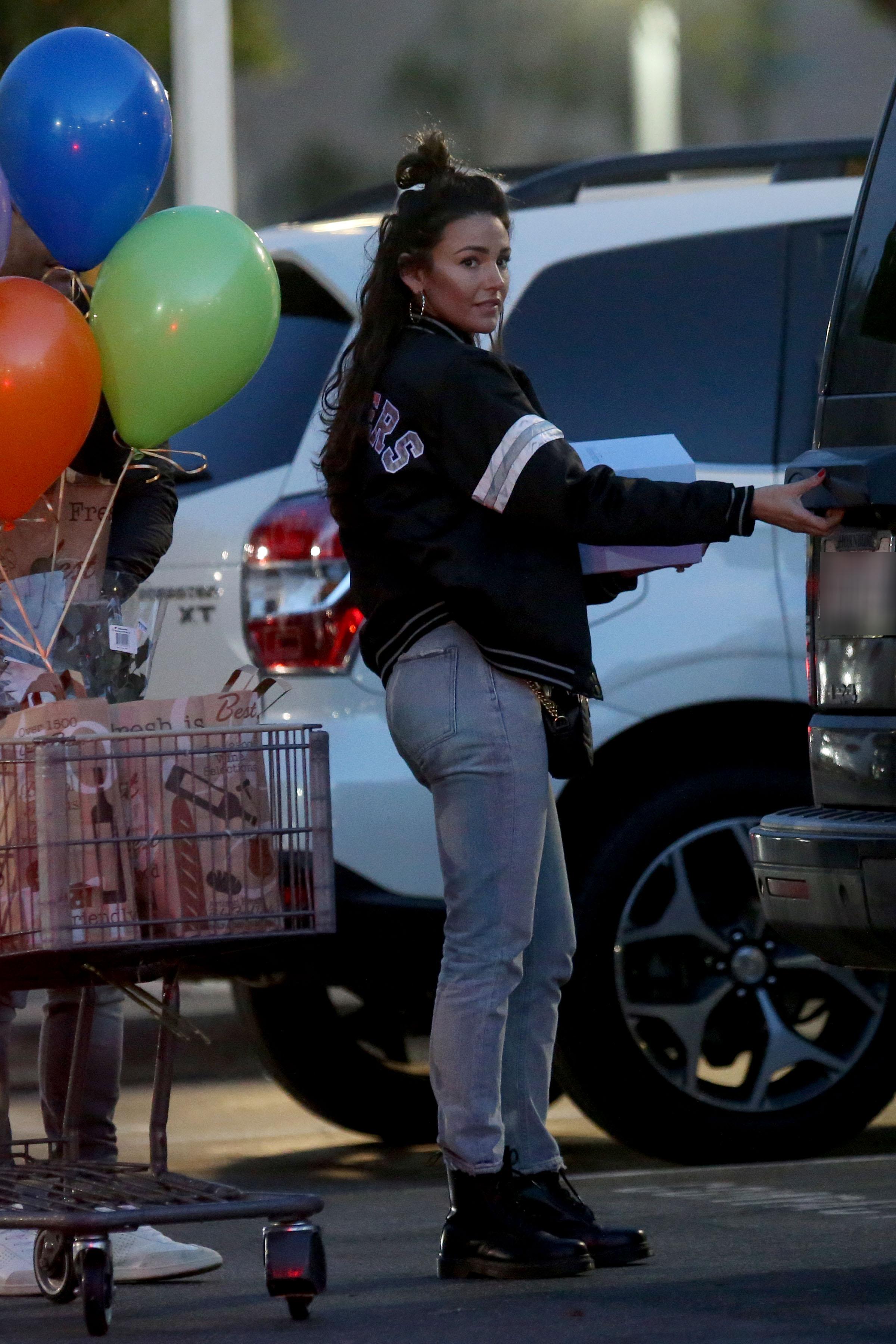 The former reality star held onto the bunch of brightly-coloured balloons as he and Michelle walked through the shop's car park.

Michelle flew to the States to spend some time with Mark after he returned to his native Essex for the Christmas holidays.

Mark has carved a lucrative career for himself in the US as the host of NBC show Extra – previously being papped rubbing shoulders with A-list celebrities at glitzy Hollywood premieres.

He and Michelle, who married in 2015, were forced into a long-distance relationship due to their differing work commitments – with Michelle remaining in the UK for her various acting and modelling jobs. 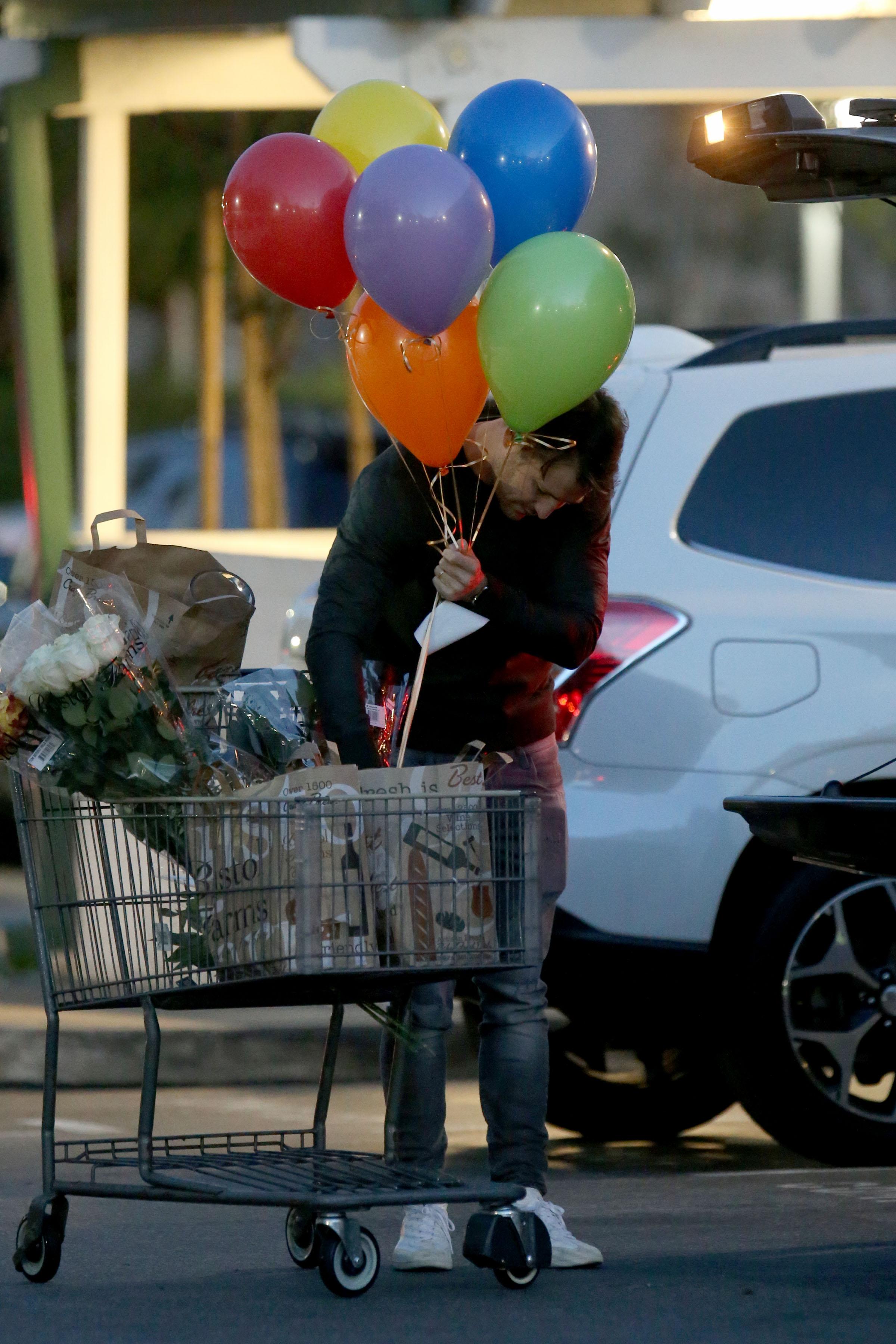 However, the brunette beauty has previously rubbished fans' concerns that they had split – insisting that she spends more time with her husband than they might realise.

She said at the time: "Mark sometimes comes home for a weekend and no one knows he’s even there.

"Over the years we’ve learned how to do that and I’ve definitely become more private."

The Sun Online recently revealed that Mark is mulling over moving back to England so that he can spend more time with Michelle. 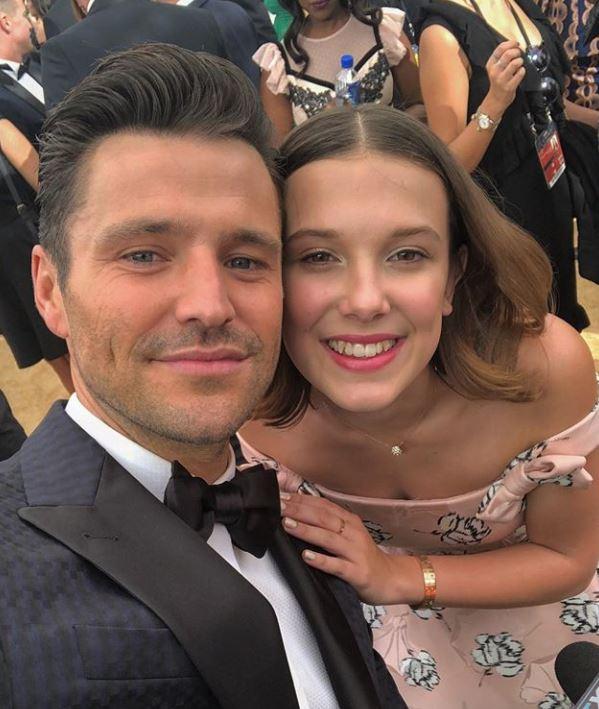 A source told us: "Mark has asked to leave EXTRA in the USA, as he wants to return to the UK and be with Michelle.

"He is also hosting The Bachelor here next year, and has other UK TV offers which he can’t do if he stays at EXTRA.

"Mark has loved doing EXTRA for 15 months, but feels the time is right to move on.

"But he has a dilemma now, whether to stay and help the sale of the show to a new network or leave and return to the UK. 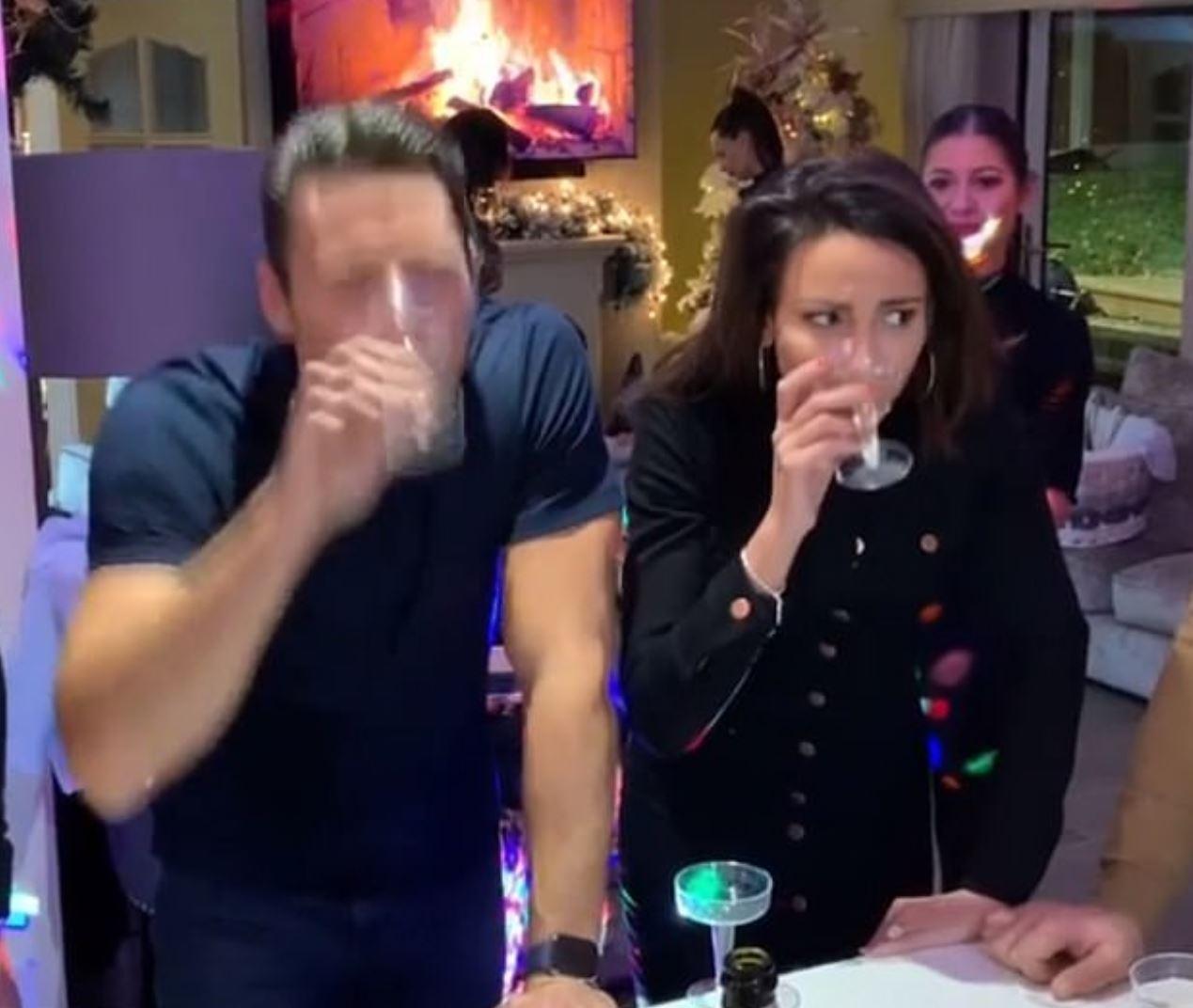 "He is awaiting permission to leave, but may have to stay until the show relaunches."

Mark also told The Sun Online how he was keen to start a family with Our Girl actress Michelle this year.

Speaking in August, Mark told us: "We say we’re going to try [for a baby] every year but something comes up with work.

"So it’ll be Michelle filming in South Africa and then I got the job in Los Angeles – so we think, right, we’ll try next year.

"It’ll be around December or January, we’ll talk about it and we’ll go from there."

The pair enjoyed celebrating Christmas with one another's families – even being filmed going head-to-head in a boozy drinking game over the break.

Michelle was in a team with Mark's sisters, Jess and Natalya Wright, and showed off her competitive side as she challenged Mark and his team to an enthusiastic game of Flip Cup.

Courteney Cox on Her Relationship with 'Partner' Johnny McDaid: 'He’s My One'