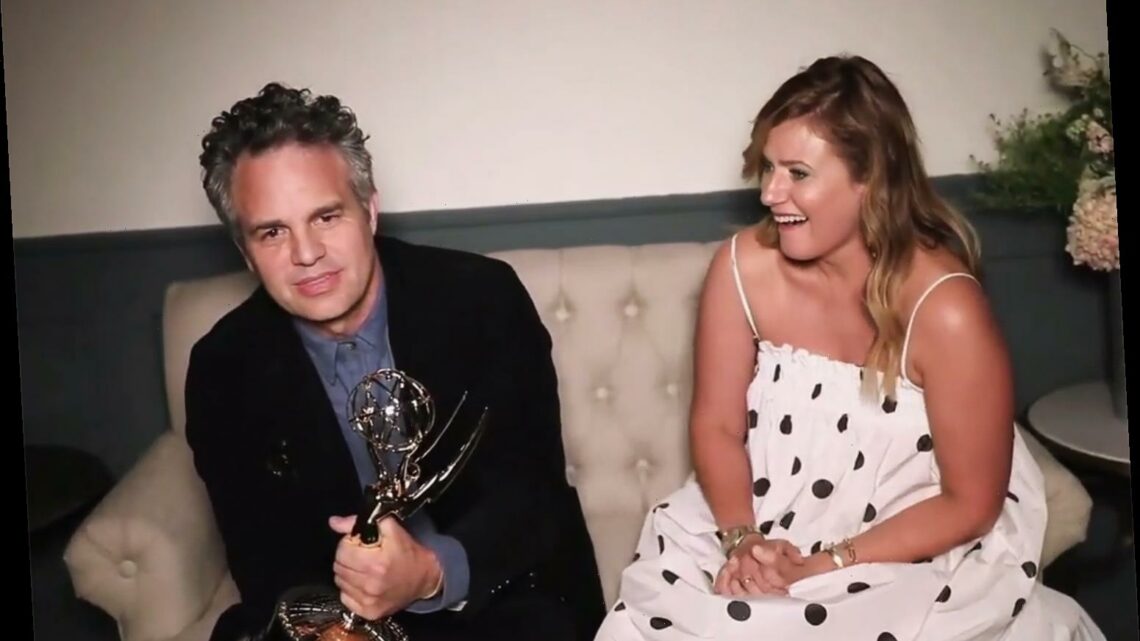 We know this much is true: Mark Ruffalo is an Emmy winner!

Ruffalo, 52, took home the award for outstanding lead actor in a limited series or movie on Sunday night.

The Avengers star was recognized on Sunday for his dual role in the HBO miniseries I Know This Much Is True, in which he played twins Dominick and Thomas Birdsey.

As his name was called, Ruffalo's wife Sunny Coigney cried and excitedly jumped for joy. During his speech, the actor not only praised his costars and fellow nominees, but also stressed the importance of voting in the upcoming presidential election.

"Wow, to be with these guys is such an honor," Ruffalo began, acknowledging his fellow nominees Jeremy Irons, Hugh Jackman, Paul Mescal and Jeremy Pope. "You are such beautiful performers this year and beautiful producers."

"Our story is about family," Ruffalo said of I Know This Much Is True. "It's about a man fighting for his brother, who is living with mental illness — a story so common in the United States. How are we going to deal and take care of each other? We do that with love and we do that by fighting for them. We have to come together. If you have privilege, you have to fight for those who are less fortunate. One thing I've learned about my family is we are stronger together."

"We have a strong important moment ahead of us," Ruffalo said of the election. "Vote for love and compassion and kindness."

In addition to playing two characters in I Know This Much Is True, Ruffalo also underwent a physical transformation, losing 20 lbs. to play Dominick — only to gain 30 lbs. weeks later to play Thomas.

"We didn’t want it to be like I run and throw a wig on and do the same scene in the same day, so we took six weeks off to really separate these two guys," Ruffalo explained at the TV Critics Association Winter Press Tour in January.

While Ruffalo said at the time that he had initially been excited to have to gain weight for a role, it was more difficult than he thought.

"Putting on the weight for Thomas was really challenging," he said. "I didn’t expect it to be. I thought I was going to have a fun time doing that, but when you're force-feeding yourself, some of the romance of food sort of leaves."

Ruffalo was previously nominated for an Emmy in the same category for his role as Ned Weeks in The Normal Heart in 2014, which won outstanding television movie that same year.