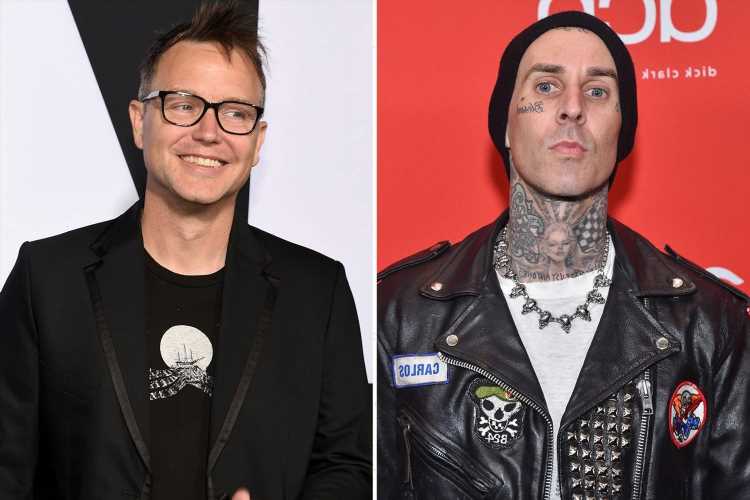 TRAVIS Barker sent his "love and support" to his Blink-182 bandmate Mark Hoppus amid the musician's cancer battle.

Mark, 49, revealed earlier this week that he's been undergoing chemotherapy for three months and feels "scared" but "hopeful". 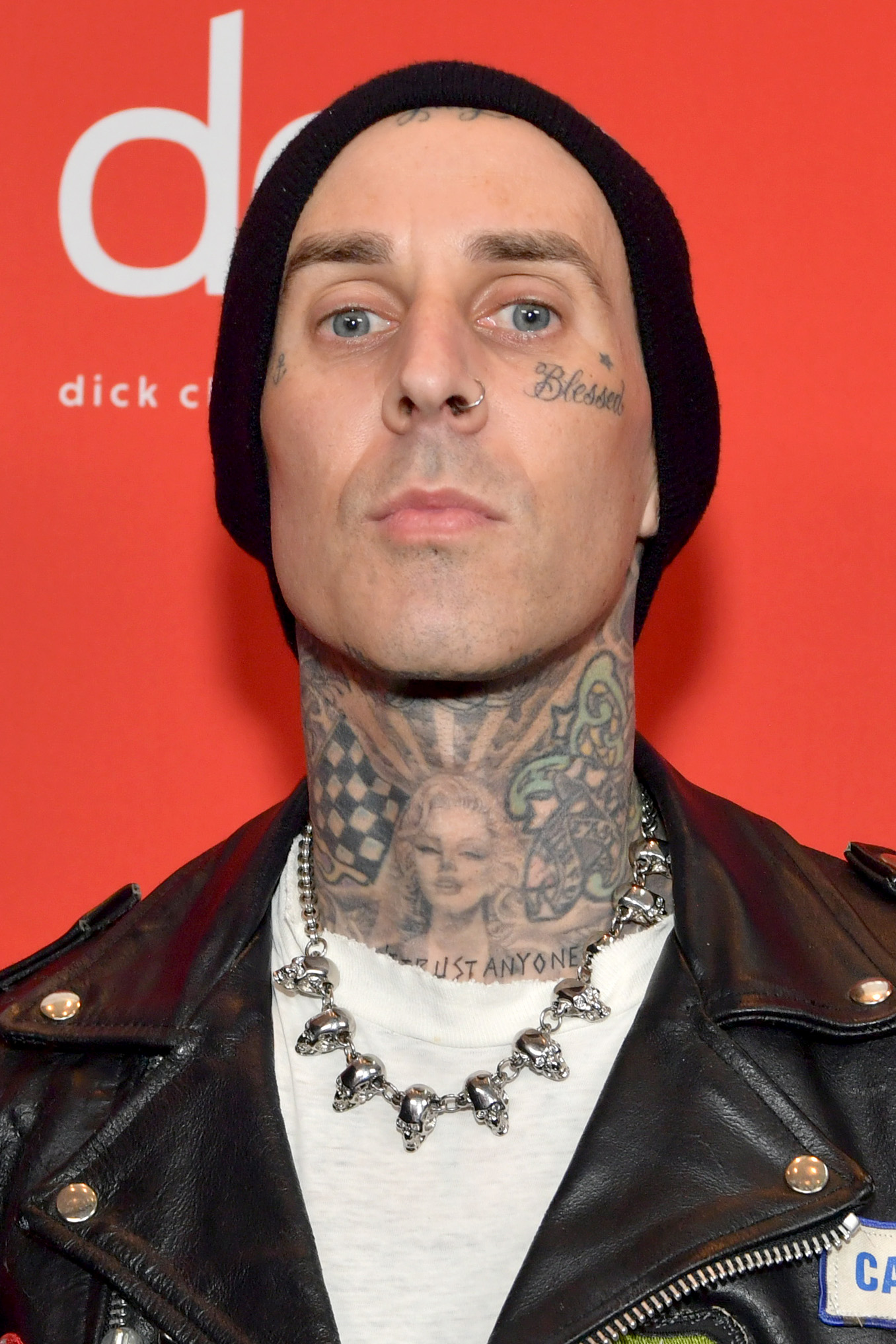 Amid the devastating news, Travis was quick to stand by his longtime friend and band member.

The 45-year-old drummer told E! News: “Mark is my brother and I love and support him.

“I will be with him every step of the way on stage and off and can’t wait for us to play together again soon.”

Travis – who is dating Kourtney Kardashian – also shared a photo of himself hugging Mark on his Instagram Stories and captioned it: “Love you”. 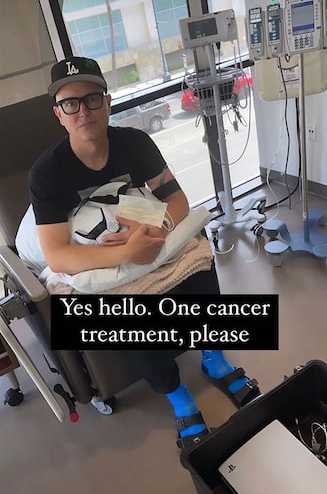 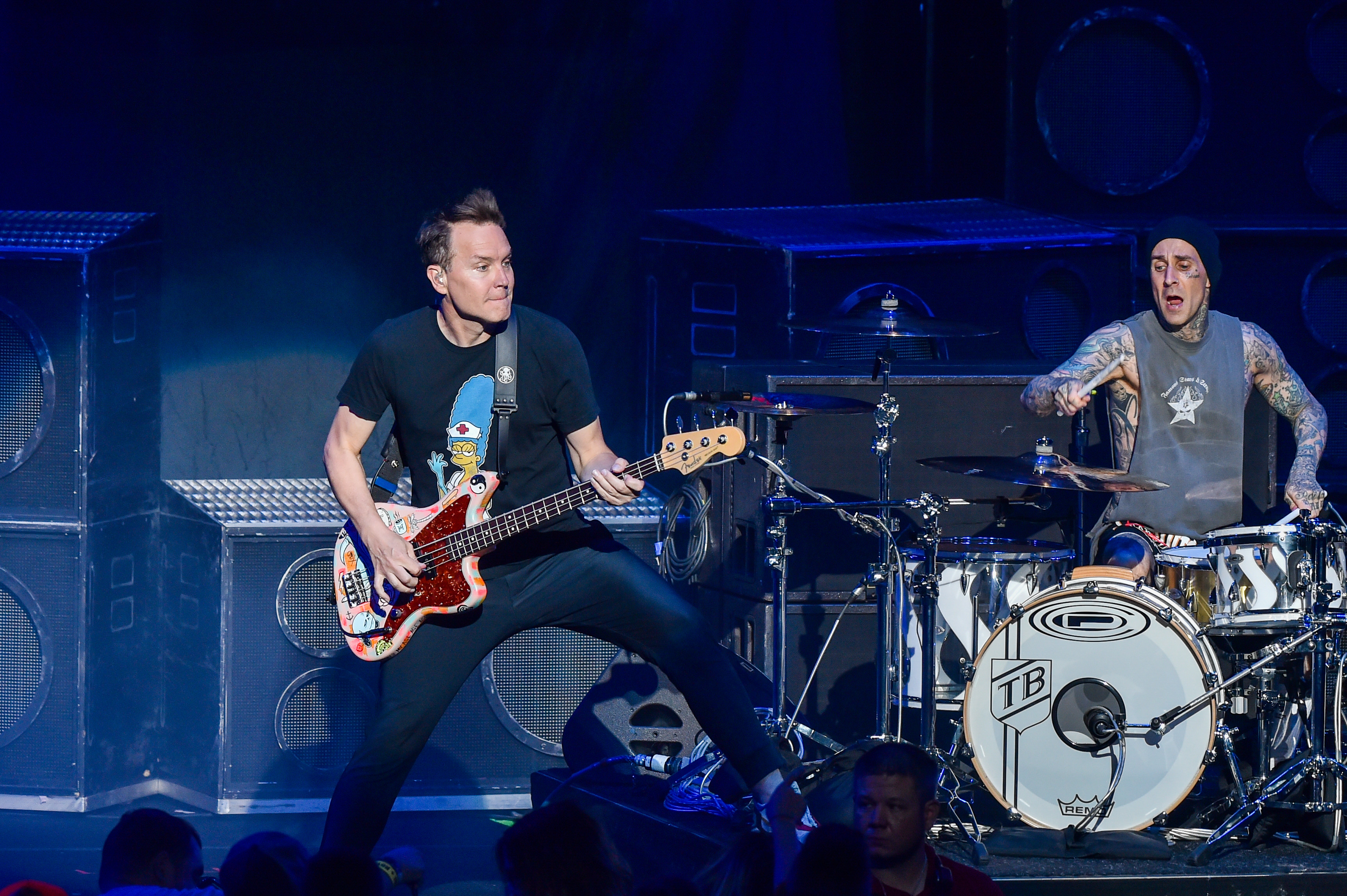 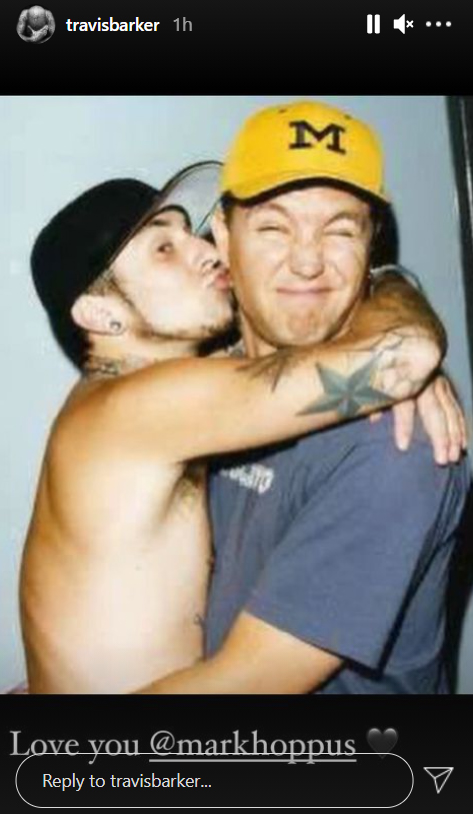 Tom – who left the group in 2015 – posted: "I, too, have been aware of @markhoppus’s cancer diagnosis for awhile now.

“And to add to his own words that he used today, I would also like to say that he is strong, and a super-human who is pushing through this difficult obstacle with a wide-open heart."

He added the hashtag: “#WeHaveHisBack.” 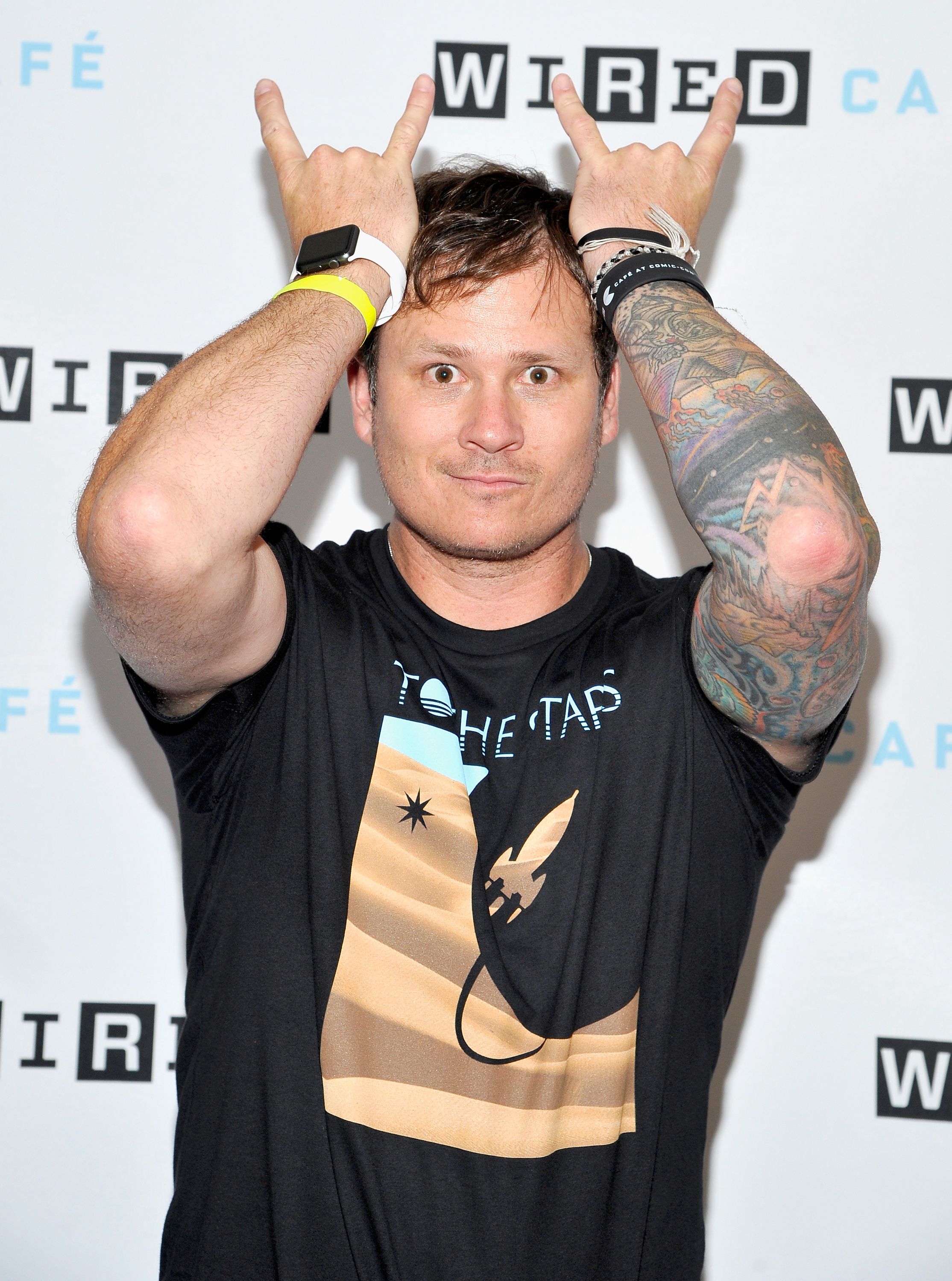 Mark revealed his cancer diagnosis on Wednesday while sharing a photo of himself in treatment.

He wrote: "For the past three months I’ve been undergoing chemotherapy for cancer.

"I have cancer. It sucks and I’m scared, and at the same time I’m blessed with incredible doctors and family and friends to get me through this."

He added: "I still have months of treatment ahead of me but I’m trying to remain hopeful and positive. Can’t wait to be cancer free and see you all at a concert in the hopefully near future. Love to you all." 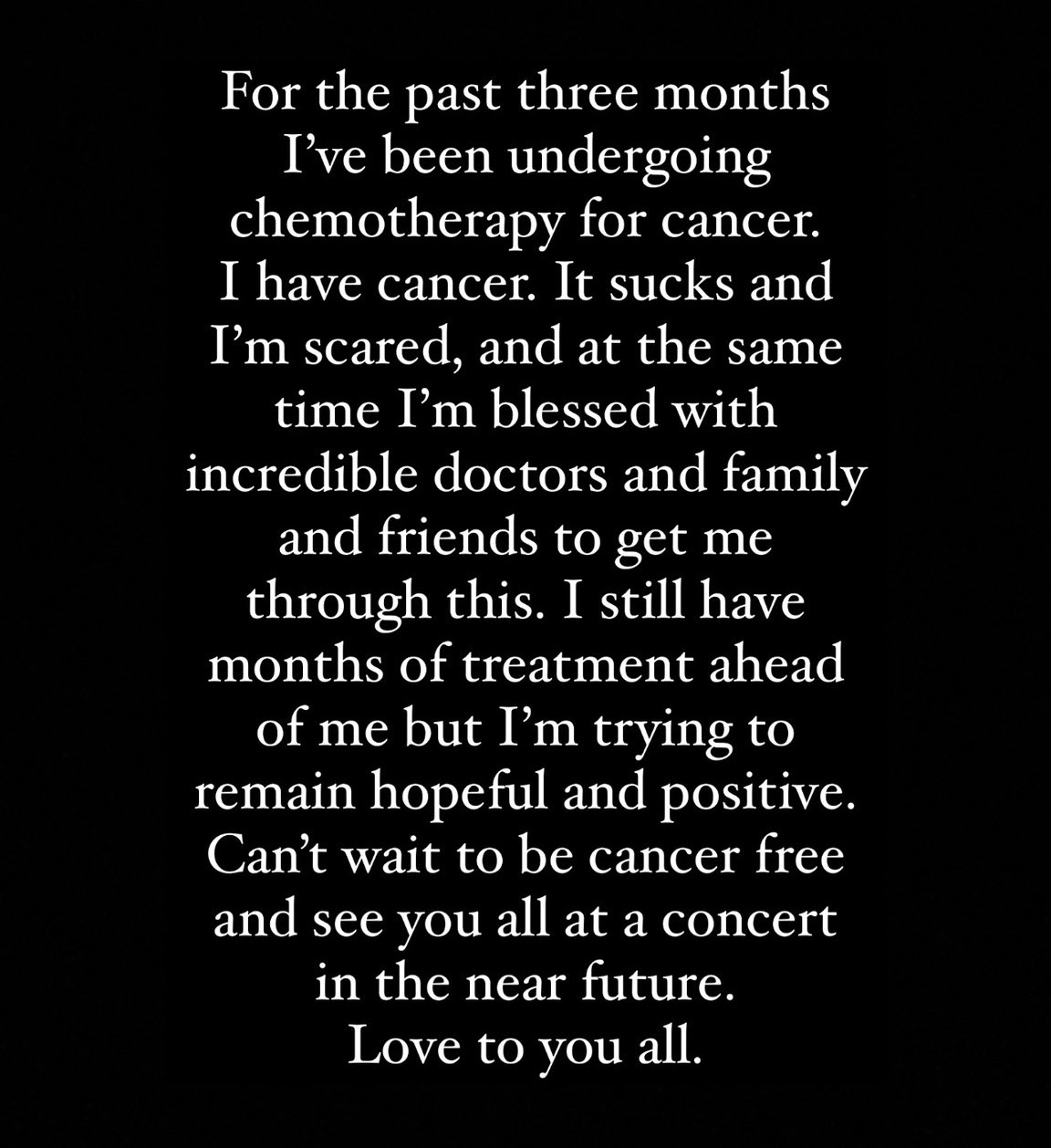 The hitmaker also shared a photo of himself sitting in what looked to be a doctor's office, with a caption that read, "Hello, yes. One cancer treatment, please."

In the snap, he has an IV hooked to his arm which appeared to be delivering the life-saving chemotherapy drugs to treat the illness.

However, the post soon disappeared from Mark's Instagram Stories as it appeared he had deleted the sensitive snap. 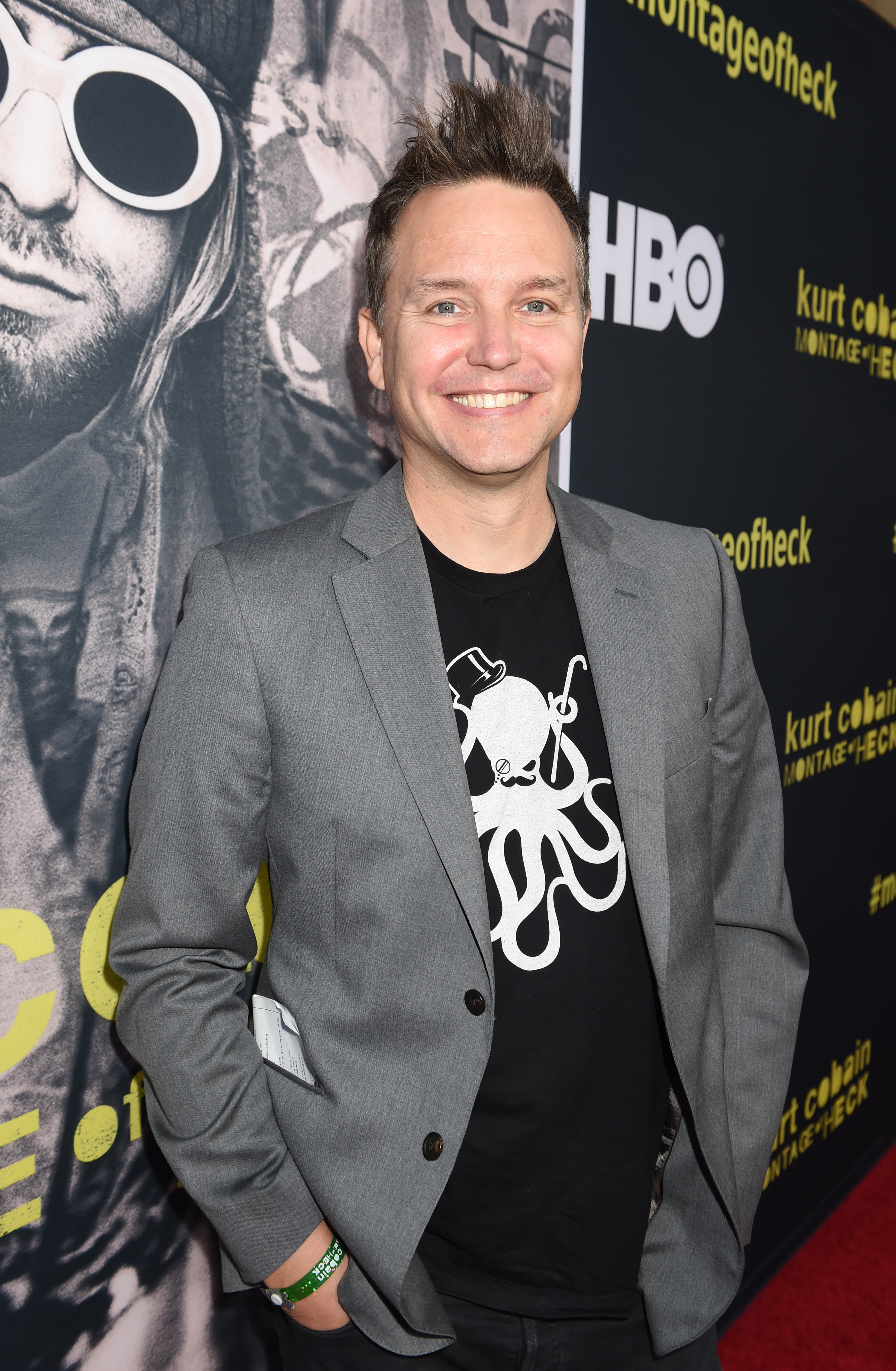 The star appeared to have no hair under his hat, as well as no eyebrows behind the frames of his glasses – hinting at his cancer diagnosis.

Mark is yet to detail what type of cancer he is suffering from, as well as the long term prognosis following his intensive treatment.

Besides co-founding a popular band, Mark has also produced music and hosted a television show on Fuse, Hoppus on Music, until 2012.

He has a rumored personal fortune of is $80million, according to Celebrity Net Worth.