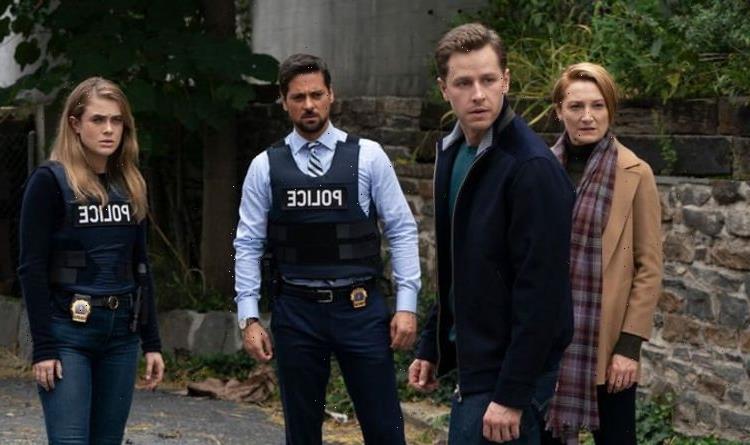 The supernatural drama series Manifest has been an unexpected hit with fans, especially since the show was added to Netflix’s roster recently, so audiences are confused and upset as to why the series has been cancelled. In the meantime, one fan has noticed a glaring blunder from a season one heist scene.

Manifest, which follows a group of airline passengers after they suddenly reappear after being presumed dead for five years, first aired in 2018.

After the passengers return, they soon face their grieving loved ones and struggle to adjust back into regular life.

However, the series takes a supernatural turn when the survivors begin to experience voices and visions of the future.

The NBC series has found a new audience on Netflix and, as Forbes reports, Manifest is quickly climbing the charts on Netflix’s Top 10 list.

Fans are, rightly, confused about the series’ cancellation as Manifest looks set to be one of Netflix’s most popular ever shows. It has been revealed the show is in the number one position for its consecutive 23rd day – only two other Netflix series have managed this in the past.

However, some viewers are grieving the series by rewatching it from the beginning, and one fan has noticed a glaring error from season one.

Revealing the blunder on Movie Mistakes, they said: “A thief has stolen 75 million dollars. He runs out with two large duffel bags.

“Seventy-five million dollars would be 1,650 pounds. No way this could be carried in two duffel bags,” the fan concluded.

In the season one episode, Hard Landing, criminal James Griffin (played by Marc Menchaca) orchestrates a robbery of an armored car, which contains more than $70million.

As James makes his getaway, a car chase ensues after he kills two of his accomplices.

His car later plunged into the river and James was found three days later to be alive.

Does the fan’s observation about the weight of the money suggest that, during his chaotic escape, James was forced to grab what money he could and didn’t leave with the whole amount?

The transport of money in heist scenes from films and TV shows has long been criticised and discussed.

Former jewel thief Larry Lawton told Variety that cash is much heavier than people think and it makes more sense for thiefs to target lower weight goods like diamonds.

However, Lawton understood that visuals in films and TV shows are vital so agreed that the common trope of money stuffed into just a few duffle bags was “cool to look at”.

So it is understandable why James would leave the crime scene with just a few bags.

Despite the error, the scene remains powerful, especially as it led to an interesting character arc for James.

However, fans are still mourning the series but are hoping that the positive ratings on Netflix will lead to the streaming service to resurrect the show for a fourth season.

Showrunner Jeff Rake offered a glimmer of hope recently after he tweeted: “I’m not giving up. Keep the faith. #SaveManifest.”

Forbes also reports that the show’s ratings are especially impressive as the series has only been a member of the Top 10 charts for less than a month, so hopefully this all means that fans’ prayers will be answered sometime soon.

Manifest is currently available to watch on NBC in the US, and on Sky and Now TV in the UK.

DaniLeigh Announces Pregnancy With DaBaby Speculated to Be the Father