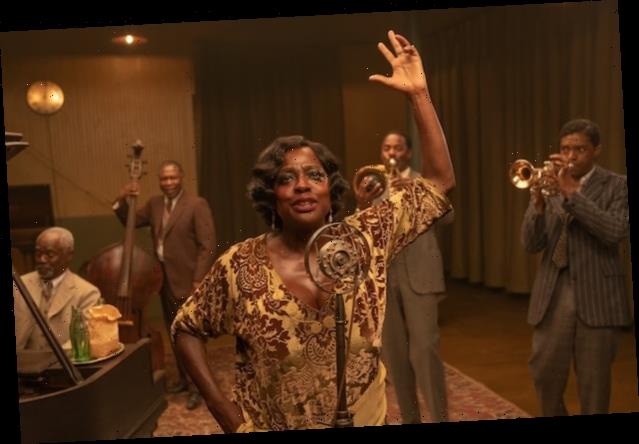 Netflix film based on an August Wilson play debuts on Dec. 18

Viola Davis plays the “Mother of the Blues” in “Ma Rainey’s Black Bottom,” a jazzy, soulful and musical drama in which she and Chadwick Boseman together tackle race, art, religion and a white dominated recording industry.

The first trailer for the film shows the lush period setting of 1920s Chicago, in which Ma Rainey’s band gathers together to record a new album of her songs, only for them to tell stories, joke around and philosophize and argue about the world and the career they’ve chosen. Before long though, tensions begin to boil between Ma Rainey, her white agent and producer and the rest of her bandmates.

“Ma Rainey’s Black Bottom” is based on an August Wilson play and is directed by George C. Wolfe (“Lackawanna Blues,” “The Immortal Life of Henrietta Lacks”) from a script by Ruben Santiago-Hudson, and Netflix sees the film as another big Oscar contender in a year in which the streamer has a lot of them.

The film is the final movie for the late Chadwick Boseman, who died late August at the age of 43 from cancer. “Ma Rainey’s” also stars Colman Domingo, Glynn Turman and Michael Potts, and it’s produced by Denzel Washington alongside Todd Black and Dany Wolf.

Netflix will debut “Ma Rainey’s Black Bottom” on December 18. Check out the first trailer for the film above.

Jenelle Evans Shows Off New Physique By Twerking to Christmas Music, Might Be Losing Her Mind