Home » TV & Movies » 'Ma Rainey' Star Colman Domingo on Being Black in Hollywood: 'You Always Have to Fight to Get Your Worth' 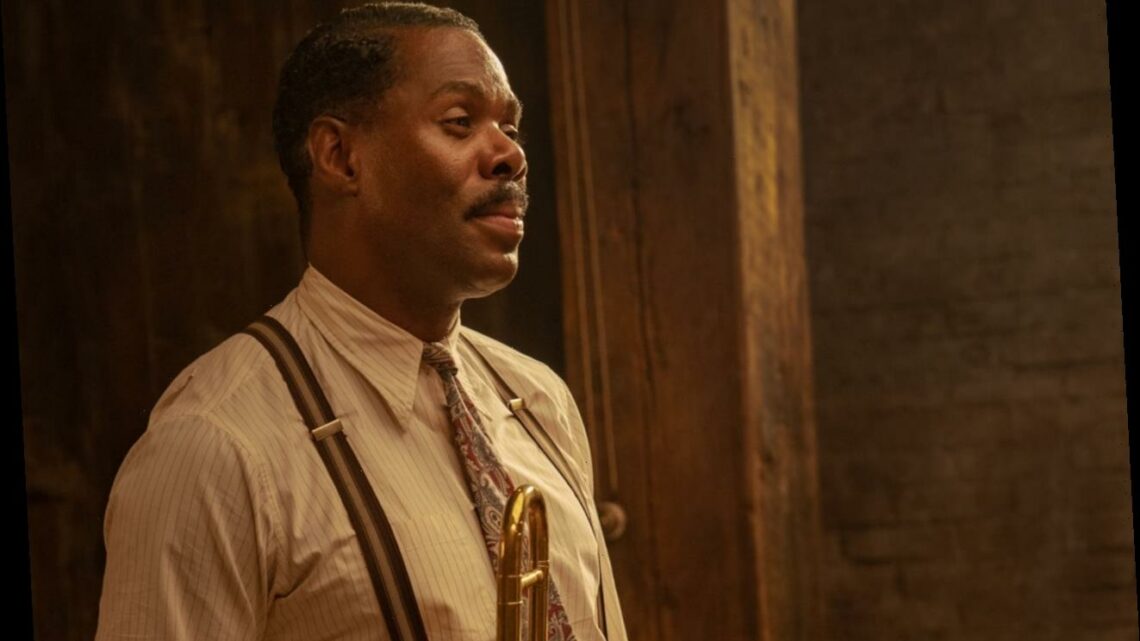 'Ma Rainey' Star Colman Domingo on Being Black in Hollywood: 'You Always Have to Fight to Get Your Worth'

TheWrap magazine:“I think of that line that Viola (Davis) says in the movie: ‘They want your talent, but they don’t want all of you,’” says the veteran actor

A version of this story about Colman Domingo and “Ma Rainey’s Black Bottom” first appeared in the Race Begins issue of TheWrap’s awards magazine.

The August Wilson play “Ma Rainey’s Black Bottom,” which theater and film director George C. Wolfe adapted for a movie version starring Viola Davis and the late Chadwick Boseman, is set in a recording studio in 1927. Davis plays the real-life blues singer Ma Rainey as a titanic and imperious talent who must continually fight for the smallest measure of control from the white businessmen who are making money from her art.

And Colman Domingo, who plays the bandleader who serves as the go-between among Rainey, the headstrong trumpeter Levee (Boseman) and the managers and label owners, told TheWrap that he is familiar with the need to fight for agency over his own talent.

“I don’t feel that anymore, but that is an experience I know very, very well,” Domingo said. “Any Black artist that I know has felt that way, anytime you walk into a room and there’s no one that looks like you and you have to code-switch and find a way to make your presence palatable in some way. I think of that line that Viola says in the movie: ‘They want your talent, but they don’t want all of you.’ They want what you bring – but when it comes to getting simple respect, you’re sometimes fighting to be taken care of.

“To be an artist is a tremendous privilege, but it’s also abused at times. Sometimes you feel like you’re fighting for the simplest of things – even after you’ve been in the industry for 30 years, you still feel like every contract is a fight. Every time I get an offer, it’s usually a fight. ‘Ma Rainey’s Black Bottom’ was not at all. They came in with such a level of respect. But that’s rare. You always have to fight to get your worth, or be willing to walk away. Sometimes, our only power is to say no.”

Colman, a veteran theater actor who played a regular role on “Fear the Walking Dead” and currently appears on the HBO series “Euphoria,” anchors the “Ma Rainey” ensemble as trombonist Cutler. His bandmates include Glynn Turman, Michael Potts and Boseman. “Any actor worth his salt is like a rabid animal when he gets to dig into August Wilson’s text and uncover these incredibly complex human beings,” he said. “We’re rarely given the opportunity to give a full arc to a character who is not playing into tropes in any way. So we all came in with a sense of play and no ego and a deep sense of interrogation.”

The actors also came in with no real experience playing music, although Turman had played the pianist role onstage. “George assembled a group of actors who have a great competitive nature,” he said. “You didn’t want to look like a fool in front of your comrades, so you went home and you studied for hours at night. Even if you knew that a real band would be playing (on the soundtrack), you wanted to move the needle. So that’s what we did.

“Honestly, I feel that if you turned down the volume on the real band and heard us croaking out the notes, you would understand what the song was.”

But “Ma Rainey” is more about the words than the notes – and late in the film, an argument between Cutler and Levee erupts into an unforgettably raw treatise on religion and race. “Actors like Chad and I, we do our homework and then we live in the moment,” he said of that wrenching confrontation that plays out between his character and Boseman’s. “And in that moment there was something happening, that’s all I can say.

“I don’t know what was happening with Chad, but he looked away when he got to the deepest part of the material. I can still see Chad looking away and putting his hand on his head, and I was afraid George was going to call cut. But I knew we had to go to wherever this was, so I started yelling at him at the top of my lungs, ‘Tell me, tell me, tell me!’

“And he did, and that’s the performance we see. I’m trembling, he’s trembling, and when George called cut we immediately embraced each other and cried. I didn’t know what we were crying for, but there was something in the room that the text was bringing up in our own lives. And we held onto each other because we knew that we’d broken through some cracks in our own psyches.

“I’ll never forget that moment. And I looked around – Glynn was silent and Michael was silent and the whole crew was silent. In the forward to one of his plays, John Patrick Shanley talks about leaving room for the divine to reside, and as an artist I’m always seeking that moment. I think we both went to that space, and it was truly one of the most impactful scenes I’ve had in my entire career.”

Critics Choice Awards TV Nominations: ‘Ozark’ and ‘The Crown’ Lead with 6 Nods Each