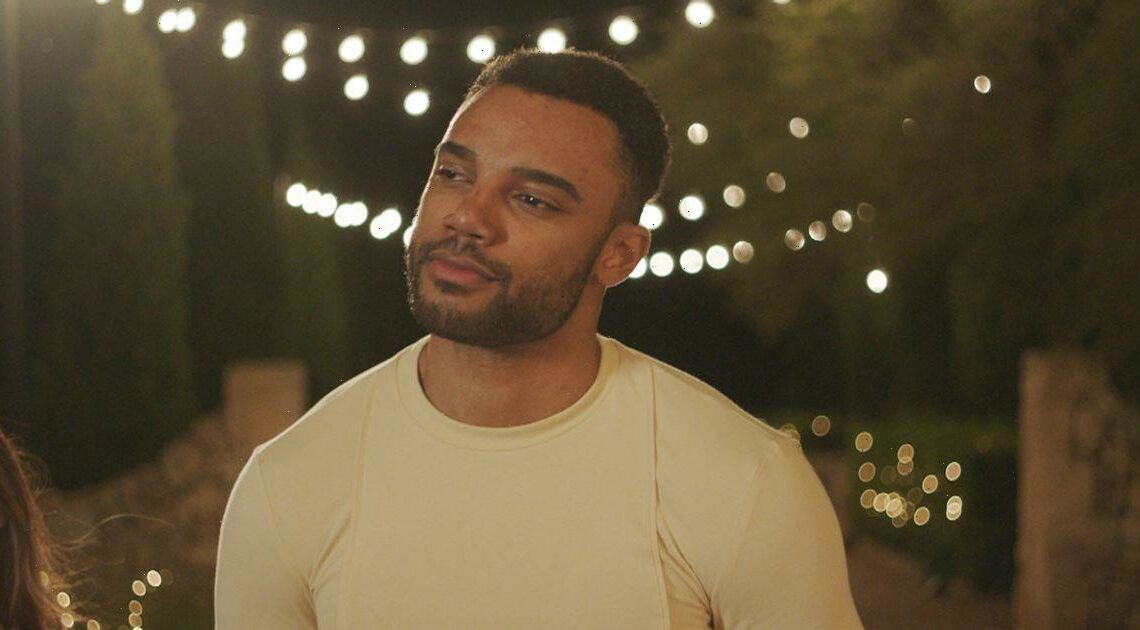 With three new arrivals in the Love Island villa comes the possibility of a large shake up between the contestants, as romantic rivalry is rife.

However, for new guy Tyler Cruickshank it’s looking like he and Kaz will have a smooth run at coupling.

Abigail Rawlings came in with an eye for Toby and caused a quick rift between him and partner Chloe, and Tyler and third arrival Georgia Townend entered with their eyes set on the singles in the villa.

While Georgia was quick to make her interest in Hugo known to the group, Liberty took Tyler aside to try and convince him that Kaz was the “girl next door” type he may be looking for, with Tyler quickly agreeing. Kaz joined the pair as they spoke and as sparks between Tyler and Kaz quickly flew, Kaz excused Liberty so they could get to know each other better.

The pair continued to spend time together after matchmaker Liberty paired them up, and by the end of the day Tyler was even suggesting they get married after their speedy romance.

While speaking privately, Kaz asked Tyler about his job and future plans, with Tyler opening up about his desire to own his own law firm before cheekily dropping the hint of his interest in her.

After detailing his goals, he said: “So I’ve got my plans… so you’re my missus now innit?” Kaz laughed at the suggestion, saying: “we kinda like to hear that”

Kaz and Tyler's easy flowing conversations carried into the next day.

Sitting together for a private chat later in the episode, Tyler spoke to Kaz and asked if she would make a move on him if they weren’t in the villa.

He asked: “You’re out with your girls, you see me walking but I’m like not really making eye contact and I’m keeping myself to myself, would you approach me?”

“Would I shoot my shot?” Kaz asked before nodding her head that she would. Tyler was pleasantly surprised by her answer, saying: “Swear down! I like that though, it’s 2021, if you want something go get it.”

Later, while talking from the beach hut, Tyler spoke about how easy it is to talk to Kaz.

He said: “It’s like ping pong, back and forth, I’m excited to see where it goes.”

For all your juicy updates on all things Love Island, sign up to our Factor 50 newsletter.

Love Island continues on Wednesday night at 9pm on ITV2 and ITV Hub. Episodes are available the following morning on BritBox.

We CAN fight climate change… but only if China and Russia do their bit too, says Alok Sharma
World News