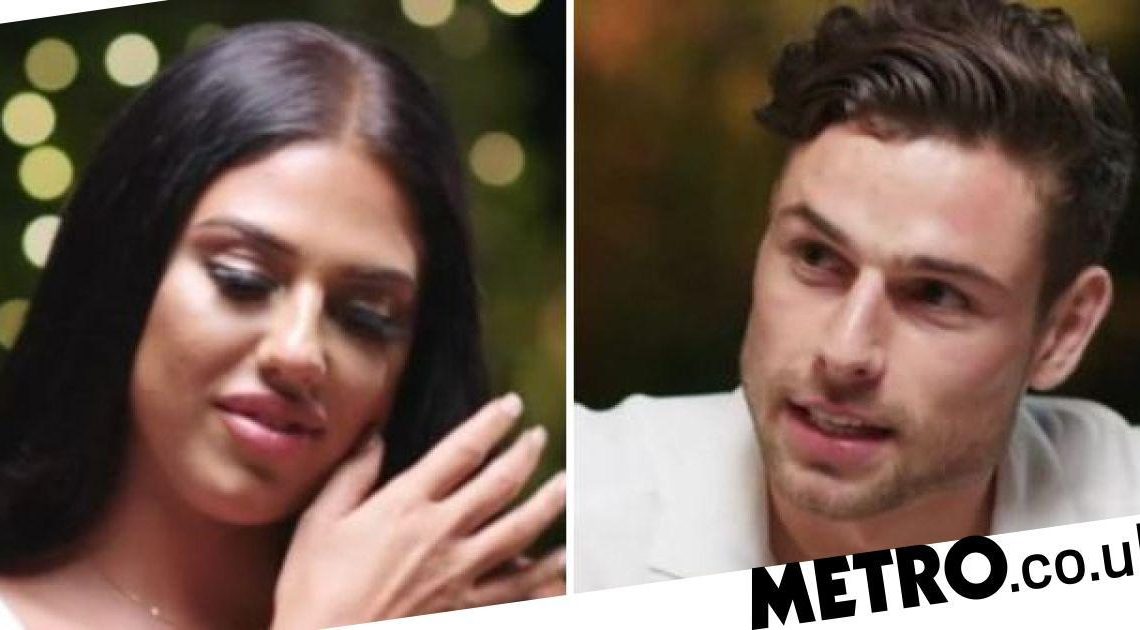 Love Island bosses decided to stir things up by throwing in two new bombshells at the end of tonight’s episode.

Yes, just as Maura Higgins and Anna Vakili thought they were packing their bags, the duo were ‘saved by the boys’ and headed off on their dates.

Once the recoupling had taken place, newbie Maura read out a text saying: ‘Anna and Maura you’re going on dates with Jordan and Tom.

The pair screamed with excitement as their fellow islanders clapped and cheered at the news.

But in a preview for tomorrow night, it sure looks as though things are about to heat up.

The girls head off to meet the new boys, and well, Maura is her natural self as she asks Tom if he’d be up for sharing a bed with her.

Yes, the girl was clearly over Tommy Fury, as she went straight in there with one of the most upfront questions of the series.

Probably second to the time she asked the boxer if Molly-Mae turned him on as much as she did.

But by the looks of things, Tom seemed down for having a place to sleep, and appeared to half-heartedly agree.

Close by, Anna is being chatted up by Jordan, who prior to the show revealed his perfect woman is: ‘Someone who has got nice eyes, good energy and good banter.

As well as ‘someone who doesn’t take themselves too seriously but is career driven.’

He immediately tells Anna that he thinks she looks beautiful, and it seems she is taken a back by the comment.

Iain Stirling, who does the voice over on the show, can be heard saying: ‘And the Islanders are having a tough decision…’

The camera then shoots to the contestants back in the villa, who are voting for the couple they believe are the least compatible.

Looking worried, Amy can be seen telling Curtis: ‘He is having doubts,’ while Yewande adds: ‘I don’t think they’re compatible.’

Amy appears to be in agreement, telling her other half Tommy: ‘I personally don’t see it working.’

The two couples with the most votes risk being dumped from the island, and we can’t help but think Lucie and Joe are in trouble…