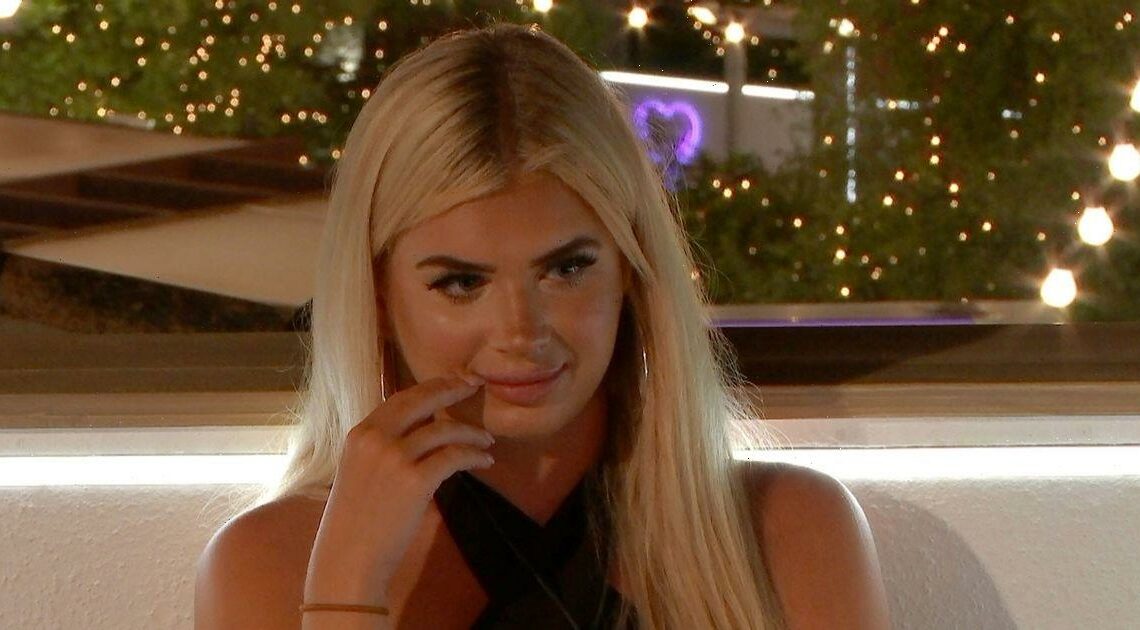 Love Island'sLiberty Poole comes under scrutiny from the rest of the girls in the villa after taking her boyfriend Jake Cornish back.

During the teaser clip for Sunday's episode, Liberty can be seen getting grilled by the gang of girls as she tells them all about Jake opening up to her.

In Friday's episode, the couple looked as if they were at breaking point but Jake salvaged them by telling her that he loved her.

But when Liberty told the girls that they kissed and made up, they weren't as happy as she was, and second-guessed her decision.

In the clip, the girls could be seen sat around the firepit, with Liberty in the centre updating them about her and Jake's roof terrace conversation.

With the girls all looking concerned, Liberty's smile soon dropped and a look of worry spread across her face.

As the girl's asking: "Do you not think he was just telling you what you want to hear?"

As Liberty looked around her group of pals, she asked: "Is that what you guys think?"

And added: "Do you think I'm being an idiot?"

The couple made up after concerns came to ahead over Jake acting for the cameras and not really being that into Liberty.

This was further highlighted in the challenge where they were voted as the most 'one-sided couple' in the public vote.

This came after Jake Winter also branded Jake as a showman following his continually "strange" antics in the villa.

On Friday's episode, Faye mouthed: "He's a showman. He did the whole girlfriend thing because he's a showman."

Faye said this during a one-on-one chat with her beau Teddy Soares, with who she has recently rekindled.

Fans took to Twitter to revel in the situation and to debate Jake's realness.

One viewer said: "You can tell Faye isn’t believing what Jake’s saying to Lib"

Whereas a second said: "The face on Faye when Liberty was talking about Jake was the same as us watching when she went all crazy on Teddy last week."

While a third said: "I would like Faye from last week to make an appearance and shake Lib please #LoveIsland"

Liberty's pal Chloe Burrows also told Toby that she thought Jake was "showboating" while in a conversation with Toby Aromolaran.

The Nandos waitress had become increasingly sceptical of her man since the cast had a Movie Night where they saw the water engineer's Casa Amor behaviour.

Love Island returns on Sunday at 9pm on ITV.