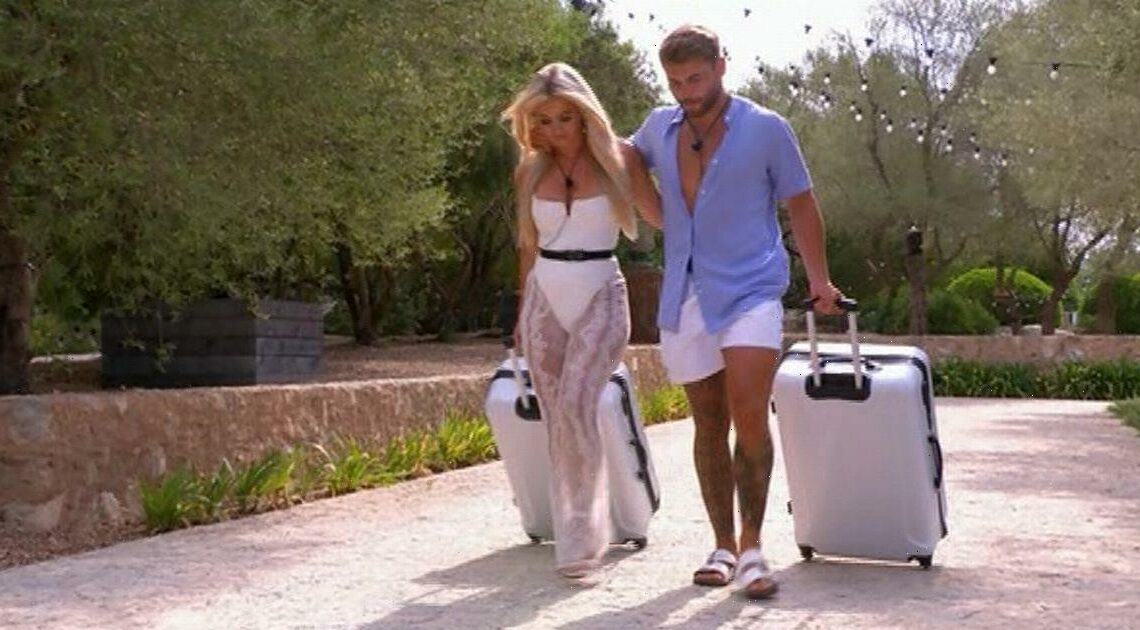 In a surprising twist, the 24-year-old water engineer and the 21-year-old student made the difficult decision to leave the villa just three days before the grand final.

After the pair called it quits on Thursday night’s instalment, the day-one couple talked things out on their final date together as they enjoyed a drink on a yacht together before they announced to their fellow Islanders they were leaving.

And The Mirror has reported that the water-engineer is now being closely monitored by mental health experts prior to his flight back to the UK after the negative backlash he has received from viewers online.

Following their seven-week journey inside the villa, Jake and Liberty will be offered a minimum of eight therapy sessions following their departure under Love Island’s duty of care protocols.

The dynamic duo will also be offered psychological support for up to 14 months from the date they leave the villa to help cope with the backlash and new found fame that comes from their time on the hit ITV2 dating show.

The show introduced new guidelines this year after a 2018 enquiry into the series following the negative backlash they received about the lack of support for contestants after the show.

After ITV announced their changes, they reassured fans there would be a firm focus on mental health inside the villa to make sure all those taking part receive the best support possible before, during and after the show.

Prior to the show, all the contestants were urged to consider the repercussions of their appearance on Love Island and the negative effects it may have when they leave the villa.

The Islanders also received pre-filming psychological and medical assessments which were conducted by an independent doctor and a psychological consultant.

Reports were also gathered containing each of their medical histories which were provided by their GP’s so that the team could include relevant medical supplies needed to create a comfortable living environment for them.

The Mirror goes on to that the cast are also offered coaching in order to give them the best advice on how to deal with job offers, advertising campaigns and other public and TV appearances following their time on Love Island.

In 2018, ITV launched a review of Love Island’s participant welfare processes to independently review how the show supports contestants following the tragic suicides of contestants Mie Thalassitis and Sophie Gradon.

Former Islanders have spoken out about their experience with the aftercare after the left the Spanish villa, and many couldn’t find faults with their continued support since they left the show.

Amy Hart told the Huffington Post: “I can’t fault the support. People have had a lot of bad things to say about them and they might have upped the aftercare, but it’s the same team who’ve worked on the show for five years. I don’t agree with the criticism – they are amazing.”

Callum Maleod previously told GQ: “The support before going into the villa was great: we had loads of test to make sure we were stable.”

Alex George opened up to BBC News about his experience with the aftercare, and admitted: “Within 24-hours I had an appointment booked and I continued to be seen, so I've had really good aftercare.”