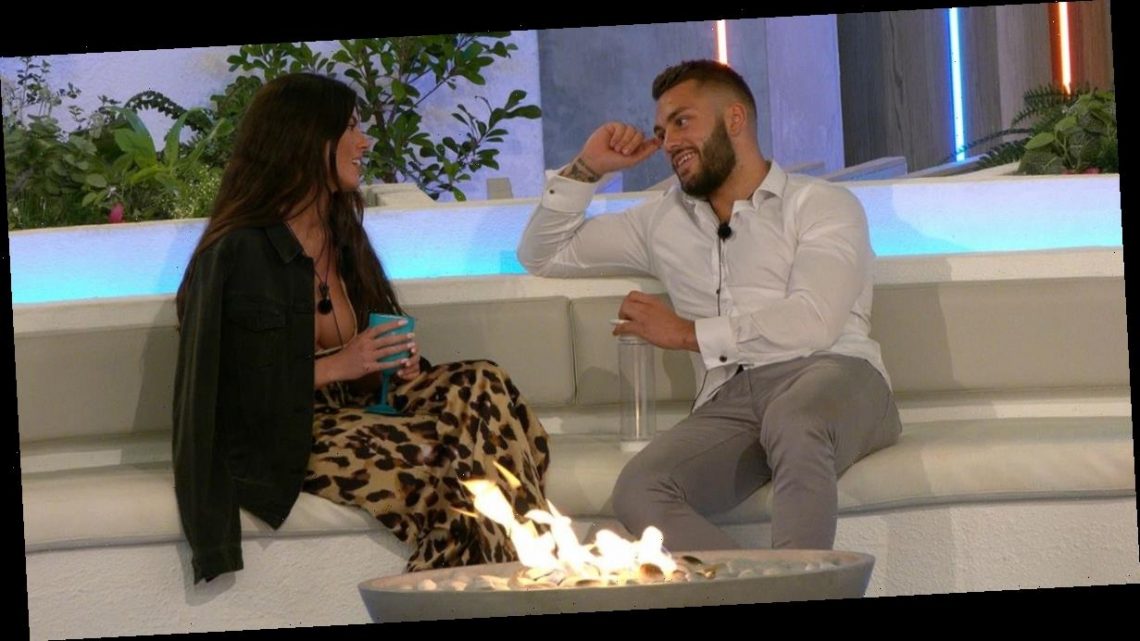 In tonight's explosive Love Island , Finn starts to get his head turned by saucy new girl Rebecca, even though he is coupled up with Paige.

Finn and Paige had been getting to know each other until beauty queen Rebecca entered the villa and it looks like she might steal him.

Rebecca took Connor and Callum for dates during her grand entrance episode, which also saw her give all the boys a lap dance before they had even met.

And it seems this might not be enough for Rebecca as she sets her sights on Finn and probes him for more information about his relationship with Paige.

Despite discussing his ‘cosy’ coupling up with Paige, Rebecca pulls Finn for a private chat to ask where his head’s at and whether he could be tempted by a new arrival.

Finn admits: “If a new girl was to come in who had an interest in me, then I would definitely see that through, get to know her. It would certainly be something I would have a look at.”

He adds: “I’m more than happy to get to know you and see where we go from there.”

“Yeah, I’m with you," replies Rebecca.

Meanwhile, a nervous Paige opens up to Callum about her worries on Finn talking to Rebecca.

“If someone does come in here and give him any attention, his head would be ready to turn," she predicts.

And in the Beach Hut, she added: “I’m playing it really cool with him. I’m like, 'Yeah, get to know her, find her really funny and find her hair so good looking'… but I’m playing it cool.”

Meanwhile, distraught Shaughna is terrified that new girl Rebecca will turn the head of her man Callum, but that doesn't stop Siannise from getting what she wants.

When Callum admits that Shaughna is "stressed", Rebecca tells him: "It's good that though. It spices things up. Everything is getting hot, hot, hot."

Realising she can turn the situation to her advantage, sneaky Siannise urges Rebecca to go full on for the "cheeky chap" so that she can make a move on Connagh Howard.

The Bristolian says: "My advice, if you’re feeling Callum is more me, I would probably just pull her for a chat, just let her know."

But Rebecca admits that she is torn between a few of the boys in the villa.

She says: “He’s one person, I’m feeling… and then Connagh. You know when you’re chatting to someone and it just flows naturally? He ticks all the boxes, we have things in common, he’s got nice eyes, he’s soft, he puts you at ease…

“And I had a really good chat with Finn. He’s got really nice eyes.”

H.E.R.’s Relationship Status Is Just As Mysterious As Her Persona