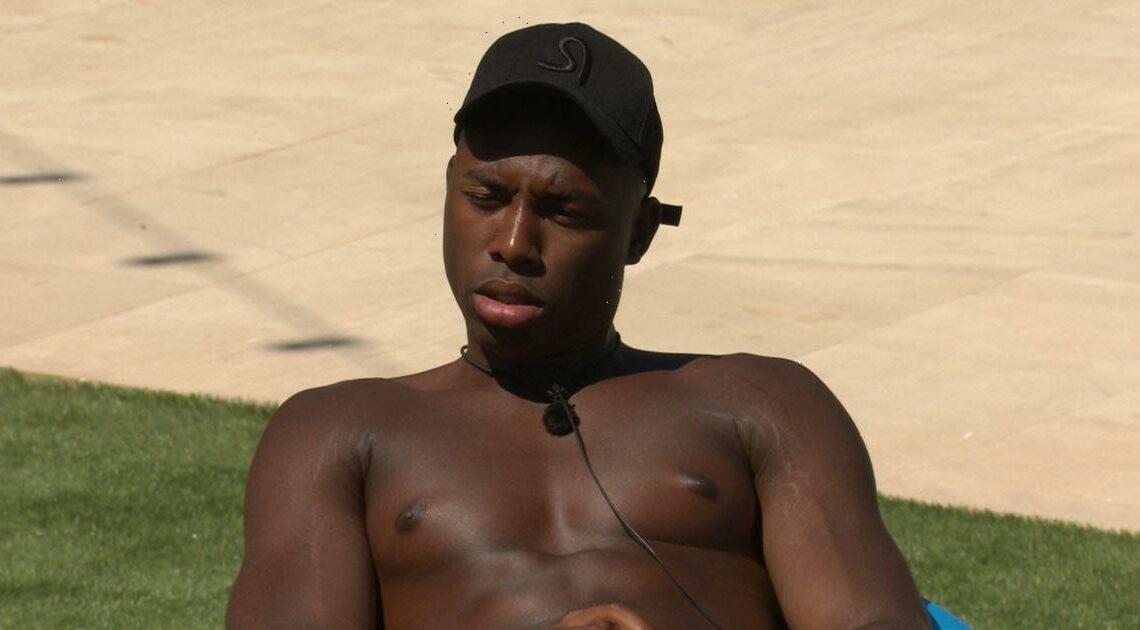 This comes as 30-year-old beauty Anna – who joined the Star as a Love Island expert to give her "no filter" opinions on the show for the new series – gave her brutally honest insight into the latest batch of Islanders.

Speaking exclusively to the Daily Star's Carly Hacon during a Facebook Live chat, Anna didn't hold back as she was asked what she thought of 24-year-old luxury events host Aaron.

During a game of 'Love or Shove', the ex-Islander was asked to rate handsome Aaron, and she decided to go for 'shove'.

Asked why she opted to 'shove' the London lad, she explained: "I just feel like he's a bit cringe.

"I really don't know what it is about him but I'm a bit cringed out by him.

"He doesn't have the chat, he's a bit boring I think."

Anna then went on to discuss his budding romance with beauty queen Sharon Gaffka on the show, and when asked whether she thought Sharon's head could be turned by Chuggs, the latest villa entry, she was confident she'll stay with Aaron for now.

She said: "I think she's going to stick with Aaron. She liked him from the very beginning".

Aaron and Sharon shared a steamy kiss on Thursday night – and fans were in stitches on Twitter after the intimate smooch left Aaron's face covered in foundation.

The pair have previously locked lips in challenges but this was the first time the two kissed in private – with no challenges telling them what to do.

Aaron and Sharon are both currently coupled up with other people, appeared to share mutual feelings for each other and even decided to discuss a potential romance whilst up on the rooftop.

Pharmacist Anna was also quick to compliment Sharon, saying that she "loved her".

It comes as Page 3 babe Shannon Singh has broken her silence on Instagram after she was dumped from the villa after just two days on Wednesday.

The OnlyFans model shared a sizzling photo of her wearing a pink string bikini, and said: "I'm back everyone!

"I cannot believe the amount of support I have received, I love every single one of you!

"Thank you to my best friend for life Ruby Kell for running my socials whilst I was gone."

She then admitted that she was "gutted" but "so grateful" for the opportunity to be on the show, and asked that everyone please "be kind".