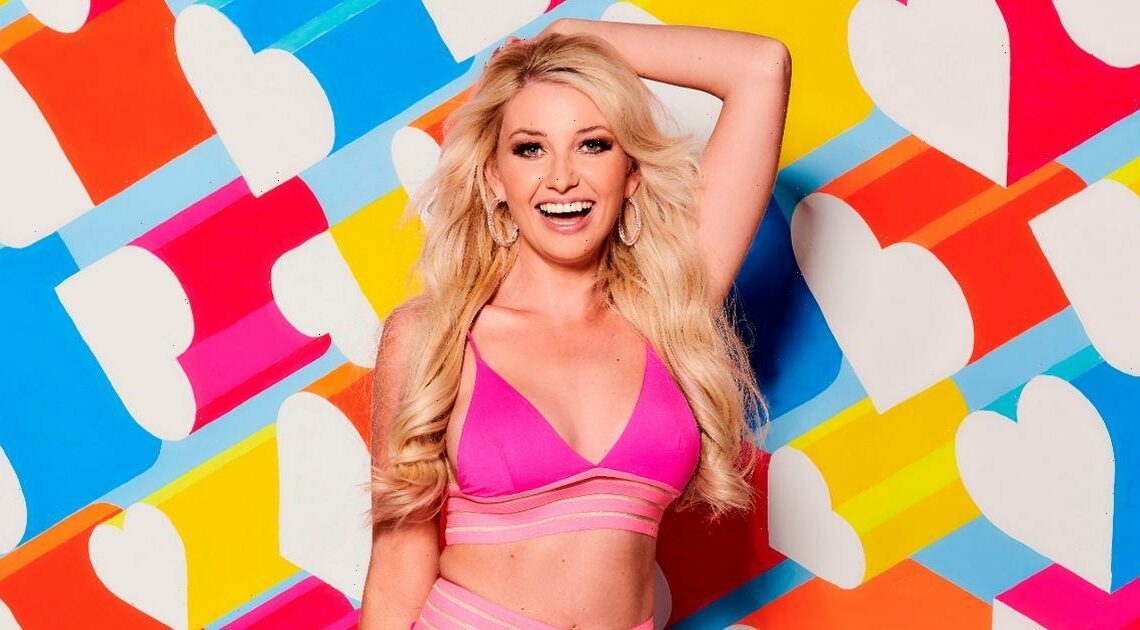 Love Island’sAmy Hart has opened up about the behind the scenes secret from inside the villa.

The blonde beauty shared exclusively with Daily Star that the Islanders meet with a welfare person twice a day who checks up on them.

Love Island has vowed to do more for the Islanders’ mental health and wellbeing after the deaths of contestants Sophie Gradon and Mike Thalassitis.

Amy said: “The welfare people come in at lunchtime and dinner time, check how much water you’re drinking.

“I had a little meltdown in the beach hut on the second day and they were like ‘Welfare is coming to get you’ and they take you outside and they’re like are you okay?

“Their priority is you and that’s amazing.”

Amy went on to explain the reason why the Islanders are never seen eating, which is that it’s the one time of day they aren’t filmed.

“Everyone goes why don’t you see us eat and I’m like because it’s boring!” she said.

“There’s so much good stuff that gets cut out, that doesn’t make it into the show, like if you watched us eat that would be a lot of boring time.

“And the crew are human too and they need a break so they can’t cover all of it.”

Don’t be worried that you’re missing anything though, as Islanders are strictly instructed not to talk about Love Island at meal times.

Amy said: “You’re not allowed to talk about anything to do with the show at lunchtime. They call it ‘s*** chat’ – so nothing to do with your couples, or how you’re feeling – just general chat.”

As for the mobile phones, Amy explains that the phones are recycled through the contestants, and while they can’t be used for calls, she used them to have fun with the other Islanders.

“Me and Tommy used to wind everyone up when we were bored, and say ‘I’ve got a text’,” she said.

“They used to sing In the Ghetto by Elvis Presley and we would text each other and then you'd be like ‘I’ve got a text!’ And everyone would be like ‘What is it now?’ and it would just say #intheghetto.”

She went on: “You know something is going to happen when all the phones come out. One day me and Amber were really bored so we were like ‘Should we go and hand all the phones out?’ to try and make people think something was about to happen.”

One of the biggest draws to the show is its partnership with I Saw It First and Amy explains that contestants get to keep the clothes they’re given, which are picked based on their own personal style.

“You pack your own clothes, you get two suitcases. And then you get given clothes every week from I Saw It First. They see what you like at the beginning and then send things in for you,” she said.

But she won’t reveal too much as she says: “Love Island is so magical because people don’t the secrets behind it. It’s not scripted at all, we were never ever told what to say. But there’s reason that it’s the best show of TV.”

Amy Hart was speaking to the Daily Star in conjunction with William Hill.

Get the latest updates from the Love Island villa by signing up for the Daily Star Showbiz newsletter .