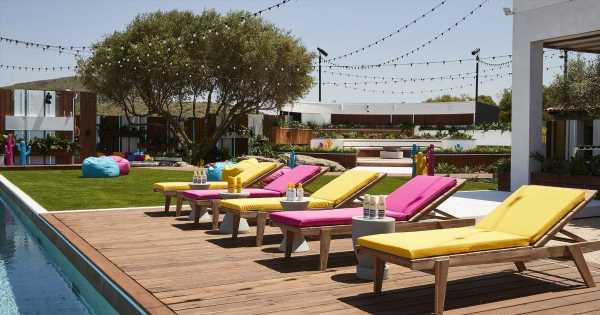 Adore it or hate it, Love Island is back to make us all feel a little bit miserable that we aren’t in the best shape of our lives, flirting with beautiful people on a remote Mediterranean island.

This year’s gym-fresh hopefuls will be keeping their fingers crossed they don’t get the axe at the firepit, and instead make it through to the final, the end of the show and all the possibilities that lie beyond.

Love clearly isn’t the only benefit for the show’s entrants, with a variety of new opportunities opening up for those who build up a fan base during their time on the show.

Love Island has been filmed in multiple locations over the years, with the debut outing of the summer stalwart taking place on the other side of the world – all the way in Fiji.

This isn’t still the case though and instead, the excitement happens somewhere a little closer to home.

Series eight comes with a major change this year, as it's being shot in a brand new location.

A spokesperson said: “The ultimate summer of love is on the horizon as Love Island makes its long-awaited return, direct from a brand new villa in Mallorca.”

The largest of the Balearics, the island paradise of Majorica is soon to have the eyes of a somewhat less sunny landmass glued to it for around two months, as Brits hanker for a spot of pool-side drama from the comfort of their own homes.

The villa is nestled in the island’s north-east, nestled between fields leaving the Islanders with a strong sense of isolation.

The new pad isn’t far from the old joint through – in fact it’s just 10 minutes away.

This gaff comes complete with an all new bold interior design, chocka with neon colours and pop-art.

Its pool is a serious bit of kit – 20 feet long and with an infinity design – while the firepit has a long walkway leading up to it to provide major drama when some big moments take place there.

There’s a new rooftop terrace that comes complete with a daybed, while the bedrooms have enjoyed a bump up in the amount of space available – there’s also now an enormous outdoor kitchen and gym.

Mike Spencer, the show’s producer, said: “We decided we wanted to have a new summer. We have a new designer on board called Patrick Watson. We viewed quite a few villas and this one was by far the best.”

*Love Island kicks off tonight at 9pm on ITV2

I’m 29 and I’ve just given birth to my NINTH boy… I only delivered my eighth nine months ago, I never use contraception