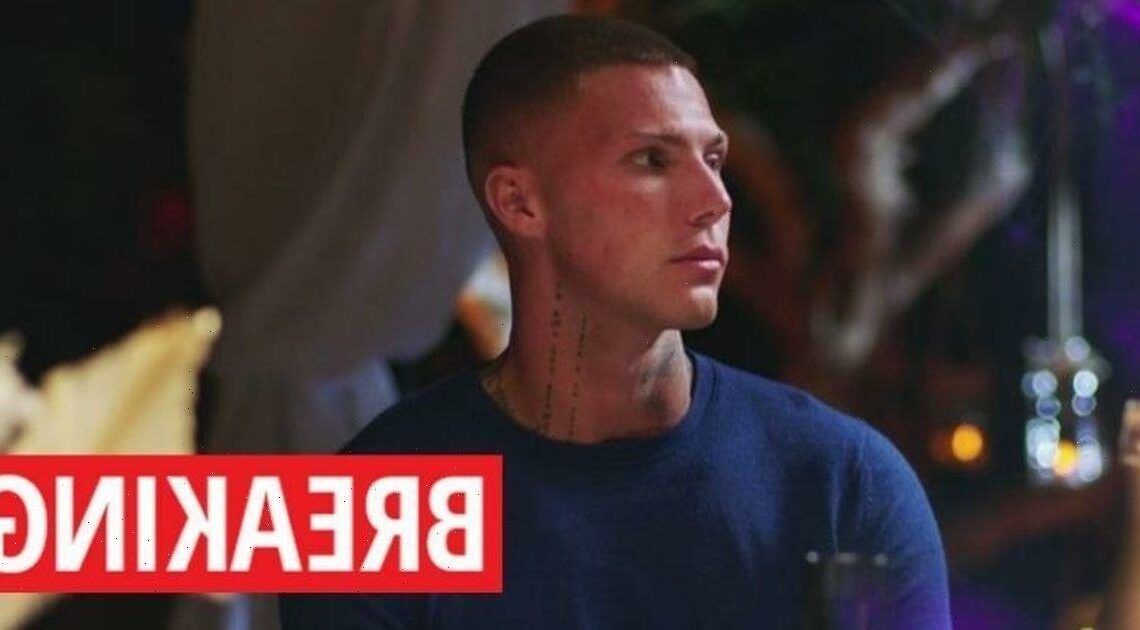 Love Island's hardworking producers have released yet another bombshell into the infamous villa – and, unsurprisingly, he's a bonafide hunk.

Kaz Kamwi was chuffed to get a text on Thursday evening, inviting her on a date with the newest addition to the 2021 cast – Danny Bibby.

Danny, 25, is a plumber and clothing brand owner from Wigan, who describes himself as a "motivated and ambitious guy".

The handyman believes he's going to be the "alpha male" in the Love Island villa, and admits he's guaranteed to be a "good laugh".

When asked why he decided to sign up for the show, he said: "My mindset has changed in the last year. Lockdown has really made me reevaluate my life and it’s done me good."

"Lucinda is my type – nice eyes and tanned," he said.

"Sharon is nice. I like Kaz’s vibe. Kaz is bubbly like me so I think we’d get on like a house on fire. I think me and Kaz will vibe."

Before his arrival, little was known about the dashing newcomer, but his debut was accompanied by two teasing hashtags – "trade up" and "handyman".

The rest of the Islanders deduced Danny likely worked in the building trade, much like recently dumped contestant, labourer Brad McClelland.

Making his first appearance, he walked down the path to the villa, before taking a seat at a candlelit table, ready for his date with Kaz.

Kaz – who has been single since her romance with footballer Toby fizzled out – was excited about the date, and the girls helped her to get ready.

Liberty Poole showed her support by creating a catchphrase in Danny's honour, yelling: "Go and get the handyman that can handle you."

Viewers will have to wait until Friday to get to see how their date goes – but hopefully, sparks will fly between the two singletons.

Danny's arrival comes after hair extension technician Andrea-Jane Bunker made her entrance on Wednesday evening, strutting into the villa and getting to know each of the boys.

AJ, 28, has her heart set on two men in friendship couples – Aaron Francis and Hugo Hammond – though a third handsome singleton has caught her eye.

Before her arrival in the villa, she said: "There is something about Teddy. He’s a bit of me. In terms of being adventurous and spontaneous, I think we’d get on really well."

Sadly, financial consultant Teddy Soares is currently coupled up with lettings agent Faye Winter – could this be the stormy beginning of a Love Island love triangle?

Love Island continues on Friday at 9pm on ITV2.