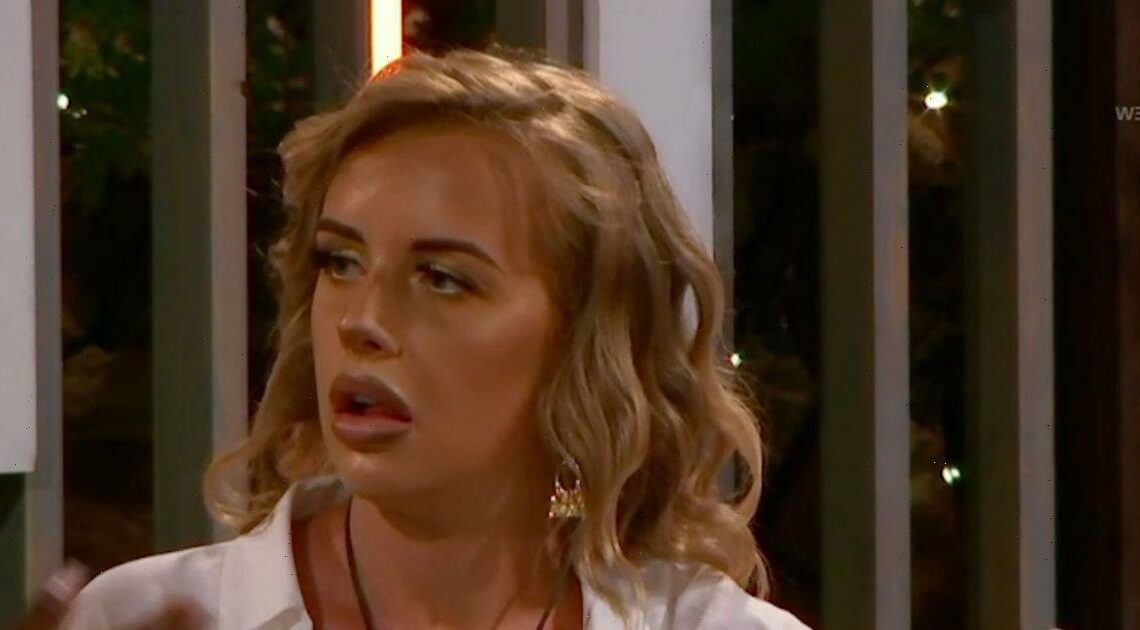 Love Island's Faye Winter goes on another rampage during Tuesday's episode as she and Teddy try to work out who voted for them as least compatible.

Both she and Teddy are left raging after finding out that three of their fellow couples decided they were the least compatible couple.

The islanders had been told to make the difficult decision earlier this week, which led to newcomers Priya and Brett being sent home during Monday's episode.

During today's show, Teddy says: "I feel hurt by the guys’ decisions, more so because they haven’t given me honest opinions. So I am going to look at them very differently from here on out. It is what it is."

Faye agrees: "When people haven’t voiced it and then been our biggest supporter and then been cheering us on and stuff, it does hurt because I do care about your guys’ opinions."

The teaser at the end of Monday's episode hinted at Faye's fury as she could be seen raging at Jake on the swing seat.

She is seen saying: "She is the most genuine person I’ve ever come across in here, and you, outside or in, are a different person and you’re p*ssing me off now."

Faye then storms off as she shouts: "I’m so far done with you Jake it’s unreal," as Jake can be heard mumbling "Jesus Christ" under his breath.

Meanwhile, Jake and Liberty, who were tipped to win the show earlier this series, also opened up about their feelings after finding out they had been in the bottom four couples as well.

Liberty says: "We knew people might vote for us because of what we’ve been through.

"At the end of the day we knew we’d be an option and we guessed it. We’re fine about it."

Jake replies: "Everyone’s entitled to their opinion, it’s as simple as that."

Faye has become infamous for her temper, as her sweary tirade at Teddy about his antics in Casa Amor sparked the show receiving a record-breaking amount of Ofcom complaints.

Around 25,000 viewers went to Ofcom after the controversial scenes aired, and Faye later gave Teddy a grovelling apology for her behaviour.

Guest refuses to go to wedding after bridezilla bans her outfit – so who’s in the wrong?