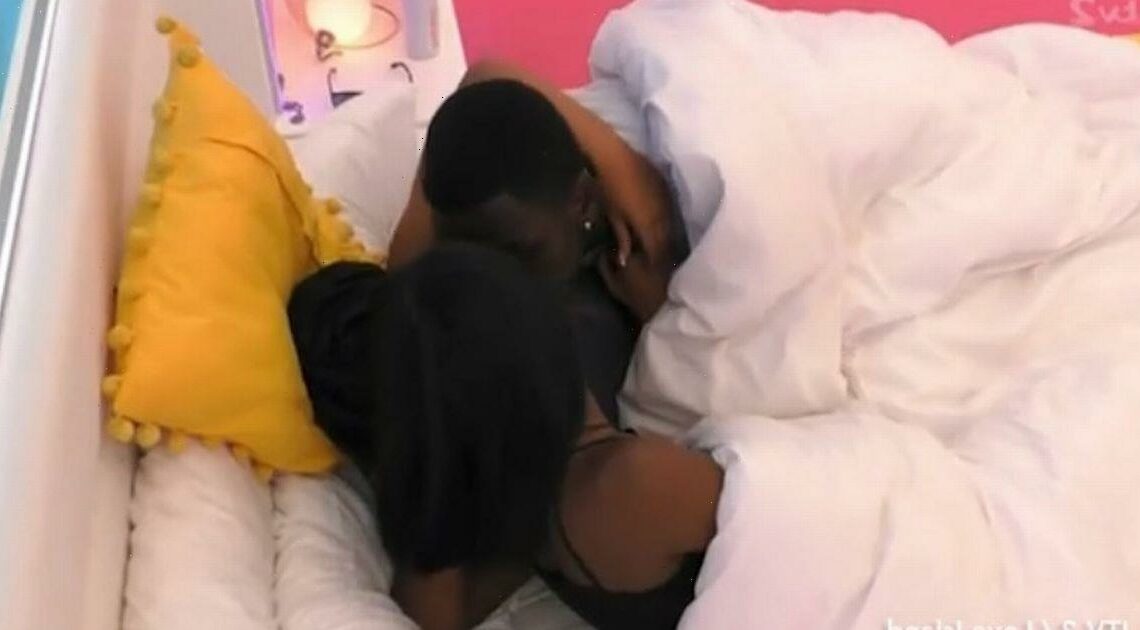 Love Island fans who were hoping for Dami Hope and Indiyah Polack to win the show have had their dreams crushed after the Dubliner snogged Summer Botwe and Chyna Mills at the same time in Wednesday's episode.

Dami had already played tonsil-hockey with Summer earlier this week, but he went one step further as the Islanders prepared for bed during the show.

He had previously stated how happy he was in a relationship with Indiyah, who seems to be staying loyal to him in Casa Amor.

Ahead of the Casa Amor recoupling, which the Islanders only found out about at the end of Wednesday's episode, Dami jumped into bed with Summer and Chyna.

"Should we do a three-way kiss?" he suggested.

They then shared a kiss a Dami rolled on top of them.

And it's safe to say that viewers were less than impressed.

Do you have a story about one of this year's Love Island stars? Contact us at [email protected]

"THREEWAY KISS?? Just say you HATE Indiyah" one fumed, with a second adding: "A THREEWAY KISS? dami you’re DONE FOR."

Another wrote: "Threeway kiss? DAMILOLA you don’t respect indyah at all" while a fourth said: "Dami is taking the piss now. Threeway kiss?"

Naturally, we didn't get a payoff on Wednesday, as another ITV cliffhanger caused outrage online.

Viewers have been on the edge of their seat as they waited for the girls to return from Casa Amore and finally discover which partners the islanders had chosen to recouple with.

We saw Laura Whitmore enter the villa in a teaser at the beginning of the episode and lead viewers to believe the results would be announced on tonight’s episode.

But as the episode came to an end, fans went into meltdown mode after discovering they’d have to wait another day to find out the results.

Oil prices: Experts predict how low they could go amid a recession

The 9 Richest Fashion Houses In The World, As Of 2022
World News