Home » TV & Movies » Love is Blind reunion: Why was Mark Cuevas not on Netflix’s After the Altar? 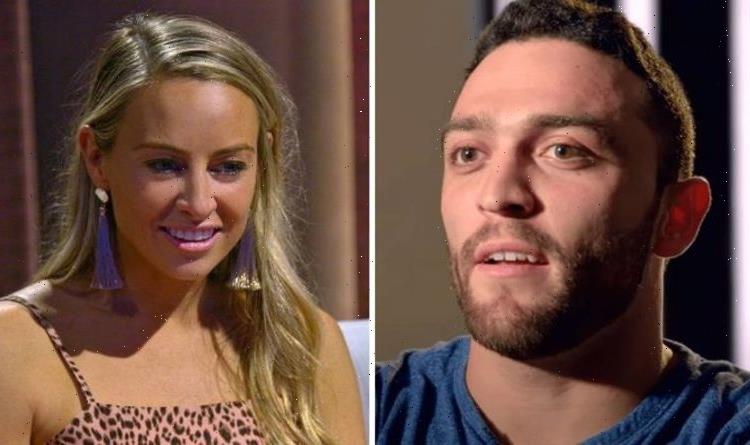 Love is Blind reunion: Why was Mark Cuevas not on Netflix’s After the Altar?

Love is Blind exploded onto Netflix last year, filled with gossip, heartwarming moments and plenty of rows. Filming for the show actually took place in 2018 so After the Altar was a chance to see if any of the couples were still together two years on. Unfortunately, one of the cast members was nowhere to be seen in the reunion special.

WARNING: This article contains spoilers from Love is Blind: After the Altar.

Why was Mark Cuevas not on Love is Blind: After the Altar?

Mark was paired up with Jessica Batten during the dating pods process and he quickly fell head over heels for her.

Initially, Jessica wanted to give their relationship a go and turned down Matthew Barnett, who she was also dating in the pods, in favour of Mark.

But once they got to see each other in real life, Jessica said she didn’t feel as attracted to him.

She then saw Barnett and throughout Love is Blind, carried on hinting at how she regretted her decision and wanted him back.

Barnett was happily engaged to Amber Pike throughout this but Jessica still wanted to pursue him, causing problems for everyone.

Amber and Barnett did get married and remain loved up to this day which is more than what can be said for Jessica and Mark.

They didn’t end up tying the knot as Jessica turned him down and broke up as a result.

Mark did get his happy ending though as he went on to marry Aubrey Rainey shortly after the filming of Love is Blind: After the Altar.

So it’s no wonder that Jessica, who remains single, was nervous at the thought of seeing him again at the reunion show.

On After the Altar, she confessed: “I think my biggest fear going into the party is seeing Mark’s girlfriend and what their dynamic is going to be.’

“‘Is she going to approach me?

“‘Does she have negative feelings towards me? What is that interaction going to be?’”

Luckily for Jessica, Mark didn’t show up to the event after all.

In the show, it was revealed that Mark chose not to attend the Love is Blind after party.

He didn’t want to as he decided it would be best to stay at home with his then-girlfriend Aubrey.

Standing up for her friend, Amber said: “I understand him not being here 100per cent.

Mark and his wife Aubrey have since become first-time parents.

She gave birth to their little boy Ace back in April and have shared numerous pictures of him on Instagram.

In the first post, he wrote: “Cheers to our life together with baby Ace, I love you”.

Love is Blind: After the Altar is available to watch on Netflix.