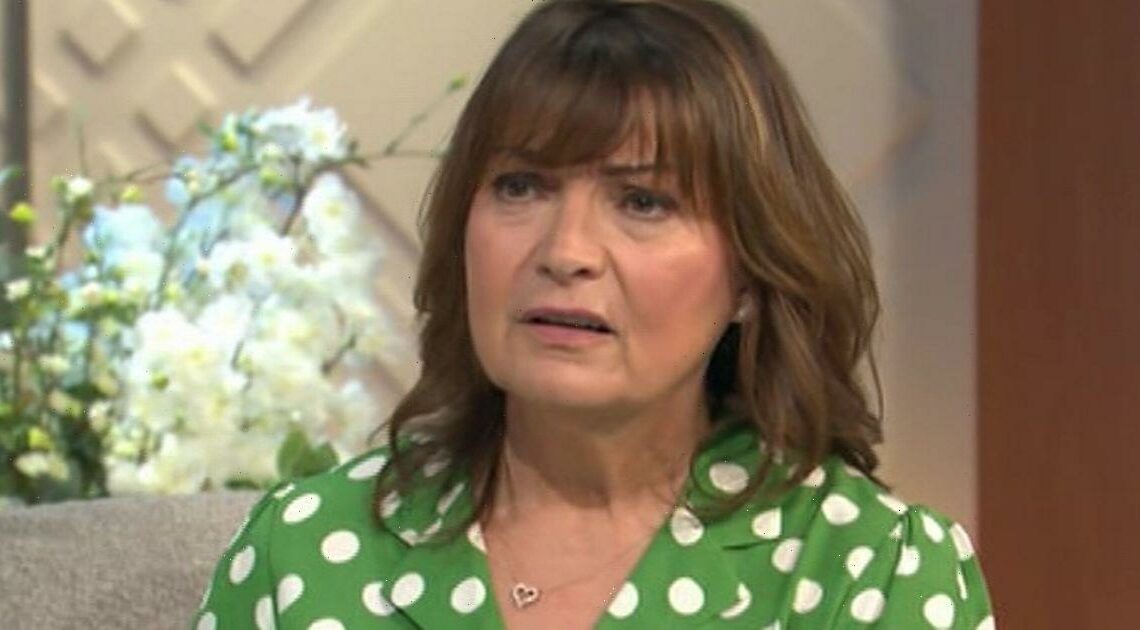 Lorraine Kelly was slammed by viewers concerned over mental health for her coverage of Prince Harry’s revelations on his new documentary on Friday.

The new Apple TV programme – The Me You Can't See, which saw the Duke of Sussex team up with pal Oprah Winfrey and a series of other high-profile celebrities – delved deep into the traumas and struggles he’s suffered over the years.

Prince Harry talked about the loss of his mother, the difficulties within his family, and the now highly-publicised mental health battle his wife Meghan Markle, the Duchess of Sussex suffered while she was a senior member of the royal family.

Yet while there were debates across the board over the prince’s admissions, the overwhelming topic was the pain and trauma he’d suffered growing up.

Scottish presenter Lorraine called some of Prince Harry’s statements "terrible" and she was clearly upset by the admissions, but a number of viewers reminded the host of her earlier comments this week.

During one conversation following the release of his podcast with Dax Shephard, Lorraine warned the Prince to “be careful” about "frittering away" his support from US people.

Discussing Harry’s memories of learning about Meghan’s suicidal thoughts during the documentary, Lorraine said seriously: "That’s really interesting that he said he is ‘somewhat ashamed’ and also that’s terrible.

"You know what’s really terrible, we treat these people like cartoons almost and they’re actually human beings trying to go on with their lives albeit in a very odd position."

"Well he’s talking very candidly there isn’t he," royal expert Russell Myers responded. "Not only about the relationship he has had with his own parents but also his own struggles.

"Very interesting that he said he was ashamed because he is a mental health advocate, it’s one of his pillars of the work he does.

"Interesting he is admitting that, talking it forward."

Viewers responded in their droves to the coverage, as one person criticised: "So much disgust from ITV GMB Lorraine this morning regarding the BBC/Diana interview.

"Much talk of William/Harry's mental health. Strangely silent when it was Piers Morgan slagging Meghan off every day. Funny that."

"'I don’t know how much more we can hear from Harry' Lorraine and This Morning are so quick to say that Harry and Meghan should shut up and go away.

"But here they are still talking about them. If the media didn’t talk about them, they would go away," another person commented, and a third shared: "Not Lorraine just saying it's really sad. When she's spent months slagging off Harry & Meghan."

It comes after Lorraine spoke to Ross King about the Armchair Expert podcast, as she remarked: "As we know, Prince Harry and Meghan left the UK partly because they didn’t like the intrusion into their private lives but since they’ve gone to America they have done quite a lot of interviews and things, and poor wee Harry has put his foot in it, hasn’t he?

"He just has be careful. It's a difficult one and obviously they are very, very popular in the US and he doesn't want to fritter all that away, I guess," the host added at the time.

Lorraine continues weekdays at 9am on ITV.

If you have been affected by any of the issues mentioned in this article, you can find support from the Samaritans. You can call 116 123 or email [email protected]