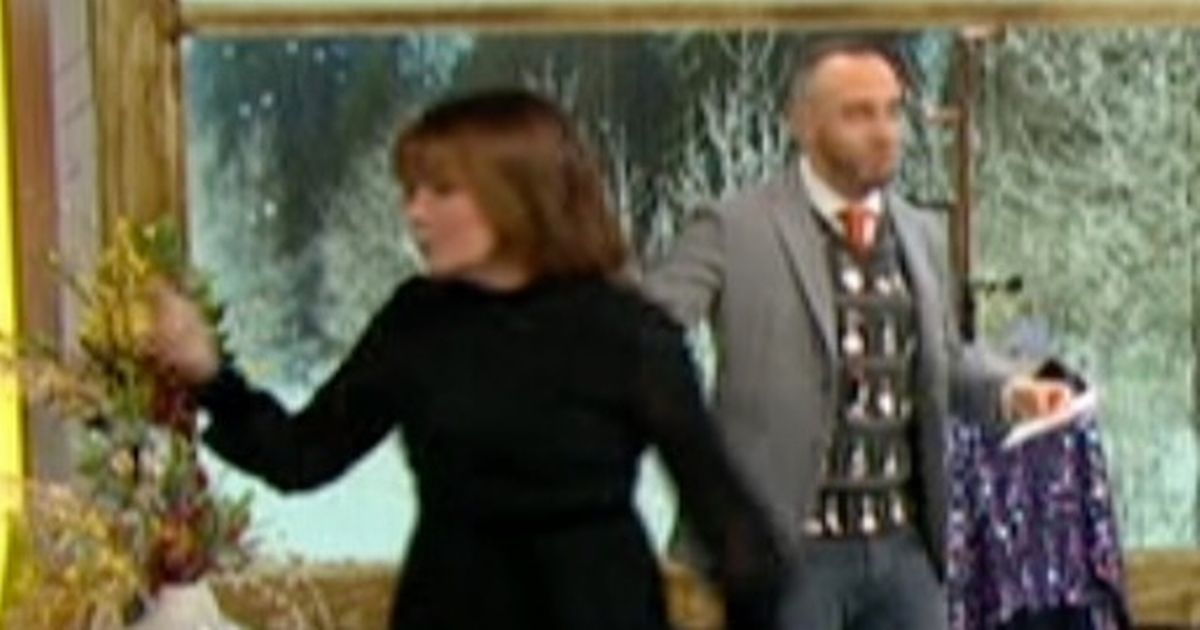 Lorraine Kelly walks off her own show in shocking moment

Lorraine Kelly walked off her own show during a fashion segment.

The ITV star had been listening to one of her contributors, Mark Heyes, as he showed off some of the best picks of winter fashion, with everything from sequins to jumpers to partywear sported by the models.

But in a random moment, Lorraine strutted off set, leaving Mark to fend for himself as the rest of the models came on to show off what they were wearing.

While it may seem like Lorraine was upset with the fashion choices, or just needed a break, this was not the case, as in fact, she was struggling with a coughing fit.

So much so, she had to excuse herself to grab a quick drink.

She said: "I’m going to have to go," as her co-host encouraged her to take a break and pop off set.

Lorraine vanished, only to return to set with a big mug of water.

She kept coughing, but turned to Mark and said: "I’m fine, I’m fine."

While many fans were very understanding of her ordeal, others were not, with one fan tweeting: "Lorraine put your coffee cup down. IT looks awful to be drinking and talking at the same time"

Lorraine airs weekdays at 8.30am on ITV.

Stocking Stuffers & Ornaments — Over 50 Tiny But Amazing Gifts Under $20