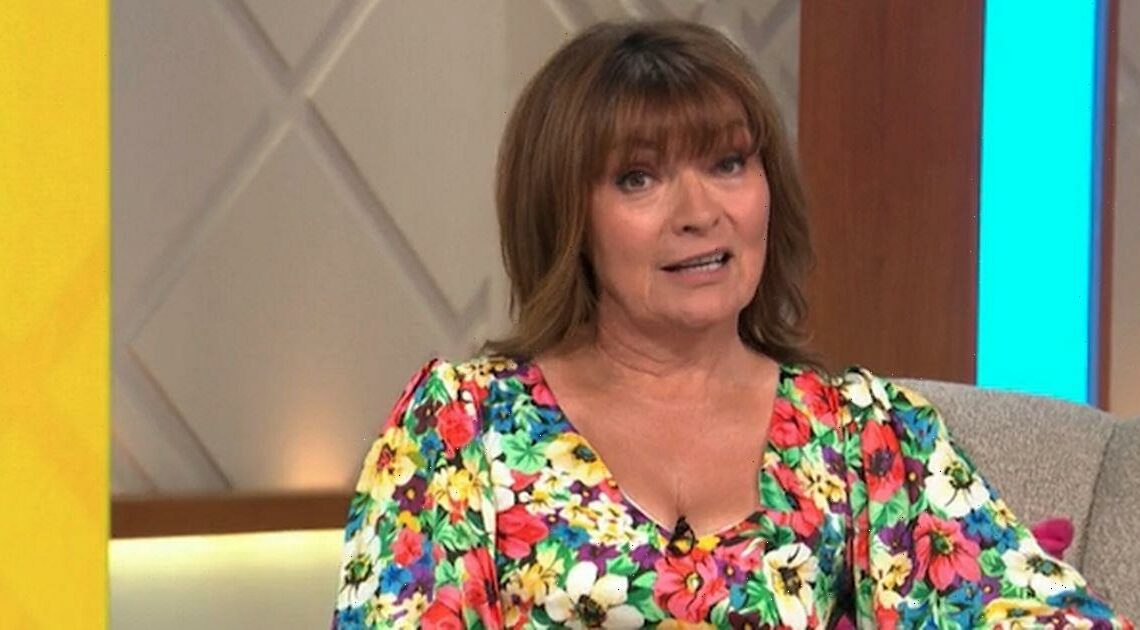 Love Island hunk Jay Younger was admired by ITV star Lorraine Kelly as he made his debut on her talk show.

The 62-year-old presenter returned to work on Monday (July 18) after testing positive for coronavirus last week.

Andi Peters wanted to welcome his colleague back with a treat in the shape of a topless Jay.

Lorraine was clearly flustered as Jay appeared on camera with Andi live from Brighton Pier.

Enjoying the heatwave, Jay showed off his muscles by wearing just a pair of black shorts.

Before Andi gave details of the latest ITV competition, he teased Lorraine with her special treat.

He said: "I wanted to give you something to make sure you're feeling better to get your blood pumping, so that’s especially for you."

Lorraine before she spotted the topless hunk and broke into an enormous smile.

Jay wasted no time in complimenting the ITV legend on how well she looked.

The dumped Islander said: "Morning Lorraine, good to see you back, you're looking lovely."

Lorraine giggled as she couldn’t stop herself from smiling and declared: “Oh, he's so cute!”

Andi teased the young reality star:"“Don't flirt with Lorraine" before he pointed to Jay’s defined abs and added: "That's all you’re interested in Lorraine that six pack!"

The Scottish presenter was left speechless, but managed to admit after a few moments: “It’s very nice."

As Andi continued to disclose the details about the latest prize, Lorraine could be heard of screen declaring: "He was sweet wasn't he!"

Later, Andi and Jay returned on the pier and Lorraine found her voice once again to have a giggle and tease that Andi should bring Jay back for her as a "souvenir."

Andi asked Lorraine what she would buy if she was on the pier today, before adding: "Don't wanna know, you can't stop but flirt!"

She then beamed as she looked down and composed herself to say: "You know how you normally bring back souvenirs from your holiday, then you know, there you are.

There's a lovely souvenir if he wants to, that would be fine, thanks, thank you so much.