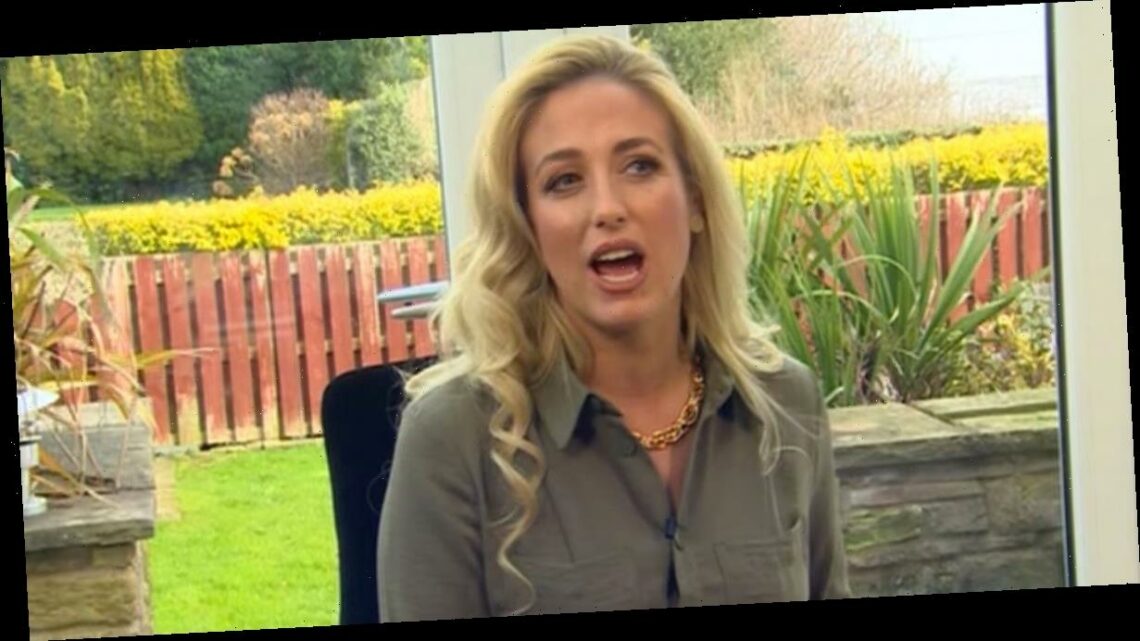 Loose Women host Jane Moore was forced to apologise on Wednesday's edition of the ITV daytime show after panelist Paris Fury suffered a slip of the tongue live on air.

While discussing her latest pregnancy news, Tyson Fury’s wife said the “sh*t hit the fan” when lockdown 3.0 was announced.

She explained the pregnancy was planned, but that she wasn’t expecting to contend with homeschooling five children while pregnant with their sixth.

“We were planning this one and it’s come at a great time,” she said.

“The idea was that it was wonderful and it was all great news until we came home and it was all lockdown and there’s no school and everything is back up in the air.

"So yeah, it was a great idea until sh*t hit the fan and it’s not going too well."

"Ooh, sorry about that, little bit of language!,” Jane laughed.

Paris chipped in: “Sorry about that!”

Viewers at home rushed to their keyboards to discuss the the moment Paris turned the air blue.

Taking to Twitter, one viewer penned: "The producers will be SHAKING watching Paris after that."

Another commented: "Swear word and the shows (sic) only a minute old!!!!"

The TV star went on to open up about how "drained" she is homeschooling five children while battling morning sickness and raising her other kids, calling it a "manic few weeks".

A red-faced Jane apologised to viewers again for Paris' bad language just before the break.

The presenters continued to joke about the Fury's habit of giving their babies unusual names, including three sons all named Prince and daughters Venezuela and Valencia Amber.

This will be the couple’s sixth child, following the birth of youngest Prince Adonis Amaziah in 2019.

Paris met her profesional boxer husband Tyson when she was just 15. She finally married the heavyweight boxer in 2008.

They were recently pictured on Paris’s Instagram page sharing a Valentine’s Day dinner for the first time since announcing her pregnancy.

She also chipped in on how difficult it was to adjust to living with a boxer on the ITV show.

Paris and the other presenters later joined Strictly dancer Giovanni Pernice for an impromptu salsa lesson, with hilarious results.

Loose Women airs on ITV every weekday at 12:30pm