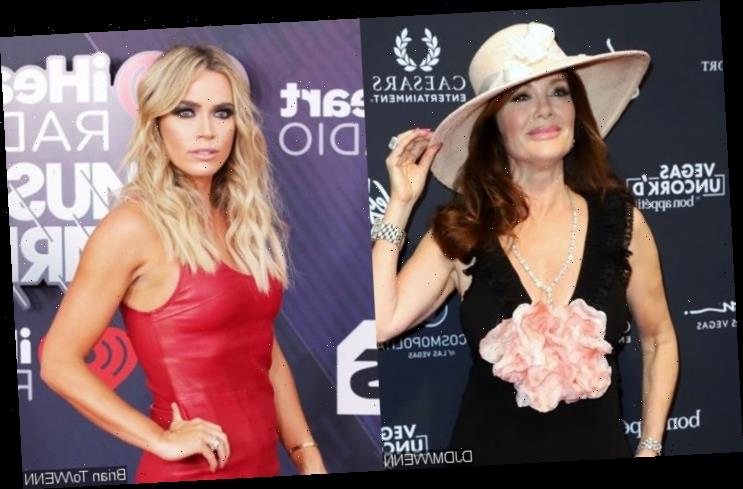 The ‘RHOBH’ alum’s response is totally different from Kyle Richards, who sends a sweet message for Teddi after news of her exit from the Bravo reality show hits the web.

AceShowbiz -It is no secret that Lisa Vanderpump and her former “The Real Housewives of Beverly Hills” co-star Teddi Mellencamp don’t have the best relationship following the infamous PuppyGate. Weighing in on Teddi’s exit from the Bravo reality series, Lisa can be heard taking a jab at Teddi in a new episode of her podcast.

“People said because she was boring. I certainly didn’t have a good experience with her, so boring would be one of the nicer things that I could say,” the 60-year-old star quipped on her “All Things Vanderpump” podcast. The restaurateur also commented on the controversy surrounding Teddi’s All In by Teddi accountability program.

She went on saying, “I guess whatever works for you – but apparently it didn’t for everybody.” Throwing another one last time, Lisa added, “Anyway, wish Teddi Mellencamp all the best… said no one ever. Okay, moving on.”

Her response was totally different from Kyle Richards, who sent a sweet message for Teddi after news of her exit hit the web. “To my friend @teddimellencamp who I love & adore. I am so grateful for #RHOBH for bringing you into my life. You are an amazing Mom, wife, sister, daughter & friend,” so she wrote on Instagram.

Further gushing over Teddi, Kyle continued, “You work so hard, always giving it your all . You are so smart, kind , thoughtful, funny & real. I look forward to witnessing what the universe has in store for you next. I know it’s going to be amazing. You deserve it all. Cheers.”

Teddi confirmed her departure on Tuesday, September 22 in an Instagram video. “I don’t want to bore you, but I figured I could give you a little update on what’s going on. I recently found out that my contract as a Housewife is not being renewed.” She went on saying, “Of course I could give you the standard response of, ‘Oh we both came to the decision that it would be best.’ Nah, I’m not going to do that – that’s not who I am. Of course when I got the news I was sad.”

Likening the firing to “a breakup,” Teddi added, ” [It’s] because you develop such strong relationships with the cast, with the crew.” She continued, “I’m really looking forward to the future and being able to focus on my family, my friends, all in. I really feel like I have some exciting things ahead. And you know what? I’m pretty busy with this lil’ nuggs. So, thanks for coming along on this journey with me and I’ll see you soon.”