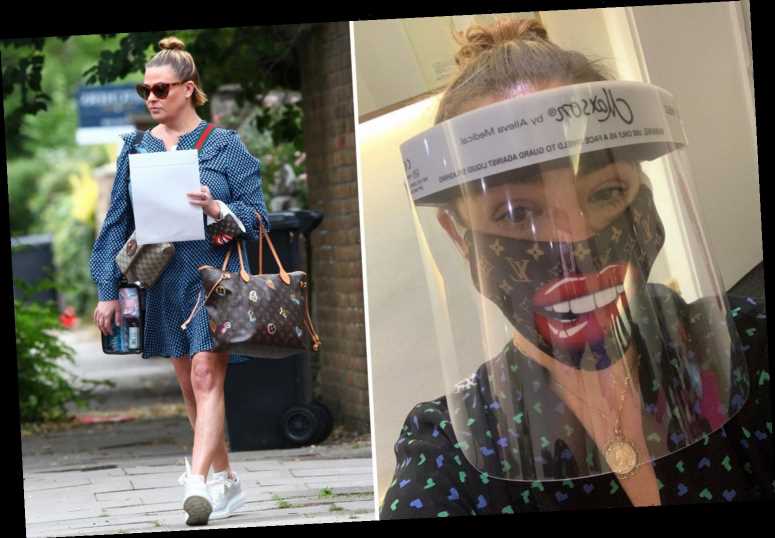 LISA Armstrong shared a selfie of her back at work clad in a PPE visor and Louis Vuitton face mask.

The make-up artist was pictured earlier in the day wearing a comfortable blue polka dot dress with frill detailing around the neckline. 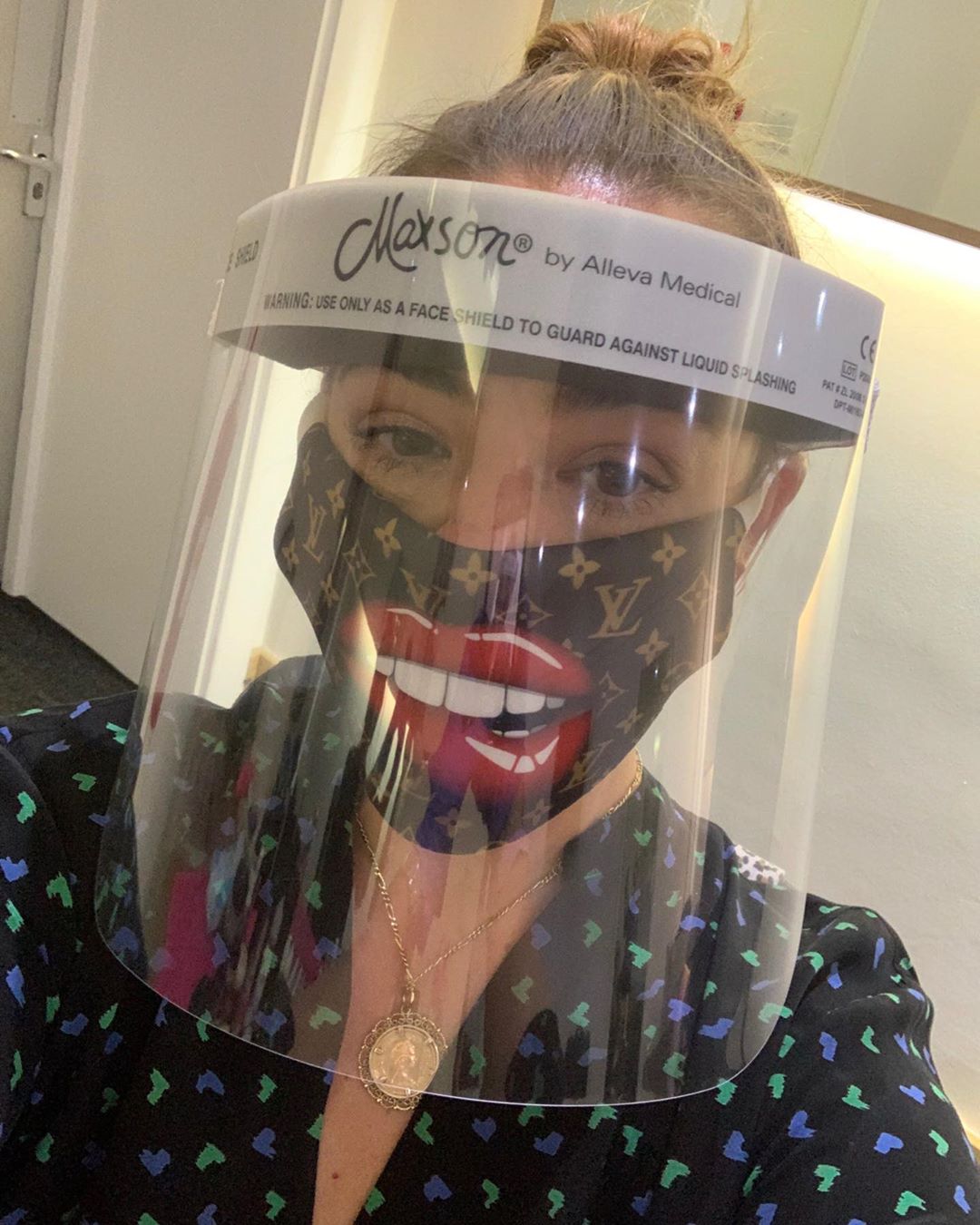 She was seen holding a selection of bags, including a Gucci Neo Vintage small messenger bag, and a Louis Vuitton 'Love Lock' Neverfull, as she got into her waiting car that was taking her to work.

Lisa – who was awarded £31million in her divorce from Ant McPartlin – later shared a selfie of her adhering to the government's Covid-19 guidelines on set of game show Catchphrase with Stephen Mulhern.

In the Instagram shot, the beauty guru worked her short hair into a topknot and sported the designer face mask, which boasted the brand's logo and a cartoon-inspired moputh across it.

With her eyes only visible, she excitingly captioned it: "And we’re back to work……. great to be working again but in such a different way!!! 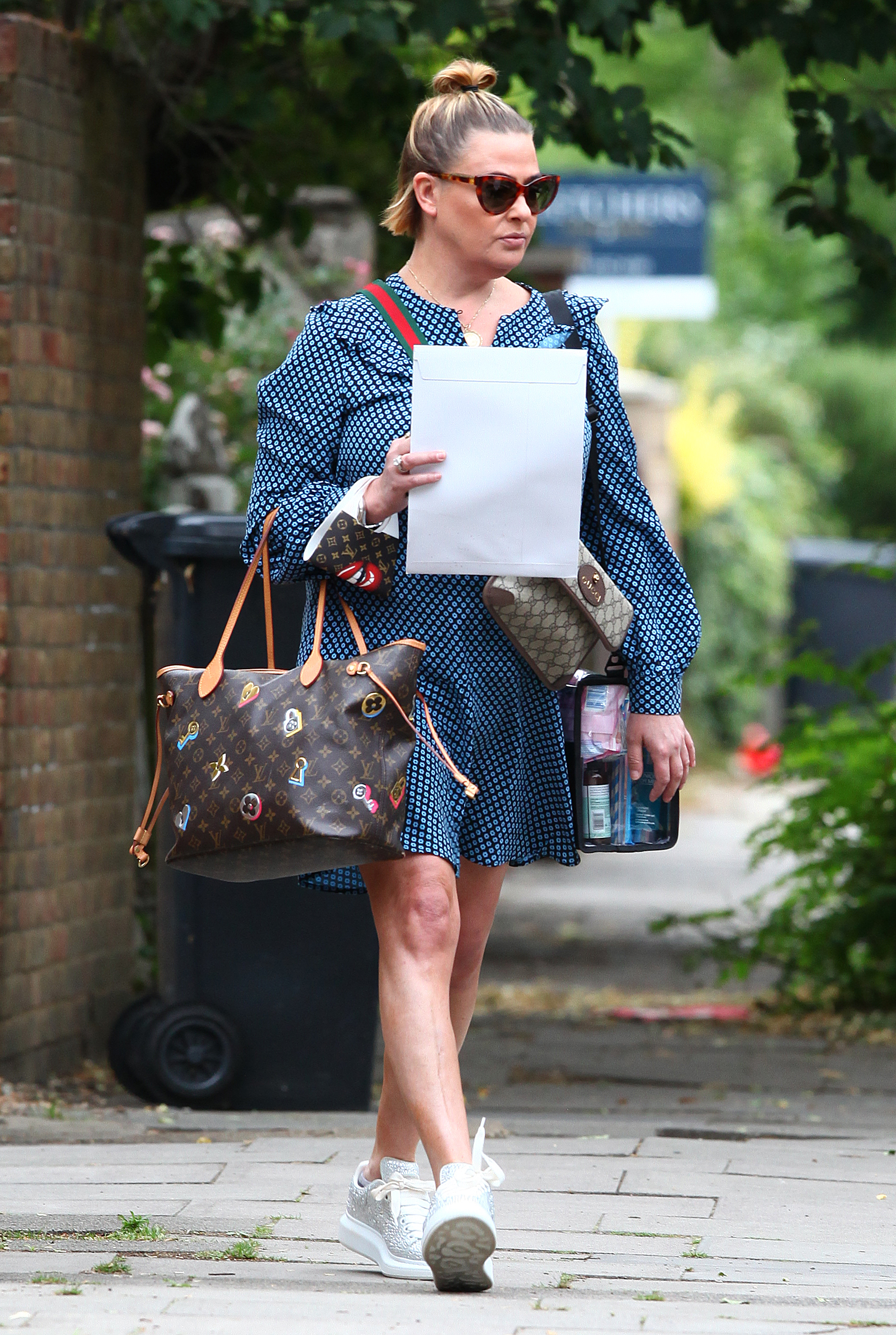 Last month, it was revealed that the star had landed a new role on Stacey Dooley's series Glow Up: Britain's Next Make-Up Star.

The reality TV show sees a group of hopefuls battle it out to win an opportunity to break into the beauty industry.

In the sixth episode of the latest series Lisa had no issue with hitting the final four with some home truths about their creative work – telling one hopeful that her "attitude stinks". 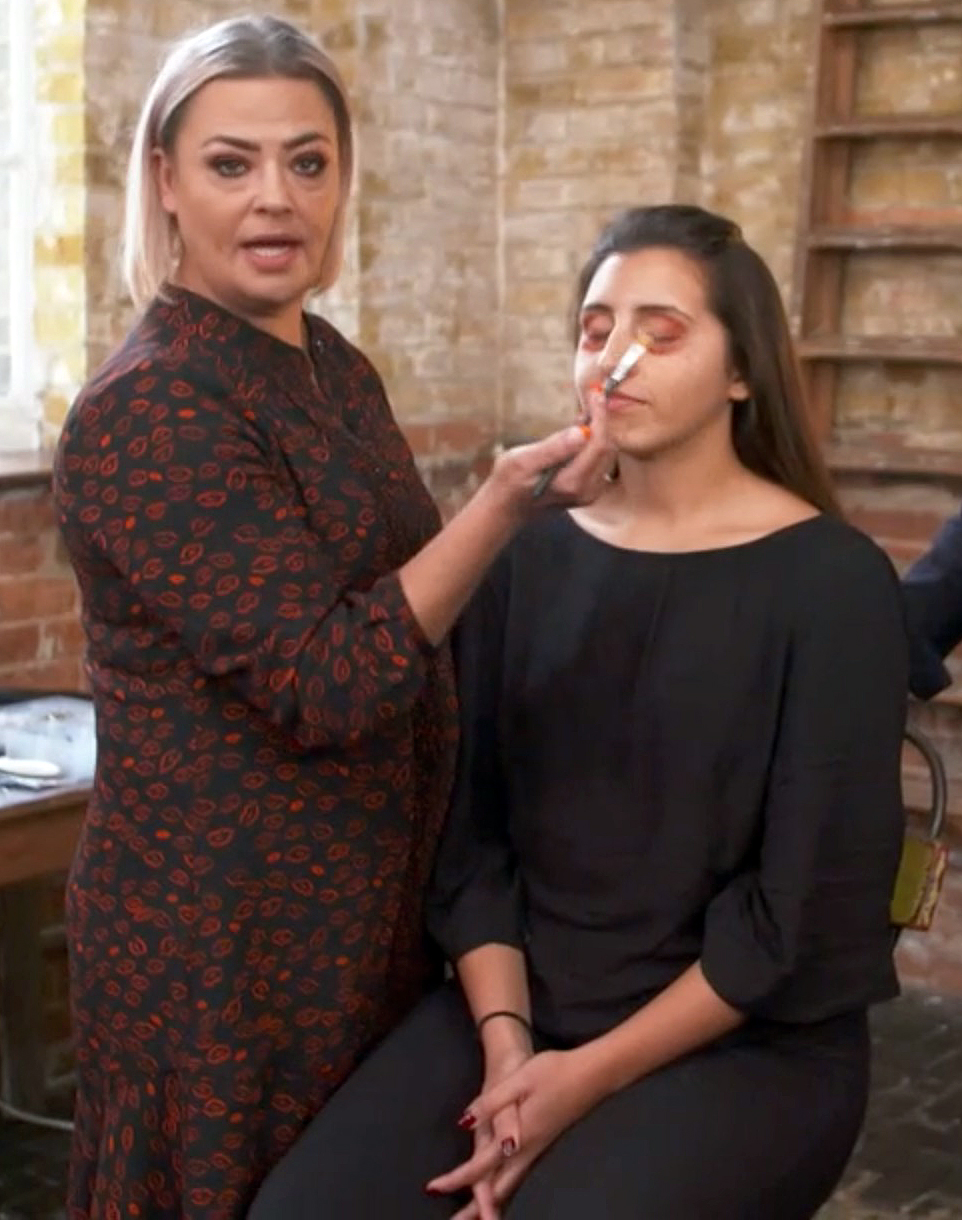 However, Lisa knows exactly what she's talking about due to her years of experience in the industry.

Before she found her calling as a make-up expert, she was one fifth of the pop group Deuce during the 90s.

When the band split in 1997 she decided to get herself a make-up diploma and the rest was history – working behind-the-scenes on TV shows like Strictly Come Dancing.

Lisa split from ex-husband Ant McPartlin in December 2017 after 11 years of marriage, with their relationship under pressure due to his addiction to painkillers after knee surgery.

Ant agreed to give Lisa over half of his £50million fortune in their divorce settlement.

Along with the £31million, Lisa also kept the couple’s £5million former marital home in West London and the pair share custody of their beloved dog Hurley.